The End of the Chain: Everything is linked

06/07/2017 - KARLOVY VARY 2017: This Estonian debut feature by Priit Pääsuke echoes the likes of Kaurismäki and Andersson as it has its world premiere in the East of the West competition

Alongside bus stations, burger joints are often repositories of lost souls and broken dreams (as well as the occasional drunk person). Set on the last day of one of these franchises, Estonian director Priit Pääsuke’s The End of the Chain [+see also:
trailer
interview: Priit Pääsuke
film profile], screening in the East of the West competition of the Karlovy Vary International Film Festival (where it took part in Works in Progress last year), takes a disparate group of people as they arrive and deal with their own problems in life. At the centre of it all is the long-suffering Waitress (Maiken Schmidt, who puts on a creditable display of frustrated exasperation at life), who becomes a reflection of the disappointment and ennui directed towards modern life that is paraded towards her.

Pääsuke’s fiction debut is redolent of the likes of Aki Kaurismäki and Roy Andersson in that it deals with weighty issues of creativity, one’s place in the world, fidelity and other existential ideas, but does so with an absurdist and humorous overtone. From the milquetoast husband who cheats on his wife and then asks her for relationship advice to the tortured poet whose only audience is a group of bored children, the characters are all faintly ridiculous but – as they stay wrapped up in their own self-importance – never quite realise it.

Chiefly set in one location and divided up into chapters, the film, which is based on a stage play, does sometimes threaten to tip into theatricality. But cinematographer Meelis Veeremets gives a fluidity to the camera work that lends everything a sense of cinematic momentum, whilst there is also a sense of hyper-reality (again echoing Andersson et al) to proceedings that heightens the film’s sense of absurdity.

Well played and often very funny, The End of the Chain is a clever and strong debut from Pääsuke. The film should find a few appreciative audiences on the festival circuit ahead of its domestic release in October 2017. The film is produced by Estonian outfit Alexandra Film, in coproduction with Luxfilm, Filmivabrik, Angel Films, Cineunit and 1Agentuur.

more about: The End of The Chain

KARLOVY VARY 2017: We caught up with Estonian director Priit Pääsuke, who is in the East of the West Competition with his first feature film, The End of the Chain

The veteran Estonian director is shooting his new feature, based on Olavi Ruitlane's book of the same name

The End of the Chain: Everything is linked

KARLOVY VARY 2017: This Estonian debut feature by Priit Pääsuke echoes the likes of Kaurismäki and Andersson as it has its world premiere in the East of the West competition 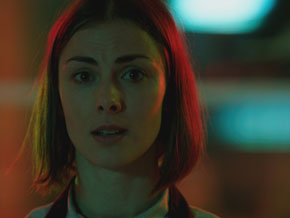 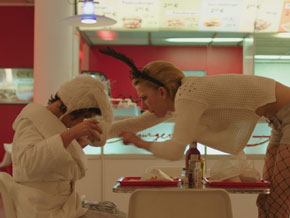