Latifa: A Fighting Heart: "I won’t give up"

06/07/2017 - Olivier Peyon and Cyril Brody’s documentary is the portrait of a messenger of peace, was produced by Haut et Court, and had its world premiere at La Rochelle

"I think back to that handsome boy that used to be mine, intelligent and full of hope. He left a void, which I have to fill by helping people". On 11 March 2012, Imad, one of Latifa Ibn Ziaten’s four children, was killed in Toulouse by terrorist Mohamed Merah, but his mother has taken her deeper than deep suffering and turned it into a calling, setting up a youth and peace association and roaming the streets of France to tell her story, listen and try to stop hate speech from corrupting young souls. This is the moving portrait of a simple yet strong woman, with a will of iron and an acute sense of respect for others, who was carried on the wings of a quest that turned her into a public figure when nothing predestined her for such a role, directed with reserve and honesty by Olivier Peyon (nominated for the César for Best Documentary in 2014 for Comment j'ai détesté les maths [+see also:
trailer
film profile]) and Cyril Brody.

Unveiled in its world premiere yesterday at the 45th La Rochelle International Film Festival and produced by Haut et Court (which will release the film in French theatres on 4 October), Latifa: A Fighting Heart [+see also:
trailer
film profile], which raised €82,000 from crowdfunding on KissKissBankBank, is an admirable life lesson on surpassing yourself and turning pain and mourning into the power to reach out, whilst also of course chiming with the vast contemporary issues associated with religion and secularism, dual cultures and integration, and the mental and real barriers to social determinism, all these potential areas of friction which terrorism feeds off of.

"How do you save a young person? In France, there’s still a lot to be done!" From Caen to Aix-en-Provence, from the Parisian suburb of Epinay-sur-Orge to the countryside of Hersin-Coupigny, from the classrooms of schools and colleges to the National Assembly, from the detention centre in Tarascon to the embassies, the radio and the news, Latifa tirelessly repeats her message, honouring the memory of her son by ordering the young people listening to and asking her questions to define themselves, to free themselves from their inner prisons and imagine an ambitious future for themselves, never giving up hope. Her words are never tainted by even a spot of do-gooder-ism, as through her own experiences as a woman and a mother who came to France in 1977 from Morocco at the age of 17, Latifa is perfectly aware of the everyday lives of these young people ("I’m not blind. Integration? A child born in France doesn’t want to mop the floor. You have to keep your pride"). And so, also journeying to her hometown of M'diq and as far as Beijing, Tel Aviv and Ramallah, the film, which strikes a skilful balance between Latifa’s personal memories and her everyday life as a harbinger of peace, nonetheless does not get unstuck when Latifa is faced with more or less aggressive and well-reasoned opposition to her message, with threats (a message sent by phone: "we’re going to get you and your family") and sometimes the limits she is bound by, as a simple woman speaking with her own voice, not a politician or a diplomat, or even the representative of an ideological or religious movement. But as her daughter says with admiration Latifa, "is a bit like a modern-day Gandhi".

Latifa: A Fighting Heart is being sold internationally by Israeli company Cinephil.

more about: Latifa: A Fighting Heart

Latifa: A Fighting Heart: "I won’t give up"

Olivier Peyon and Cyril Brody’s documentary is the portrait of a messenger of peace, was produced by Haut et Court, and had its world premiere at La Rochelle

Hazanavicius, Doillon, Mouret, Finkiel, Provost, the Rénier brothers, the duo of Olivier Peyon and Cyril Brody, and Lorenzo Mattotti have also been selected

The Venice Gap-Financing Market presents its selection of projects

An opportunity to secure international funding for 25 fictional feature films and documentaries and 15 virtual reality and interactive projects, web series and TV series 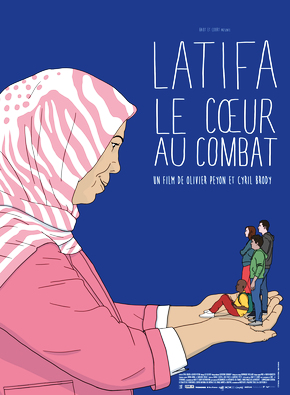 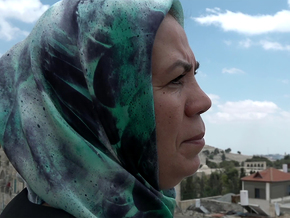 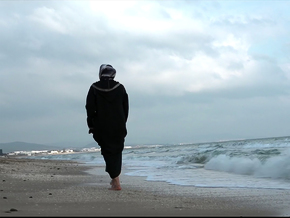 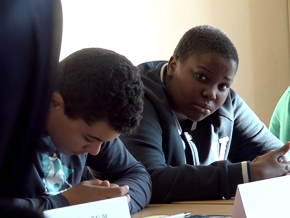 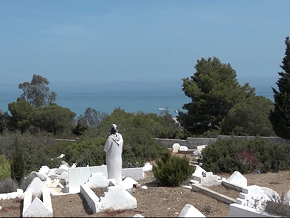 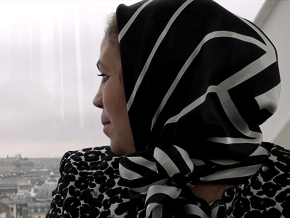 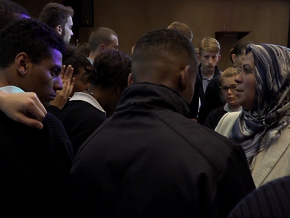