Review: Lots of Kids, a Monkey and a Castle

07/07/2017 - KARLOVY VARY 2017: Spain's Gustavo Salmerón entertains and moves us with his portrayal of an era with a story of the social advancement of his own family, captained by a fascinating mother

As of late, Spanish documentaries and films bordering on the genre have been surprising us in lots of ways, demonstrating that films built around a domestic theme and those that place families under the microscope are an inexhaustible source of themes, conflicts and nuance: recent examples include Converso [+see also:
film review
trailer
film profile] – or the amazement of its director at the unshakeable faith of his nearest and dearest – and La película de nuestra vida [+see also:
film review
trailer
interview: Enrique Baró
film profile], film nostalgia as a family tree. Now the 52nd Karlovy Vary Film Festival is presenting the documentary Lots of Kids, a Monkey and a Castle [+see also:
trailer
interview: Gustavo Salmerón
film profile], the debut feature film by actor Gustavo Salmerón, the winner of the Goya for Best Short in 2002 for his gastronomic/romantic fantasy film entitled Desaliñada.

At first glance, it would appear that Lots of Kids, a Monkey and a Castle has very little to do with that short film. And yet, digging into the hidden psychology of this surprising documentary, we find the link: only could the son of Julita, the inventive, gushing and brave matriarch of Gustavo Salmerón’s family shoot such a bold outburst, in which salad copulates with fish and a mussel has the face of Roberto Álamo. Mastretta, the composer of soundtracks that have not had as much recognition as they should in Spain, also links the two pieces: he composed the music for both films.

Shot in the provinces of Valencia, Cuenca and Barcelona, the location of the castle mentioned in the title, Lots of Kids, a Monkey and a Castle has all the appearances of a homemade video made using clips from lots of other films, shot using an obsolete mini dv over the course of 14 years. Imbued with resolute optimism, the film centres around a woman who is over 80 years old and resembles the magnificent Rafaela Aparicio from Mama Turns 100, one of the most highly acclaimed films of Carlos Saura: here too the matriarch of the family is a woman who knows how to face the passing of time, the betrayals of life and the whims of destiny.

Julita is also symbolic of Spain, we all know someone like her: a female Don Quixote with the immediate magnetism of a leader, an 80-year-old child who draws her many children into her games. Gustavo Salmerón, the youngest of her offspring, has here found a way of appreciating this and had the patience, courage and generosity to share it with the viewer: he selected 90 minutes from 400 hours of filmed footage (and a special mention must go to the work of the editors, Raúl de Torres and Dani Urdiales: the rhythm never slows down), gave the film a deft comedic tone (there are lots of interpretations that we can draw) and wrote – together with Torres and Beatriz Montañez – a screenplay structured like a work of fiction, in which there is even a brilliant, grotesque and terrible macguffin, in the midst of all the laughter, that even the duo of Berlanga/Azcona would approve of.

more about: Lots of Kids, a Monkey and a Castle

“My film rejects all artifice”

KARLOVY VARY 2017: Spain's Gustavo Salmerón has taken 14 years to shoot his first feature film, the documentary Lots of Kids, a Monkey and a Castle

KARLOVY VARY 2018: This Spanish-Dominican Republic co-production combines the talent of Natalia Cabral and Oriol Estrada, two promising directors born on either side of the Atlantic

Seven feature films, yet to be released in France, will be shown in Paris from 20 to 26 June in the presence of their directors and a professional programme component

Giant may have taken home ten trophies, but the Catalan filmmaker pocketed the most important prizes with her European co-production The Bookshop

The 23rd Forqué Awards crown The Motive and The Bookshop 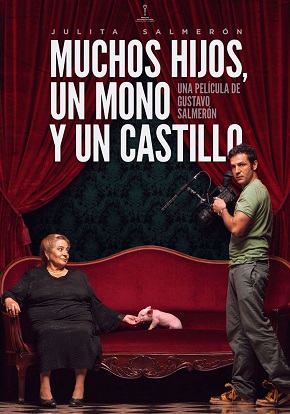 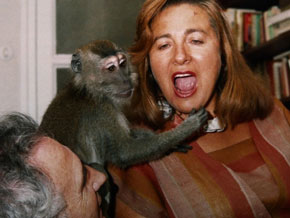 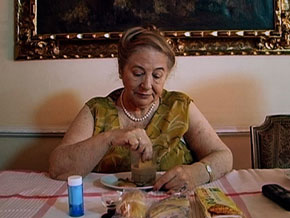