Six years after his first feature, Eighty Letters, made a splash as soon as it debuted in the Berlinale Forum, Czech director Václav Kadrnka makes a return to the spotlight with his sophomore directorial effort, a highly stylised and abstract medieval road movie, Little Crusader [+see also:
trailer
interview: Václav Kadrnka
film profile], shown in the Official Competition of the 52nd Karlovy Vary International Film Festival. An intriguing mix of symbols grafted onto a minimalist story about a father searching for his lost son, Little Crusader invites the audience on a quest for meaning.

Based on an epic poem by Jaroslav Vrchlický about the mythological Children’s Crusade, the film equates the very young ones and redemption from its very first second, with a quote from the poem. The first shot, of a crusader slowly walking on a path drenched in the sun, seen from a window, immediately informs the audience that Little Crusader is not a regular European cinema offering: shot in the 4:3 image format, it obviously keeps the naturalism to a bare minimum, the story flinging its tentacles of symbols and transfers of meaning out in several directions.

Written by Jiří Soukup, Vojtěch Mašek and Kadrnka, the story focuses at first on little Janik (Matouš John), the young son of a knight. He dons his child’s armour and off he goes, taking advantage of his parents’ deep sleep. The father (Karel Roden), a knight past his fighting years, immediately goes on a quest to find Janik and bring him home. Immensely endearing, he only has an embroidered portrait of Janik to show to the strangers on his path. His quest is obviously impossible, in a world where neighbouring villages are as far apart as planets in those days, so it is easy for the audience to grasp the symbolic efficiency of the protagonist’s task: the attainable and the unattainable brought together by the power of one’s faith. The oppressive image format immediately evokes the biblical “narrow path”, but the film’s symbolism is not hedged in by Christian ideas: it makes one think of ideals, how hard it is to follow them and how hardships can deter one from reaching one’s goal.

Kadrnka uses the medieval sets as a mere background for his story, succeeding in stressing the universality of the topics he explores in his second feature. These sets definitely made the production more difficult for Little Crusader in Italy, but the barren Italian landscapes, the green forests and the dirt roads usher in a minimalism that is very efficient in helping the audience to focus on Roden’s face, which conveys the quiet resilience and desperation of the poor father in search of his son. The narrative, which is closely connected to the apocryphal Children’s Crusade, thought to have taken place in 1212, when thousands of Christian children supposedly planned to march on, with their impossible innocence and incredible power of faith, to the Muslim armies, making them immediately convert to Christianity, is rather a symbol of the sacrifices that need to be made in order to reach a spiritual goal.

With its minimalism, cryptic narrative and taciturn take on hardships and loss, Little Crusader definitely won’t be an audience darling, but it may enjoy attention at festivals where challenging cinema is particularly favoured.

The film was produced by Kadrnka’s Sirius Film, and co-produced by Artileria (Slovakia) and Tempesta Film (Italy).

“I am driven by instinct”

KARLOVY VARY 2017: On the occasion of the world premiere of Little Crusader at Karlovy Vary, Cineuropa met up with Czech director Václav Kadrnka to get the lowdown on his latest oeuvre

After his award-winning debut, Eighty Letters, and the critically acclaimed Little Crusader, the Czech auteur is finishing the final instalment in his “Absence of a Loved One” trilogy

The MIA announces the deadline for the Film Co-production Market

The fifth edition of the Italian market that has now become an unmissable date in the diaries of key industry players will unspool in Rome from 16-20 October; projects must be registered by 29 June

Created by Dariusz Jabłoński, the series is the first-ever transnational TV production between Eastern European countries, while Germany’s Beta Film is on board as distributor and partner

KARLOVY VARY 2018: Cineuropa talked to Karel Och, the artistic director of the KVIFF, about the emergence of new names in domestic cinema and the inclusion of Middle Eastern films

From 7-16 June, the Spanish capital will be hosting its most daring and alternative film festival, with premieres of arthouse titles that would be unlikely to prove successful in commercial theatres 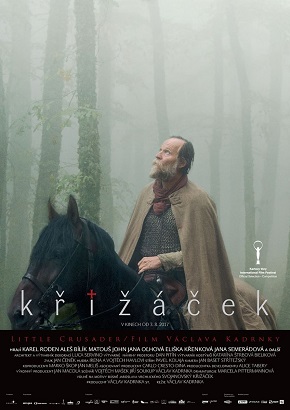 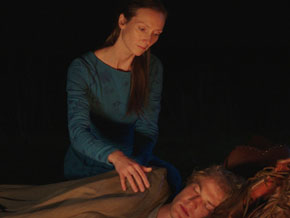 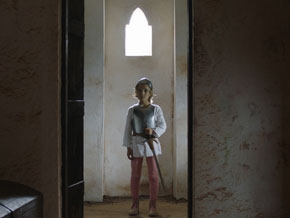 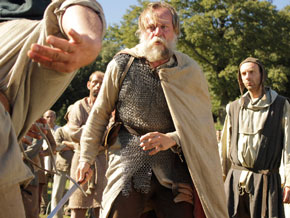 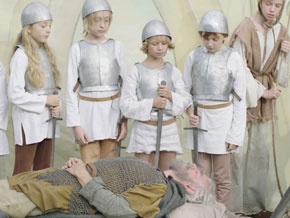