The first feature film by Israeli writer-director Matan Yair, Scaffolding [+see also:
trailer
interview: Matan Yair
film profile], which world-premiered in the ACID selection at Cannes, has just screened in the national competition of the Jerusalem Film Festival. This interesting docufiction hybrid, based on the real-life story of its main protagonist, non-professional actor Asher Lax, is a touching and dynamic portrait of a young man torn between his father's wishes and academic inspiration he receives from his teacher.

Asher (Lax) is in the final year of high school and works for his strict, no-nonsense father Milo (Yacov Cohen), who owns a successful scaffolding business. At school, the boy sits in the literature and history class of 41-year-old professor Rami (Ami Smolarchik), who has a personal and inspiring approach to teaching that makes him a favourite among students. The matriculation exam is fast approaching, and Asher is having trouble focusing on studying, as his father, who is soon to undergo serious surgery, keeps reprimanding him for “studying too much”, insisting that he stay within the safety of the family business, where he will definitely have no use for interpreting Antigone.

Asher is an impulsive, explosive young man with a strong sense of justice and very developed "street smarts". He is inspired by Rami's teaching but still recognises his father's point and does not simply rebel against him because he wants to become an academic. It is just that Asher, unlike his father, recognises the value of education. But after an unexpected tragedy happens, things will become even more complicated and confusing for our hero.

Yair, who is a high-school teacher himself, based the story on his experience when Asher was his student, and cast him in the main role – hence the slightly disconcerting effect of the protagonist looking older than high-school age, as he was already 22 when the film was shot. But the young man is a natural; he is in literally every shot, and his nervous energy, feverish eyes with bags under them, indicating a physical and emotional overload, and his wild gesturing and loud vocal protests perfectly convey the character and his doubts and troubles.

Polish DoP Bartosz Bieniek, for whom this is also the first feature, does an excellent job of both following Asher's erratic behaviour with his handheld camera and composing excitingly structured scenes with Milo on the scaffolding. Editor Dov Steuer expertly assembles all of this together with a concise dynamic, and with a tense but sustained rhythm.

Scaffolding is a co-production by Israel's Green Productions and Poland's Film Produkcja, and New Europe Film Sales handles it internationally.

“Asher gave me the inspiration”

Cineuropa caught up with Israeli filmmaker Matan Yair to talk about his debut film, Scaffolding

Nine movies are first features, and 11 are European productions or co-productions

Discovery, the freshest of all TIFF’s programmes, includes 45 films by emerging filmmakers from all around the world 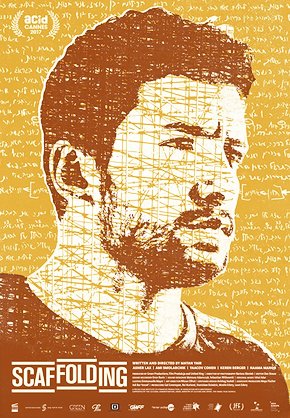 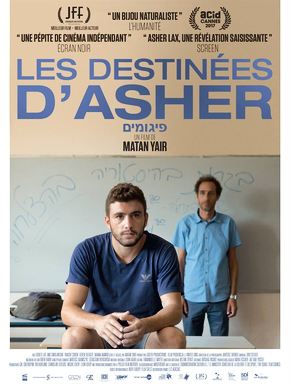 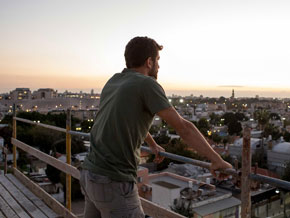 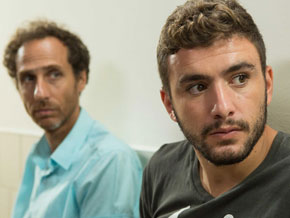 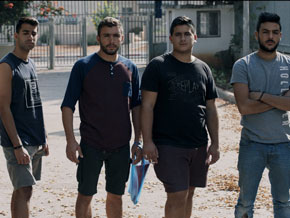