A Skin So Soft: Delving into the daily lives of a group of “supermen”

04/08/2017 - LOCARNO 2017: The latest feature by Denis Côté is being presented in the international competition at Locarno, taking us on an intimate journey with some modern-day gladiators

It definitely won’t be the first time that Canada’s Denis Côté finds himself on stage at the Locarno Film Festival: Drifting States (2005), All That She Wants (2008) and Curling (2010) all won prestigious trophies, including the Golden Leopard Award and the Best Director Award. This year, Côté is returning to Locarno with the strong and elegant A Skin So Soft [+see also:
trailer
interview: Denis Côté
film profile], a courageous film that situates statuesque figures somewhere between suffering and ecstasy, the perfect being and the ultimate monstrosity.

Jean-François, Ronald, Alexis, Cédric, Benoit and Maxim are the main characters in A Skin So Soft, an intimate portrayal of a group of "supermen". Despite the men finding themselves at different points in their lives and careers - that of a successful bodybuilder, a veteran bodybuilder-cum-trainer and physical well-being coach, and a catcher with superhuman strength (dragging a truck with just your legs is no mean feat!) - they all share an obsession with their bodies, meticulously honed and in competition with each other. Their daily lives are driven by a desire to get on stage or into the ring, caught up in a masochistic and narcissistic delirium, aided by extreme dieting and exhausting workouts.

But what drives the characters to make these sacrifices, and to push themselves to the limit? Rather than tackle the subject head-on, Denis Côté shows us - as many directors before him have attempted to do - the absurdity of completely surrendering your body and soul to the pursuit of self-representation, to the ‘super me’. Rather than guiding us into unknown territory, A Skin So Soft goes beyond judgements and clichés, showing us men, not monsters - vulnerable human beings with incredible courage. Their bodies, oiled, sculpted and (apparently) immune to the natural process of human ageing, are sacrosanct temples. Côté portrays the fragile and vulnerable sides of the characters by letting their masks – or, rather, their armour - fall, surprising us with their intimacy, their families, and letting us observe them as they wash plates or cry watching a video about bodybuilding. Their sculpted bodies are depicted in all their tragic reality, in moments of beauty and glory (as they exhibit themselves on stage or size each other up), but also, and most importantly, in their most critical moments, when fragility rears its ugly head and self-representation gives way to a world of humanity and suffering.

A Skin So Soft is not a film about seductive moments in the typical sense of the word, despite close-ups that are so extreme it’s as though the director literally wants to get under the skin of the characters. The bodybuilders - men but also occasionally women - observe each other, but never with desire, despite the unconsciously homoerotic image that they portray. Their glances are filtered through the deformed prism of performance, through a search for comparison, both terrifying and glorious, when the bodies they are looking at don’t seem to have reached the appropriate level of ‘perfection’. Battles are constantly waged against the self, and everything else fades into the background. The only caring look we get - despite being neither compliant nor satisfying - is that of the director wanting to get up close to these modern-day gladiators, with both respect and humanity. The footage, accompanied by a sublime natural light, feeds on the daily life of the protagonists, light years away from the artificial glamour that surrounds the world of bodybuilding. No freak shows or performances here. Despite the layers of muscle and flesh, what counts in this film is the sincerity of the moment. The film is an ode to the fragility of human existence.

A Skin So Soft was produced by Swiss outfit Close Up Films, Canada's 9338-6233 and Parisian firm The Addiction; Films Boutique is responsible for the international sales.

more about: A Skin So Soft

"If I steer clear of interviews, informative content and statistics, what's left? Bodies"

LOCARNO 2017: Cineuropa met up with Denis Côté, the director of A Skin So Soft, a feature brimming with elegance and humanity that has just been presented in Locarno's International Competition

The 2017 edition is set to open on Friday 1 December with Laurent Cantet's The Workshop. The programme boasts 103 titles, of which 21 will be world-premiering and 20 are due to premiere in Italy

A Skin So Soft: Delving into the daily lives of a group of “supermen”

LOCARNO 2017: The latest feature by Denis Côté is being presented in the international competition at Locarno, taking us on an intimate journey with some modern-day gladiators 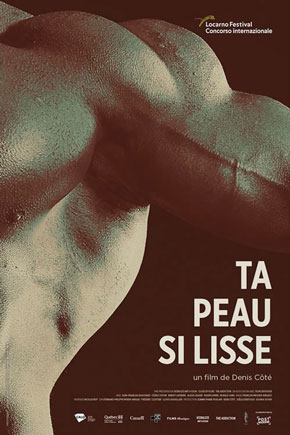 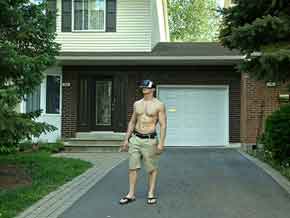 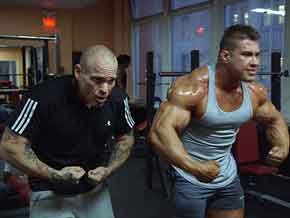 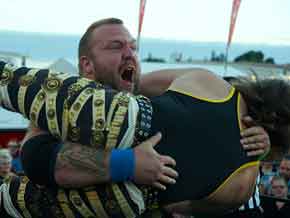 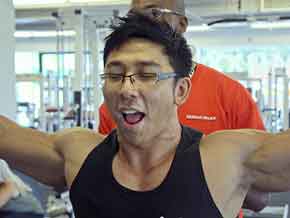