Scary Mother: Family as an incubator of monsters

03/08/2017 - LOCARNO 2017: In her debut feature, screening at the Swiss gathering, Georgian director Ana Urushadze tackles the restrictions that society and families force upon women, mothers and wives

After two short films, emerging Georgian filmmaker and graduate of the historic Shota Rustaveli Theatre and Film University (TAFU) Ana Urushadze has directed her debut feature film, Scary Mother [+see also:
trailer
interview: Ana Urushadze
film profile], which focuses on the position and the role of women in today’s society in Georgia. Scary Mother has just had its world premiere in competition in the Filmmakers of the Present section of the 70th Locarno Film Festival.

Manana (Nato Murvanidze) is a 50-year-old housewife who has an untamed passion for writing. No one in her family really supports her need to become a writer, but they prefer to tolerate this “quirkiness” of hers, not least her husband Anri (Dimitri Tatishvili), who is also her biggest critic. When she decides to read her book that she has secretly been writing to her family, everything starts to collapse as her fictional elements fuse with true events. Her only supporter will be the owner of the local stationery shop, Nukri (Ramaz Ioseliani), who believes in her and her masterpiece. From that moment on, Manana slowly evolves by withdrawing from her role as a caring mother/supportive wife, without taking into consideration any of the consequences.

Manana’s life is totally dependent on her family and their demands. She is frequently judged on her looks, her ideas, her needs and her actions. As she tries to escape from this boxed-in environment, where everyone takes her for granted, she feels more and more marginalised. The fact that she keeps jotting down notes on her hands or feels inspired by mundane elements of the house, like the bathroom tiles, is frowned upon by the others. Every attempt she makes to slip outside of the built-in stereotypical and harsh middle-class life that she’s forced to live is thwarted by reality. As a result, she needs to blend her fantasy world into her reality. Manana must evolve and force out the transparent character that makes her invisible. She fears she will become a Manananggal, a mythical creature in the Philippines that takes the form of a woman who turns into a bloodsucking monster overnight. Her only need is to be heard, but she is constantly confined to her corner. After being the social nucleus, family thus becomes an incubator of fear, terror and monstrosity.

Urushadze, who also wrote the script, portrays an initially misunderstood woman going through a theoretical mid-life crisis. What is impressive is how this story develops into a social commentary on what a woman is forced to withstand – namely, everything that is accepted as reality in today’s Georgia. Despite the finely balanced elements of slight absurdity and bitter irony, Scary Mother feels like an archetypical realistic drama that actually touches on all of the sensitive topics. The heroine, amazingly depicted through Murvanidze’s convincing performance, could be any woman in any situation who suffers verbal abuse as part of her daily life. She is an outcast who is forced to support her family, be it her ultimate goal in life or a newly created monster, which might be more self-harming than dangerous.

Everything is set in the almost dystopian post-Soviet urban environment in Tbilisi, brilliantly photographed by Konstantine-Mindia Esadze. The location adds a different texture to the visuals, enhanced by the cold colour palettes used, which create a simultaneous sense of proximity to and distance from the heroes. Scary Mother is a brave debut feature on a topic that has already been explored through different approaches, but Ana Urushadze offers her own unique perspective, proving she is a filmmaker to follow.

”A free woman is considered dangerous and scary”

LOCARNO 2017: We chatted to Georgian filmmaker Ana Urushadze, who participates with her debut feature film Scary Mother at the Filmmakers of the Present section

Srđan Vuletić’s The Otter wins the Eurimages Award at CineLink

Nine projects in post-production will be presented in the Work In Progress section, while nine more projects in development are featured within the Co-Production Market

Girl, One Day, Scary Mother, The Guilty, Those Who Are Fine and Touch Me Not vie for the European Discovery award

As the 23rd Vilnius International Film Festival gets under way, we chat to its general director, Algirdas Ramaška, about his expectations for this year’s edition 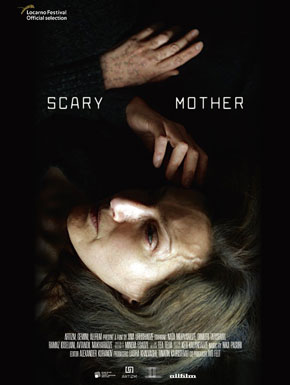 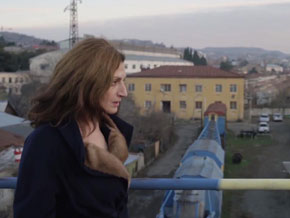 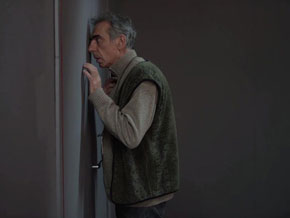 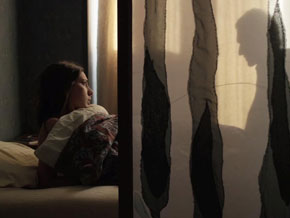 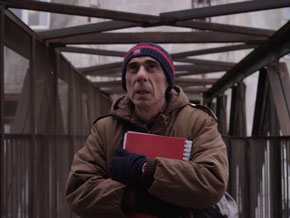 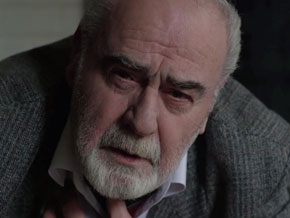