Favela Olímpica, a peaceful yet desperate struggle to defend identity

07/08/2017 - LOCARNO 2017: Swiss director Samuel Chalard’s film, presented at the International Critic's Week, invites us to discover a reality that has remained hidden in the shadows

There’s definitely not enough glamour here to attract the attention of those looking to “do the right thing." The historic favela, Vila Autódromo in Rio de Janeiro, crumbles a little more every day under the weight of the bulldozers that encroach, unperturbed, like well-trained soldiers. Villa Autódromo stands against the luxury Rio 2016 Olympic Games project and Samuel Chalard depicts this undoubtedly injustified reality in Favela Olímpica [+see also:
trailer
film profile], presented at the Locarno Festival International Critics' Week.

Far from the journalistic logic that is subject to the rules of the audience, this Swiss director is unflinching in his portrayal, granting us the luxury of "exploring" rather than "overlooking" reality. The protagonists in Favela Olímpica are presented in all their complexity: human beings rich in personal history and a collective identity that cannot be disassociated from the land they are being forcefully ejected from. Finally they are being afforded the opportunity to tell their story. Unfortunately nothing will change what lies ahead, but the residents are at least permitted to tell their side of things and (re)gain some priceless dignity.

The feeling that hits home when watching Favela Olímpica is one of great injustice. Despite the director allowing other parties in this story to have their say, such as the mayor of Rio Eduardo Paes and the architects responsible for building the immense Olympic park, a lack of ability to listen carefully and impartially causes their words to fall on deaf ears. Favela Olímpica slowly assumes the semblance of an intriguing yet cruel film about espionage that we wish so much would end well. Although clearly a documentary, Samuel Chalard's new film features such a subtle and brilliant dramaturgy that it leaves you pondering the power of reality itself, the fine lines dividing documentary narrative and fiction.

Chalard’s film is a constant reminder of the power of words, from one conflicting testimony and interview to the next, inn particular those coming from the architects responsible for the transformation project on the Olympic Park into accessible school facilities, something that the audience wishes were true  before reading between the lines. Hanging on to a sliver of hope, we can't help but will things to improve, clinging onto speeches that we know are only there to make us have doubts. The truth, simple in its cruelty, resonates in one place only: Vila Autódromo, which, like a magnet, attracts the director's gaze, focusing on the small but important details - the daily gestures of a neighbourhood that has become a community - that make the favela's residents into hidden heroes. To resist or to negotiate? The key is survival, but at what price? These are the questions thrown up by the dust of the bulldozers at Vila Autódromo. "Friendship Powder" one of the protagonists calls it. The only weapon that lingers and ridicules, dirtying up the postcard image of a metropolis full of contradictions.

Favela Olímpica was produced by Frédéric Gonseth and distributed by Outside the Box.

Favela Olímpica, a peaceful yet desperate struggle to defend identity

LOCARNO 2017: Swiss director Samuel Chalard’s film, presented at the International Critic's Week, invites us to discover a reality that has remained hidden in the shadows 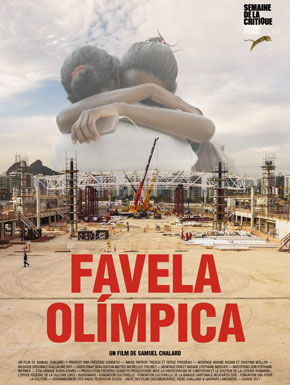 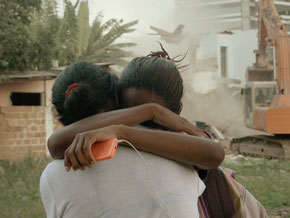 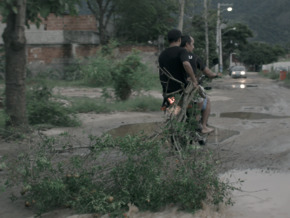 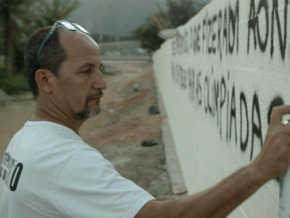 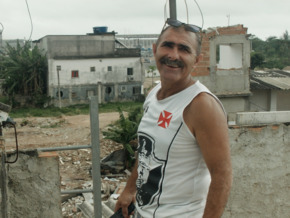 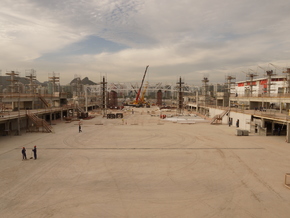