08/08/2017 - LOCARNO 2017: Samuel Benchetrit's film is not the sort of film to leave you feeling indifferent, an agonising farewell to a Western society that offers no way out

Following the film adaptation of his autobiographical novel, Macadam Stories [+see also:
film review
trailer
film profile] (2015), the director, screenwriter, actor, writer and theatrical director (a true multi-disciplinary artist) Samuel Benchetrit dives straight back in with a film adaptation of one of his books, and the result is Chien [+see also:
trailer
film profile], with its world premiere at Locarno Festival in the Piazza Grande. Chien is a desperate, radical, and certainly pessimistic film - a hopeless journey into corrupt humanity.

Looking for relief or at least a glimmer of hope in the latest Benchetrit film would be like hoping to sunbathe in Lapland. As the audience, you're best off resigning yourself to misery from the very beginning, and it’s this resignation, similar to that of the protagonist itself, that turns this cinematic experience into a tour de force from which it is very difficult to escape unscathed. There's no happy ending, no human warmth – although you could perhaps talk about "animal" warmth seeing as the only support the protagonist gets is from a dog locked in a cage. In Chien, violence takes over.

Jacques Blanchot (the touching and intense Vincent Macaigne) has lost everything: his wife, home and job -  the opening scene in which a trembling Vanessa Paradis informs her husband that she's allergic to his presence is shocking. No longer interested in the world that surrounds him, Blanchot chooses to flee from a society that he no longer seems to belong to. He will become a dog and submission will be his daily bread. But why choose such an extreme path in life? We know nothing about his past, just like we know nothing about his tastes, passions or inner turmoil. Blanchot seems to live "with zero gravity," like Saint Francis with SM tendencies who can't, or at least, doesn’t want (it’s not obvious) to react to the violence that surrounds him. As the owner of the "kennel" in which the protagonist finds superficial refuge announces (an excellent performance from the majestic and frightening Bouli Lanners): "There are dogs we keep (in cages) and others that were born to suffer and die." This sentence perfectly summarises the universe of Chien, a hopeless place where there are only two options: submit, or suffer and leave your spot to someone else. Blanchot welcomes both options, as if life no longer has anything left to offer (even his son seems to be proof to him of nothing more than ill-concealed compassion).

Directors who have the courage to venture so deeply into the depths of humanity are rare (although perhaps it would be better to talk about inhumanity). The gloomy and desperate atmosphere, punctuated only briefly by short moments of surreal comedy reminiscent of directors such as Athina Tsangari, Ulrich Seidl, and Jaime Rosales, also champions of films about cruelty that confront the dangers and absurdities of Western society. But what are the real motivations pushing the protagonist to submit to the world in a sort of violent and endless requiem? Benchetrit prevents us from getting into the mind of the protagonist, who seems to be nothing more than a disjointed and desireless puppet. The only clue we have about his past is a mysterious drawing created when he was still studying at the Academy of Fine Arts. But what is the significance of the drawing? Why is it so troublesome? Maybe it's the thought that Blanchot was once "human" that’s upsetting. Perhaps the director wants to forewarn us that we are all in danger of "dehumanisation." Chien is a film that forces us to reflect on our society, with a point of view that is far from idyllic.

Chien was produced by A Single Man Productions, in co-production with Umedia and Maje Productions. Films Boutique is responsible for international distribution rights. 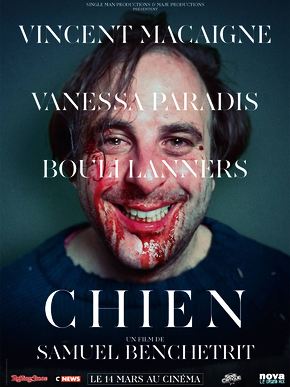 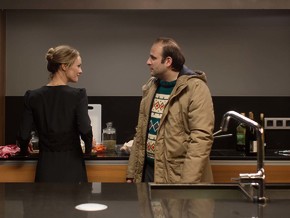 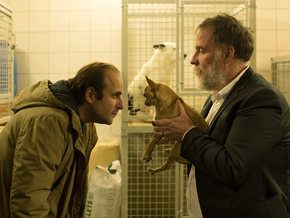 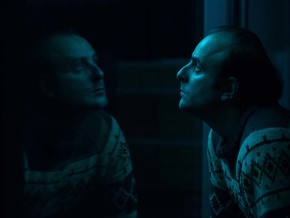 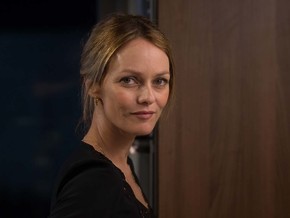 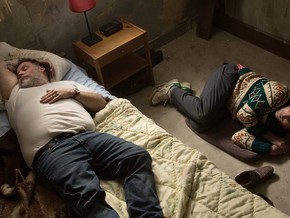 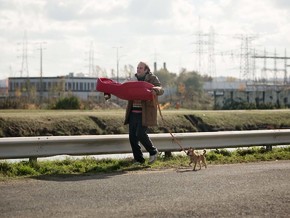 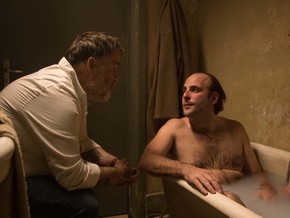 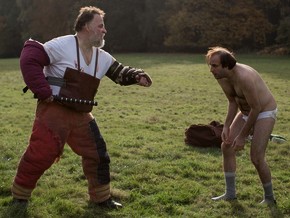 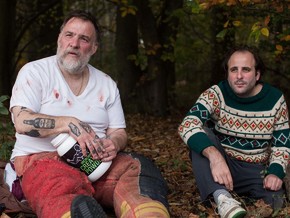 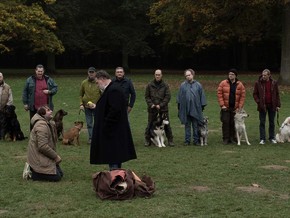