09/08/2017 - LOCARNO 2017: The enigmatically entitled latest film by FJ Ossang, presented in the International Competition, opens the doors to a human abyss

Seven years on from his last film, Dharma Guns [+see also:
trailer
film profile] (official selection for Venice in the Orizzonti category), the multidisciplinary poet, writer, musician, director and French artist F.J. Ossang touches  down at Locarno Festival with his latest effort, 9 Fingers [+see also:
trailer
interview: FJ Ossang
film profile]. A dark and mysterious film full of seductive and ambiguous characters that points to an affinity between between Genesis P-Orridge of the Throbbing Gristles and Marlene Dietrich.

9 Fingers is a film that is best compared to one of Wagner's symphonies, where pessimism and heroism go hand-in-hand. Darkness (the use of black and white is rigorous) dominates all shots like a painful layer preventing any light from entering. There's no point in looking for comfort or welcome here as this is a film that, to be honest, is certainly not seeking any sort of consensus. F.J. Ossang doesn’t do cinema, he makes his own specific films from a decidedly punk and radical position, and for that he deserves some respect.

The director's beloved atmosphere dominates 9 Fingers, with the night enveloping all the characters who seem to be swallowed up by an abyss. Magloire (played by the convincing Paul Hamy) flees from an identity check carried out by the police. His escape is desperate, with the final destination unknown. By chance, Magloire meets a dying man on a beach, from whom he steals a small fortune. A gang of crooks (incredible casting: Damien Bonnard, Gaspard Ulliel, Pascal Greggory and Lionel Tua) and two femme fatales (the medusa Elvire, muse and companion to the director, along with the young and promising Lisa Hartmann discovered in Bruno Dumont's TV series P'tit Quinquin ) hunts him down until finally, exhausted, he's caught. From this moment onwards Magloire becomes their hostage but above all, their accomplice. After a hit goes wrong, the group is forced onto the road (in all directions) and begins a journey into the underworld onboard a ship that contains a mysterious radioactive material.

F.J. Ossang's cinematography is marked by a passion for genre and noir films (Melville in primis) but also, in the case of 9 Fingers, silent films and German expressionism (references to Vampyr by Dreyer are obvious). But the blend of these influences is never sterile or obviously arranged, on the contrary, the director masters them perfectly. The result is passionate, mysterious and radical.

9 Fingers is a demanding film, both in terms of photography and shooting style: elegant and cool but never trivial. The characters don't speak much and when they do it's to extol verses rather than really communicate with each other. Their faces look like wax masks and their bodies like empty shells. Despite a dark universe enveloping atmospheres and characters, there is still a glimmer of hope, subtle and unsteady. This is certain but still present.

In 9 Fingers the themes of journey, loss and deviation dominate, but what matters most is still the ultimate ecstasy (although this means losing everything for the characters). MKB,(Fraction Provisoire), Ossang's music group, provides a disturbing, dry and mechanical soundtrack to the film. 9 Fingers sets the scene for a corrupt humanity that does not compromise, as if to say that freedom is often hiding in the shadows.

9 Fingers was produced by 10:15! Productions, OSS/100 Films&Documents and O Som e a Fúria, with Capricci Films in charge of international sales.

"We are unable to escape from our own time; it's a fatality that controls us"

LOCARNO 2017: Winner of the Best Director award at Locarno and filmmaker, poet and punk musician, FJ Ossang, talks to Cineuropa about 9 Fingers

The director’s debut feature-length fiction film stars Damien Bonnard, Alexis Manenti and Djibril Zonga, is being produced by SRAB Films, and will be sold by Wild Bunch

The film, toplined by Sandor Funtek and Sandrine Bonnaire, will be world-premiered at the Venice Film Festival; the La Rumeur Filme production is being sold by Versatile

Adama Niane, Stéphane Caillard and Paul Hamy are among the cast of Olivier Abbou’s film, which is being produced by 22h22 and A.P.C., and will be sold by WTFilms 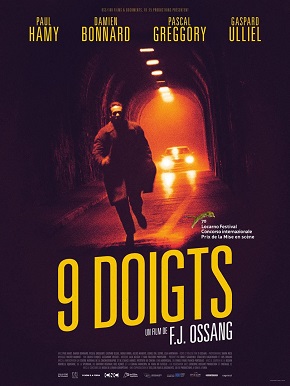 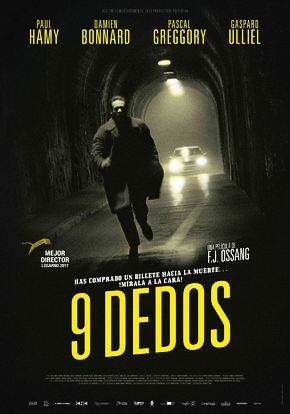 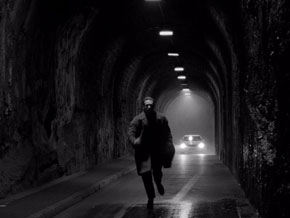 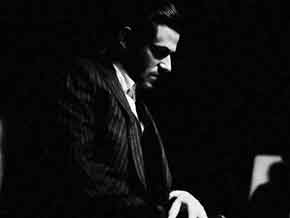 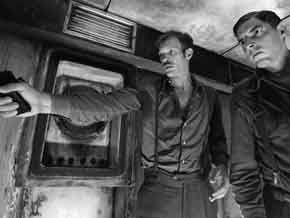