Easy: The road back to life is littered with bottles of strong Ukrainian spirits

Italian director Andrea Magnani finds the right tone in his first feature-length film Easy [+see also:
trailer
interview: Andrea Magnani
film profile], a black comedy that shows a morbidly obese and almost catatonically depressed Italian man, Isi, trying to transport a coffin from Italy to a village in the Ukrainian Carpathians. His trip is less than easy, which ends up working well for both the protagonist and the audience. Easy is competing in the Filmmakers of the Present sidebar at the 70th Locarno Film Festival.

Completely dedicated to his character, actor Nicola Nocella is Isidoro, a man who lives with his protective mother in an Italian town. His brother, Filo (Libero De Rienzo), is the achiever of the family, but gets into trouble when a Ukrainian worker, Taras, falls to his death on a construction site that Filo is in charge of. In order to escape an investigation, Filo begs his brother, a former go-kart racing champion, to do what he loves most: drive. The fact that Isi has to drive a hearse containing Taras’ coffin from Italy to Ukraine is only a mere detail in the opinion of the always too optimistic Filo. As you might expect, everything bad that can happen will happen and then some more. And then some more.

Easy is a collection of misadventures that succeeds in keeping the audience guessing whether or not Isi will reach his destination (and in what condition). The film also seems to offer a cure for depression. A man without a purpose, at first Isi is completely overwhelmed by his new adventure, but Magnani's screenplay throws credible (minus a few exceptions) obstacles in his path, simultaneously developing his dead companion as a full character. An invisible relationship is born between the “living” man and the dead, slowly pushing the former in the right direction, at least from a psychological point of view.

An extremely rare Italy-Ukraine co-production, Easy doesn’t shy away from exploring the Eastern frigid (thankfully, given Isi’s charge), wild and mountainous landscapes. In the absence of his mother’s carefully chosen meals, Isi is drawn to new experiences, and, as destiny piles misadventures onto his plate, the hero discovers hospitality, with Easy becoming a love letter to Eastern Europe. Heaven is an open door, some may say, after watching this endearing road film. Or at least a bottle of strong Ukrainian horilka, others might say...

With its quirky humour and peculiar protagonist, Easy may find itself relegated to minor sidebars at future film festivals, but its main point of attraction may convince a sizable audience to watch it in cinemas. Anyone who has faced depression, even in its minor forms, should watch Magnani’s film and be reminded of something psychologists have been saying for years: new experiences, a change of path and rhythm of life are more efficient at treating depression than mountains of pills. With its simple and straightforward message, Easy encourages a change in this direction.

We met up with the director of Easy, Andrea Magnani, at Naples Film Festival, to talk about the birth of the first Italy-Ukraine co-production and his upcoming work

Blending drama and irony, Davide Del Degan’s first fiction film tells of a young murder witness’s disorientation as he makes the most of his new identity and tries to change his life 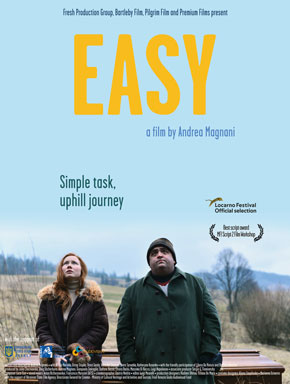 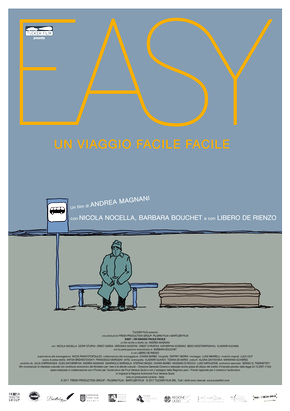 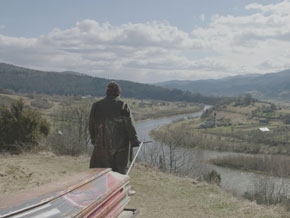 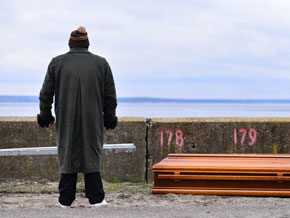 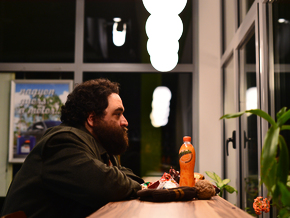 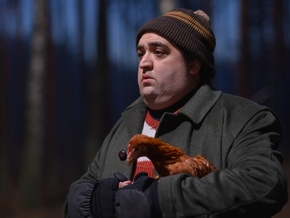 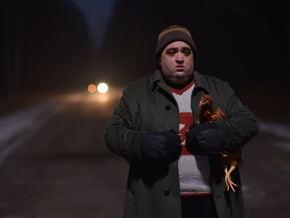 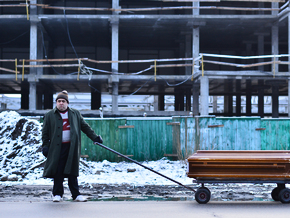 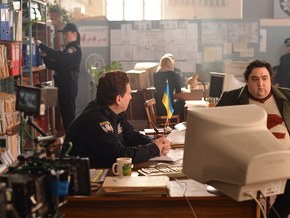 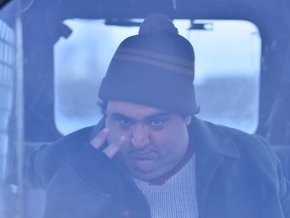