The Song of Scorpions, compassion and revenge in the Rajasthan desert

11/08/2017 - LOCARNO 2017: The multi-award winning director Anup Singh transports us to another world where archaic laws, superstitions and the redemptive power of songs reign supreme

Golshifteh Farahani in The Song of Scorpions

Four years ago the Tanzanian born, multi award-winning director, and long-term resident of Geneva, Anup Singh, released his last film Qissa: The Tale of a Lonely Ghost [+see also:
trailer
film profile], which was exhibited at 35 festivals around the globe including Toronto, Busan, Rotterdam and Gothenburg. This year Singh is due to present The Song of Scorpions [+see also:
trailer
film profile] in the Piazza Grande at Locarno Festival: an ambitious film with an incredible cast including Golshifteh Farahani (Nooran) and Irrfan Khan (Aadam). The film is a Swiss, French and Singaporean co-production.

The Song of Scorpions is a venomous tale with classic characters, teleporting us to another world where archaic laws, superstitions and the redemptive power of songs reign supreme. Anup Singh’s most recent film is based on the inherent duality of the human soul simultaneously reflecting love and revenge, strength and sensibility, reason and madness.

The Song of Scorpions is a film that intelligently pulls together certain aspects from various cinematographic genres, including the musical genre and the “rape and revenge” subgenre. Singh’s film transports us far away into the vast Rajasthan desert where characters must fight to the death amongst love and possession,victory and freedom.

The independent and courageous Nooran lives with her grandmother, slowly learning the ancient desert songs that can enchant scorpions, stopping their fatal venom. Aadam, a camel trader, arrives and soon disturbs the peace when he falls head over heels for Nooran who seems more concerned with her healing songs than a conventional marriage to Aadam. One fatal evening, the life of the fascinating scorpion singer turns into a nightmarewhen she is brutally attacked by a mysterious man after being summoned to heal a scorpion’s sting. Nooran is later found in the desert in a pitiful state from which she seems unable to recover.

Deprived of her adored grandmother/master, who mysteriously disappears during the attack, Nooran agrees to marry Aadam after which both her life and songs slowly get back on track. Once again the young healer’s universe is flipped upside down when Nooran is faced with an impossible truth that she is forced to confront.

With skilful scenes and breath-taking landscapes, The Song of Scorpions forces us to reflect on the concepts of love and possession, revenge and compassion. A whirlwind of emotions that remains universal and very much relevant to the present day despite being set in a fairy-tale world.

Nooran’s wonderful songs become her only escape, and an expression of freedom that previously seemed to only be reserved for men - a freedom that the characters never stop searching for. A freedom that continues to live somewhere between the dunes and the desert, unobtainable, just like Nooran’s voice.

more about: The Song of Scorpions

The Song of Scorpions, compassion and revenge in the Rajasthan desert

LOCARNO 2017: The multi-award winning director Anup Singh transports us to another world where archaic laws, superstitions and the redemptive power of songs reign supreme

Indian director and writer Anup Singh, who is based in Geneva, is currently working on his third feature film 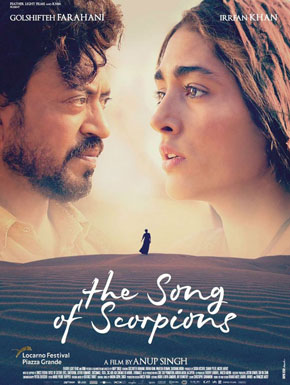 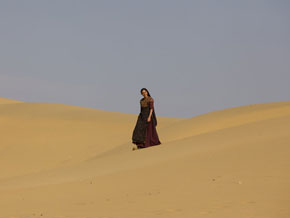 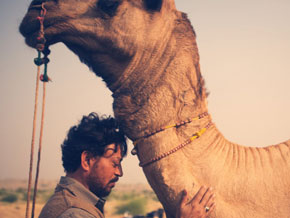 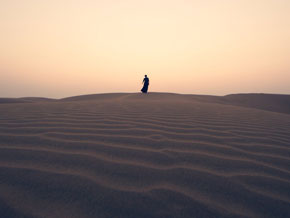