Milla, a courageous and elegant homage to youth

11/08/2017 - LOCARNO 2017: Franco-Armenian director Valérie Massadian presents a touching portrait of a girl learning how to live in the Filmmakers of the Present section at Locarno

Milla [+see also:
trailer
film profile] is the second feature-length film by Valérie Massadian after the surprising Nana [+see also:
trailer
film profile], which won the Leopard award for best film at Locarno in 2011. Milla, which is competing in the Filmmakers of the Present section at Locarno Festival, has already won the Eurimages Audentia Prize awarded to the best female director – read the news here. In Milla Massadian paints an intimate, touching and extremely elegant portrait of a young girl battling with the experience of growing up, focusing on the small yet significant joys in life.

Milla – played by the sensational and touching Severine Jonckeere – is only 17 years old and her boyfriend Leo, played by the heavenly Luc Chessel, is not much older than that. Their existence is punctuated by poorly paid jobs and evenings spent planning to change the world. The couple finds shelter in a small city near the English Channel, in an abandoned house that becomes their temporary refuge. Their sustenance is love, the stubbornness of youth and a willingness to change things, despite the difficulties and restrictions life throws at them. Milla slowly learns to live, confronting the present with both tenacity and determination. Our heroine is considered a “nobody” by society, but thanks to the wonderfully observant Valérie Massadian, her life is transformed into an extraordinary miracle.

Every framed shot in the film is masterful, vital and rich in significance, giving the film both a strength and unexpected power. Despite complete aesthetic control over the film, Milla never comes across as overly stylised or pompous. Instead, this experiment is rich in extraordinary narrative talent and an elegant direction of actors.

The director’s love for her characters is tangible in Milla. Like a French Nan Goldin or a punk Robert Bresson, Valerie Massadian observes the forgotten microcosm of Milla and Leo with both respect and understanding. The characters speak with their bodies more than their words, as if Massadian is reminding us that the truth is nestled right there between the folds in our skin and our small daily gestures.

Their intimacy is observed with a respectable distance. From this point of view the fixed shots, in which Milla and Leo seem to be actors in a theatre blending into the décor, are very fittingand cleverly done. The director doesn’t fixate on facial expression to capture emotions but instead finds the truth elsewhere: in the couple’s afternoon strolls, snoozes and love. Leo tells Milla “Tu ne couleras pas, tu flottes” (you won’t sink, you’ll float,) reminding her that life must be faced head-on, like the sea in a storm.

Violent Femmes’s song, Add It Up, envelops the film like an obsessive leitmotiv. “I was in my room, that’s where I wrote the song. I was frustrated. I had nothing to do and nowhere to go,” says Gordon Gano, lead singer of the Violent Femmes. The perfect fit for a film that transforms the harshness of youth into something sublime.

Valérie Massadian and Inês Oliveira come out on top at DocLisboa 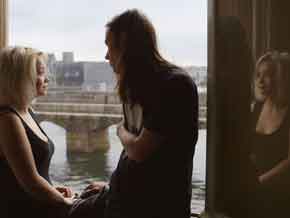 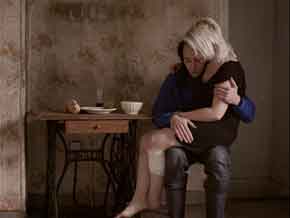 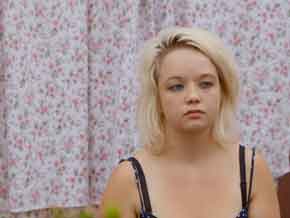