Ultra: In the minds and bodies of ultramarathon runners

16/08/2017 - Balazs Simonyi's documentary delves into the ultramarathon, a discipline in which athletes continuously run more than 200km or run for 24 hours, and its participants

The title of Hungarian director Balazs Simonyi's new documentary, Ultra [+see also:
trailer
film profile], (competing at the Sarajevo Film Festival after world-premiering at Visions du Réel) refers to the ultramarathon, a discipline in which athletes continuously run more than 200km or run for 24 hours. One of the most important runs of its kind in the world is the Spartathlon, inspired by the journey of an Athenian messenger sent to Sparta to seek help during the war with the Persians at Marathon. According to Herodotus, Pheidippides arrived in Sparta, 246km from Athens, the day after he left. And this is the goal of the runners taking part in the race every year on the historic route, attempting to reach Sparta within 36 hours.

Simonyi himself has competed in the race four times, so it is clearly a very personal subject for the director. And this is how he approaches it. In addition to himself, the crew follows several other runners: the French father Gilles and his son Angel, the middle-aged German lady Annett, and fellow Hungarian Bela, who is running his own private Spartathlon. According to the rules, athletes who fail don’t manage to finish the race five times can no longer qualify to take part, and Bela, with full support from his wife, schedules his own run two days after the official event.

Alternating between the protagonists, Simonyi displays the superhuman sacrifice and dedication it takes to participate in this race. Wounds, dehydration, vomiting, everything is shown in quite graphic detail. But more importantly, the director delves into the minds and hearts of his heroes to show what drives them to make such an extreme effort, by using old home videos and filming talks of runners with their families. He also frequently employs sound from the microphones taped to the runners' bodies, and as they run - or, at times, barely manage to even walk - we hear them breathing and humming.

The director himself is the only participant directly interacting with the camera, not counting the mother and wife of Angel and Gilles or Bela's wife, who follow them in cars. Simonyi gives us an idea of what goes through a runner's mind, and predominantly we hear complaints about their physical condition, but as more time passes, the runners are increasingly occupied by existential issues that alternate between the bitter and the humorous, such as "Why am I doing this, I'll never do it again… Who am I anyway?"

The long running scenes are interspersed with aerial views of the terrain they are traversing, which serve both as an atmospheric pause and a reference to the distances the runners have to cover. They also provide an additional and welcome layer to what is an all-encompassing look at one of the most extreme sporting events in the world.

Ultra is a co-production of Hungary's Speak Easy Project, Greece's Anemon Productions, and HBO Europe, and is handled internationally by CAT&Docs.

Based on these nominations, the EFA Members will elect the European Documentary 2017 which will be announced during the awards ceremony on 9 December in Berlin

Ultra: In the minds and bodies of ultramarathon runners

Balazs Simonyi's documentary delves into the ultramarathon, a discipline in which athletes continuously run more than 200km or run for 24 hours, and its participants 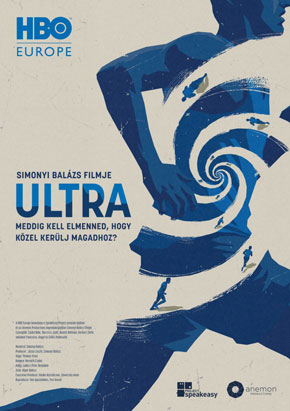