In 1987, Christa Päffgen (played by Trine Dyrholm) turns 48 and goes on tour all over Europe – this time, as a solo artist. Still better known by her stage name of Nico and for her previous exploits than for the new work she is so proud of, she is hopping from one country to another trying to start all over again as a performer – and as a mother, intent on salvaging her strained relationship with a son she has never really got to know.

“Here we are with Lou Reed’s femme fatale,” chirps an over-enthusiastic radio presenter at the beginning of Susanna Nicchiarelli’s third feature film, Nico, 1988 [+see also:
trailer
interview: Susanna Nicchiarelli
film profile], the opening film of Orizzonti at the Venice Film Festival. “Don’t call me that; I don’t like it,” comes the swift reply, and that pretty much sets the tone for the rest of the movie. To many, Nico (or, rather, Christa, as she insists on being called) might still be associated mostly with The Velvet Underground. To many, but not to the Italian helmer, that is. To paraphrase the title of a recent autobiography by Sonic Youth crooner Kim Gordon, this is not so much a story about a girl in a band as it is about a girl after a band.

Steering clear of the usual – and most obvious – trappings of a biopic, Nicchiarelli almost completely forgoes the career highs that turned Nico into a Warholian muse and her high-profile relationships that further cemented her status as a star. In short, it’s not another glossy, gossipy account of a life lived dangerously. While clearly reverential, it does, however, take its time to acknowledge the ugly, because for all the Keith Richards of the world, falling out of palm trees at any given moment only to merrily dust themselves off, there were people like Nico, finding it much harder to move on.

Although it became a generally accepted narrative that in her twilight years she finally gave in to her longtime drug addiction, which ultimately led to her tragic death aged just 49, Nico, 1988 is not an elegy, but rather a celebration of a conflicted woman who constantly wanted, or rather needed, to create. “This is a story of Nico after Nico,” said the director a while ago, and it’s easy to see why, for she finds inspiration and richness in a period in her life that, until now, others have been dismissing as “minor”.

While the decision to cast a distinctly non-German Dyrholm in the lead role might have raised some eyebrows à la late Roger Moore, she does know how to deliver these interestingly re-imagined songs. It’s a committed performance that doesn’t always fully translate ­– there is a whiff of a rocked-up Cate Blanchett from Coffee and Cigarettes here that might not be entirely intentional – but it fits the story of someone giving it her all and still not quite succeeding in challenging other people’s perceptions.

Produced by Vivo Film, RAI Cinema and Tarantula Belgique, the movie was supported by Eurimages, MiBACT, the Lazio region, the Film and Audiovisual Centre of the Wallonia-Brussels Federation and Creative Europe-MEDIA. The world sales are handled by Celluloid Dreams.

“Sometimes you don’t have to tell the whole story”

“This film is about the private and the public”

VENICE 2020: We asked Susanna Nicchiarelli, the director of Miss Marx, about her competition entry hinging on the youngest daughter of the famous thinker

The costume biopic produced by Vivo Film with Tarantula celebrates one of the first women to have fought for women’s rights. In competition at the 2020 Venice Film Festival 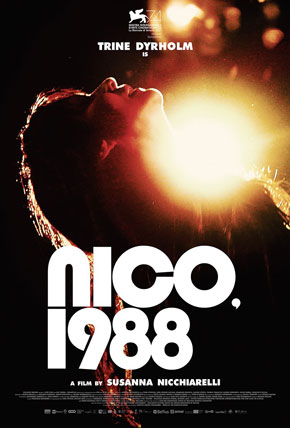 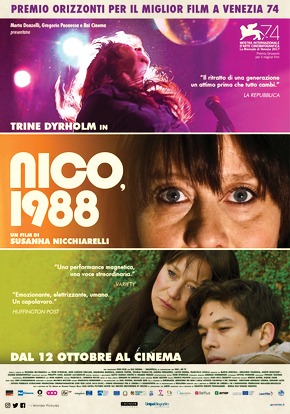 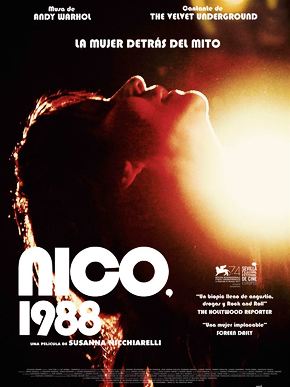 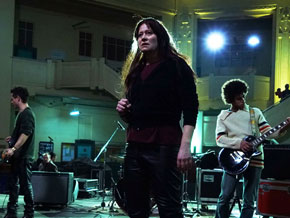