31/08/2017 - VENICE 2017: Pen-ek Ratanaruang opens the 14th Giornate degli Autori with a Hitchcock-inspired thriller, containing hints of social satire and blurring the lines between reality and fiction

Nestled somewhere between noir and social satire, with a feel of Hitchcock about it, a pinch of denunciation of the female condition in Thailand and a good dose of blood, Samui Song [+see also:
trailer
interview: Pen-ek Ratanaruang
film profile], the most recent film by Pen-ek Ratanaruang (considered one of the pioneers of Thai New Wave cinema, having been nominated several times for the Oscars), opened the 14th edition of Giornate degli Autori at the 74th Venice Film Festival (30 August - 9 September 2017). The film delves into the upper echelons of Thai society, into an oft seen marriage between a Thai woman and a Western man in Bangkok, both of whom must deal with an exasperating clash of cultures, where monsters are born of corrupt spirituality.

Friction occurs between Viyada (Chermarn Boonyasak), a beautiful Thai soap-opera actor tired of playing crummy parts, and her husband, Jérôme (Stéphane Sednaoui), a French billionaire who obsessively sculpts phalluses in his private sculpture workshop (while his own no longer seems to work very well, as his wife never fails to remind him), when Jérôme gets involved in a Buddhist sect led by a so-called Saint (Vithaya Pansringarm), a monk with some slightly suspect morals. Viyada feels both oppressed and dominated by her husband, who would like her to join the sect and even hopes to offer her up sexually to his charismatic leader in a sacrificial act that leaves her feeling very disturbed. In the hope of regaining her freedom, Viyada turns to Guy (David Asavanond), a somewhat penniless hit man with a very unwell mother, whom she accidentally encounters in a hospital car park after briefly being hospitalised due to an accident. Guy assures her that he has the power to make bothersome partners disappear into thin air.

After finding some irony in the actions of beer-drinking monks and Thai people watching soaps, the film centres on an imperfect crime, where nothing goes as planned. The film is a chain of successive escapes and disappearances, a mix of drama, giallo and noir, and its plot morphs entirely when the audience is catapulted onto the island of Samui, a sort of picture-perfect oasis promising a new way of life, in which love, harmony and simplicity reign supreme. The film’s plot becomes complex, resulting in metacinematic shots and identity changes, which help to blur the lines between reality and fiction and also confuse the audience somewhat along the way. Even in the most remote places on Earth, where people think they're safe and finally free from social constraints, the past can return at any moment, forcing you to question everything you thought you knew: a very classic yet subtle plot twist that will leave you feeling uncertain and somewhat unsatisfied.

VENICE 2017: Thai filmmaker Pen-ek Ratanaruang is presenting Samui Song, his new film co-produced with Germany and Norway, as the opening film of the Giornate degli Autori

VENICE 2017: Pen-ek Ratanaruang opens the 14th Giornate degli Autori with a Hitchcock-inspired thriller, containing hints of social satire and blurring the lines between reality and fiction

French firms will be striking deals for 40 films selected at Venice, where 15 majority French productions and 14 minority ones are set to unspool 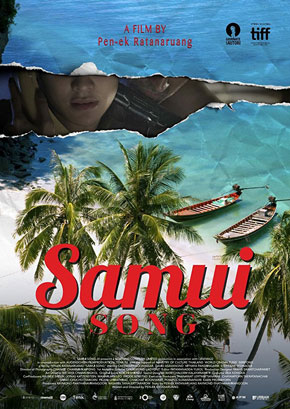 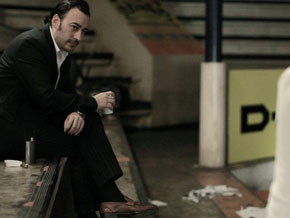 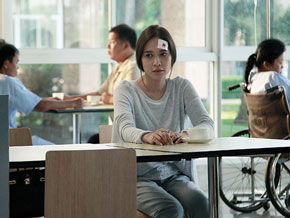 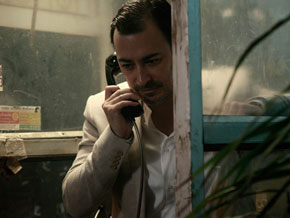