01/09/2017 - VENICE 2017: Lucrecia Martel’s new directorial effort is her most baffling and ambitious work to date, tackling Spanish colonial rule in South America in the 18th century

It's been nine long years since Argentinian director Lucrecia Martel wowed Cannes with The Headless Woman [+see also:
film review
trailer
film profile]. It's an almost criminally long time to have to wait for a work from one of the most unique voices in cinema. It's good to have her back, even if her fourth film, Zama [+see also:
trailer
interview: Lucrecia Martel
film profile], screening out of competition at the Venice Film Festival, is her most baffling work to date. It's also her most ambitious movie, tackling Spanish colonial rule in South America in the 18th century. Yet to call Zama a period drama seems false, because while there is a realistic feel to the images and the world created on screen, this is a feature that holds no claims to historical accuracy. Martel is more interested in discovering what Werner Herzog has coined “the ecstatic truth”, which through poetry, stylisation and imagination can arrive at a deeper, more profound, truth. And, like Herzog, her search for this ecstatic truth in this adaptation of Antonio Di Benedetto's classic 1956 novel takes us into a world of madness.

Daniel Giménez Cacho plays Zama as an increasingly forlorn figure. The fabulous opening scene in which he is caught spying on a group of indigenous women having a mud bath shows him to be a man of questionable morals; it ends with him being chased and so embarrassed by his own behaviour that he resorts to violence. As such, Martel paints him as the archetypal patriarchal figure. His position as an officer of the Spanish Crown gives him a sense of power and importance. His role also means that he has to keep control of the local population, and this is done through employing the carrot-and-stick method, cajoling the people into doing his bidding but not being afraid to resort to violence when necessary. Indeed, at one point, he's told that he carries “the white man's burden”. This statement is used by Martel to almost mock him, as she highlights a society rife with racism, sexism and class prejudices. All Zama wants is to be moved to a post in a better, more hospitable place, but he's too self-entitled to do anything but wait for that change to be bestowed upon him.

There are massive hints in the glorious, bestial soundscape that Martel wants to disorientate the viewer. At some moments, a strange whirling whine becomes so loud that it obscures the dialogue being spoken. The score seems ashamed by what it's hearing and witnessing – or it could be that the film itself is not interested enough in the past to stop this period of history being blurred and confused. Martel leaves much of the movie open to interpretation. As a consequence, there are times when Zama seems indecipherable and impenetrable, but for the most part, the sound design and images of expeditions and battles are so intoxicating that it's a wonder to behold. There always seems to be something happening in the background, from the indigenous population working as slaves to llamas and horses wandering around. Everywhere you look, or listen, there seems to be something to admire, or distract us from what is really happening.

The arc of the movie sees Zama start out by revelling in his position in society, but he's soon put in his place by the rebuttals of noblewoman Luciana (Lola Dueñas). The absence of love from his life is further highlighted by the fact that his wife and children refuse to join him. His sadness only makes him more brutal, more savage, until the moment he gains “freedom” when joining an expedition to hunt for a notorious criminal.

The Match Factory is handling sales for this Argentinian-Brazilian-Spanish-French-Dutch-Mexican-Portuguese-US co-production.

"I'm not crazy about filming, and nor is it the most interesting thing in the world to me"

Argentinian director Lucrecia Martel talked to us about her new film, Zama, and about how it fits in with the rest of her body of work and her idea of cinema

El Deseo is financing Nieva en Benidorm, the new movie by the Catalan director, filming for which kicked off on Monday in the titular multilingual tourist hotspot

VENICE 2019: Chilean-Spanish director Théo Court directs a superb neo-western, set in Tierra del Fuego, about the perversion and misuse of art to serve the indigenous genocide

Filming of the critically acclaimed, Bangkok-born helmer's new drama kicked off on 19 August

Lucrecia Martel to chair the jury at Venice

We spoke to Gastón Solnicki, whose Introduzione all'oscuro was shot in Vienna in 13 days and captures his bond with the city as well as one of its most colourful inhabitants 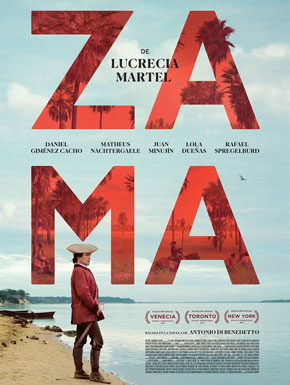 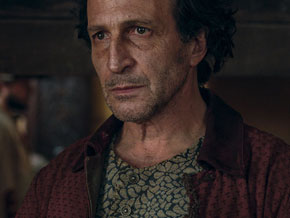 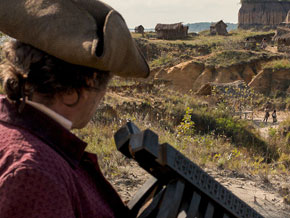 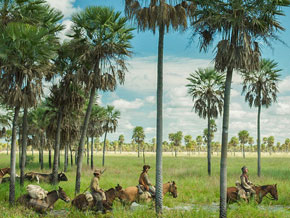 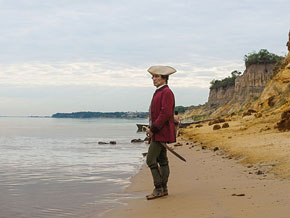