Hunting Season: Feelings that need to be exposed

02/09/2017 - VENICE 2017: In her film screening in the Critics’ Week, debutant Argentinian director Natalia Garagiola observes a father-son relationship in need of mutual maturation

Argentinian director Natalia Garagiola already has a well-established presence at film festivals with her three short films. She started out at BAFICI with her debut, Rincón De López (2011), and later attended Cannes with Mares and Parakeets (2012) in the Critics’ Week and Sundays (2014) – co-directed with Kræsten Kusk – in the Directors’ Fortnight. Her debut feature, Hunting Season [+see also:
trailer
interview: Natalia Garagiola
film profile], is taking part in the competition of the 32nd International Film Critics’ Week at the 74th Venice International Film Festival.

Nahuel (Lautaro Bettoni) lives in Buenos Aires with his stepfather after his mother’s death. After being involved in a violent event, he is expelled from his school, and now, for the first time, he has to go and live with his estranged biological father, Ernesto (Germán Palacios, Possible Lives, XXY [+see also:
trailer
film profile]), a hunting guide in Patagonia. The two of them have never had any actual relationship, as it has been more than a decade since they last saw each other. Nahuel’s rebelliousness and Ernesto’s harshness will combine to strike up a new father-son relationship during the hunting season.

Hunting Season is a multi-layered coming-of-age film, and Garagiola convincingly handles all of its various elements. As expected, Nahuel, who is realistically portrayed by debutant Bettoni, must go through the rites of passage that lead to adulthood. This process is a natural trigger of events, so anything can happen, owing to his age and temper, not to mention his grief. Surprisingly, Ernesto is also obliged to change and inevitably mature by allowing himself to be exposed. This will be the only way to forge the much-needed relationship with his distant son. Everything is so fragile that any kind of mishandling could destroy them. In contrast to the harsh, cold forest, Nahuel and Ernesto need to incubate their deepest feelings for one another and, at the same time, try to remain emotionally invulnerable by burying their fears of loss. Hunting might just work as an excellent excuse to bring them together and could become a common ritual of mutual maturation.

Garagiola explores the virtually secluded environment that she has created for her heroes and enhances the sentimental impact through the visual aspect of the movie. Apart from the obvious juxtaposition between the immense Patagonian landscape, impressively captured by DoP Fernando Lockett, and the almost claustrophobic home interiors, the director reinforces the necessary intimacy via her handheld camera work. She always follows her heroes closely, and despite the distance that may exist between them, they never feel like strangers to the viewer. This creates a solid and convincing result, and as the characters grow by showing their true identities, they seem more approachable. The image, in conjunction with the slightly deconstructive narration, works in favour of the evolution of the characters as it pairs with the almost primitive and silent relationship that Nahuel and Ernesto initially have.

By following the three rules of the titular hunting season, both heroes are able to take a step back in order to adopt the right stance, which then allows them to concentrate on their target – and if they avoid any heavy breathing, they will attain redemption through forgiveness.

Hunting Season is an Argentinian-US-German-French-Qatari co-production by Rei Cine SRL, Gamechanger Films, Augenschein Filmproduktion and Les Films de l’Étranger, and was supported by the INCAA, TorinoFilmLab and Doha Film Institute. The world sales are handled by French company Alpha Violet.

“It all started with a single image”

The film by Brazil’s Beatriz Seigner, co-produced by France, has triumphed in the work-in-progress event organised at Cinélatino – Rencontres de Toulouse

Cinélatino kicks off in Toulouse

The 30th edition of the event will run until 25 March with a rich programme, from competitions to the Films in Progress work-in-progress section

The Zagreb Film Festival announces the programme for its 15th edition

Hunting Season: Feelings that need to be exposed 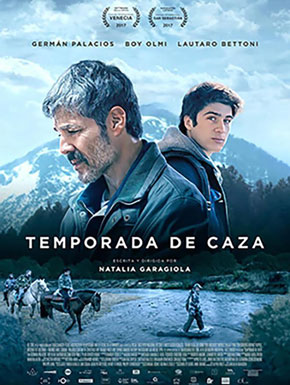 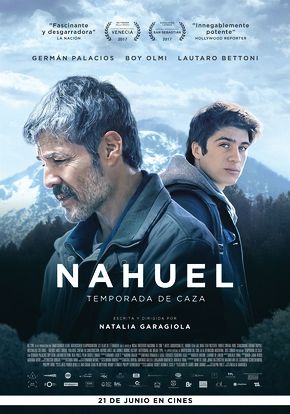 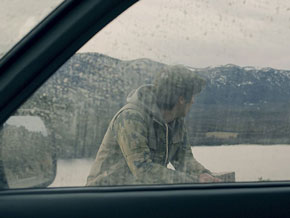 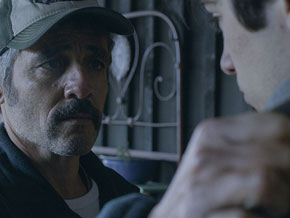 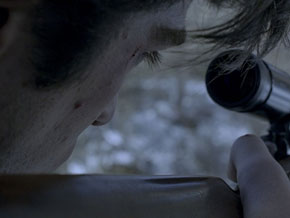 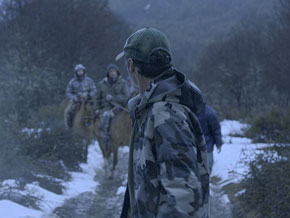 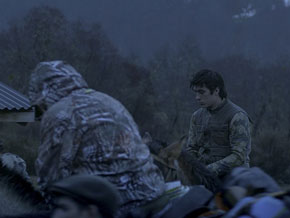