La Mélodie: Music for the masses

In La Mélodie [+see also:
trailer
film profile], Rachid Hami’s first directorial effort, presented out of competition at the Venice Film Festival, Simon (an almost unrecognisable Kad Merad) is a talented violinist in desperate need of a job – so desperate, in fact, that he ends up teaching a music class in a Parisian school. While not exactly a natural-born pedagogue, with the help of Farid (Samir Guesmi), he slowly starts to warm to his troublesome students, especially timid Arnold (Alfred Renély), whom he catches one day standing outside the window, completely transfixed by the music. But with the end-of-year concert fast approaching, the kids have to work twice as hard. And so does Simon.

For all its brief fascinations and technical fads that last about as long as it takes John Waters to say “Odorama”, there is one thing about cinema that stays exactly the same: its unconditional love for the underdog. Unless already cynical beyond redemption, that’s exactly what most people want to see: they want those Jamaican bobsledders to compete in the Winter Olympics; they want a small-town Indiana high-school basketball team to win the state championship while being yelled at by Gene Hackman; and they want one of the nerds to finally get his revenge. And there is absolutely nothing wrong with that.

La Mélodie is utterly and shamelessly based on that very logic. Sure, you have seen this film before: it’s basically Dangerous Minds meets the similarly upbeat The Chorus [+see also:
trailer
film profile] by Christophe Barratier all over again, the only difference being that this time around, the aspiring young prodigy has to practise on the roof of a Parisian high-rise. It doesn’t so much embrace the clichés, as roll around in them like a pig that has found too many truffles and is losing its freaking mind. But while the formula is stale, year after year, stories like this manage to find audiences all over the world for one simple reason: they are fun.

Hami’s film is no exception, because for all its broken characters – and there are some – the Algerian director clearly prefers to entertain, rather than educate. And entertain he does, aided by a playful cast of newcomers who tend to associate classical music with the Champions League anthem, and even Agnès Varda’s muse Corinne Marchand in a brief cameo. There are no prizes for guessing how it will all play out, but it is a carefully engineered effort, and it’s still painless enough to ignore a slightly chemical aftertaste.

Fabien Onteniente to direct the French remake of Quo vado?

Pietro Valsecchi of Medset has two other projects in the pipeline for the French market: the remake of Perfect Strangers, helmed by Fred Cavayé, and the comedy-thriller The Night Off

La Mélodie: Music for the masses 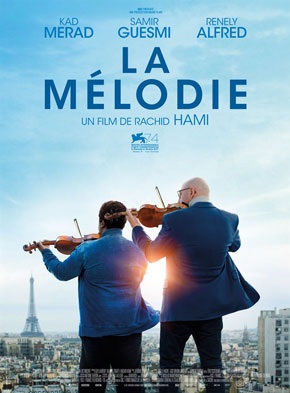 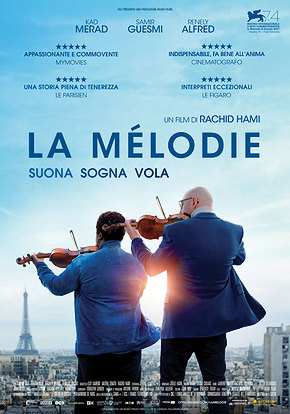 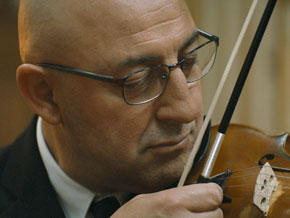 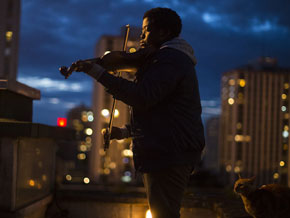 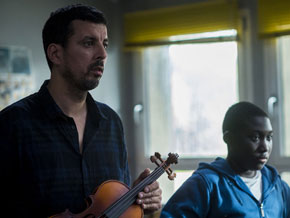 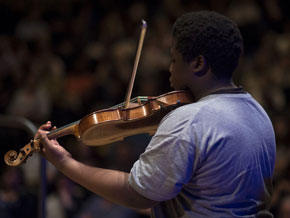