The Ark of Disperata: Rebirth is possible

03/09/2017 - VENICE 2017: The new film by Edoardo Winspeare, included in the competition in the Orizzonti section, narrates yet another tale set in Salento, the filmmaker’s birthplace

Life moves slowly in the little village of Disperata (Apulia). Slowly like the slug in a meadow that is shown in the first shot of The Ark of Disperata [+see also:
trailer
film profile], directed by Edoardo Winspeare, screened in the Orizzonti section of the Venice Film Festival and releasing in cinemas in Italy today. Two bicycles, ridden by a pair of unbalanced idiots heading to a petrol station, barge into this pastoral scene. The theft ends in a death: of a charming German shepherd. Later on, Pati, one of the two attackers, reflects with regret on this petty murder in his prison cell with a troublemaker known as Ciro 'a bestia.

From the beginning of the film, you quickly realise that Winspeare chooses a light tone for characters that are a bit out of the ordinary, without succumbing to regional comedy: This is a very careful and calculated decision to create a world that has its paradoxical aspects in reality as well. Welcome to the South.

It is easy to figure out that for the protagonists, residents of this micro cosmos that the director knows and loves, the name of the village Disperata [‘desperate’ in English] is nothing but a placeholder for Depressa [‘depressing’], the town in Salento that is home to Winspeare Castle, where Edoardo was born and where he grew up. The mayor Filippo Pisanelli (played by Gustavo Caputo, Winspeare’s partner in Saietta Film, the producer) feels unfit for his role and prefers to write poetry and teach literature to the inmates which include: Angiolino and Pati, two delinquents (Antonio Carluccio, who in real life works in the Muro Leccese cemetery, and Claudio Giangreco, a painter); butcher and general advisor Eufemia, Pati’s ex-wife (Celeste Casciaro, actress and the director’s wife); and the young Biagetto (Davide Riso, who works in a supermarket), hare-brained son of Pati and Eufemia. While in prison, Pati gets to know the mayor who teaches him about the beauty of poetry, while his brother Angiolino, more resistant to being let out, wishes to rob a bank and is finally dissuaded by the Pope himself. Thus for Disperata, there is still hope in spite of its name – a hope that possibly resides in the sighting of a thought to extinct monk seal.

Like Winspeare’s previous films, The Ark of Disperata is a short, affectionate essay about Italy’s “southern issues”, sans historic circumstances, calling for a possible rescue: unemployment, lack of future prospects, growing alienation on one hand… courage, heat, social dignity and intelligence on the other. A future is possible, there is room for manoeuvre, and the deal is not sealed for these places.

Intramovies is managing the international sales of this production by Saietta Film and Rai Cinema.

more about: The Ark of Disperata

Filming is under way on Oltre il confine by Alessandro Valenti

From 25-28 January, eight unreleased Italian films are being screened in the French capital, plus 12 projects will be featured at the market and four titles in Work in Progress

The 40th edition of the Italian Film Festival in the town of Lorena opens on Friday 27 October, with 19 films in competition and tributes to Luigi Comencini and Marco Tullio Giordana

The 35th edition of the Annecy Italian Film Festival kicks off today, boasting 33 French premieres and a mouthwatering programme

The Ark of Disperata: Rebirth is possible

VENICE 2017: The new film by Edoardo Winspeare, included in the competition in the Orizzonti section, narrates yet another tale set in Salento, the filmmaker’s birthplace 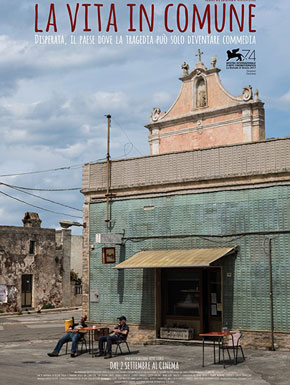 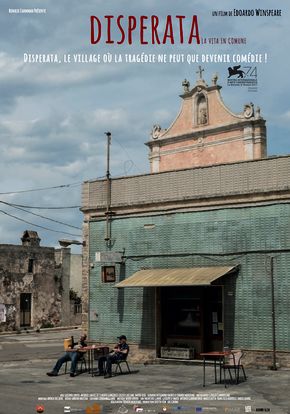 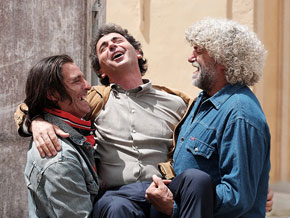 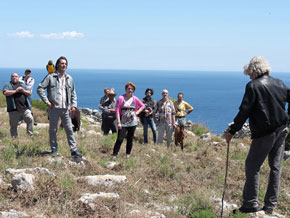 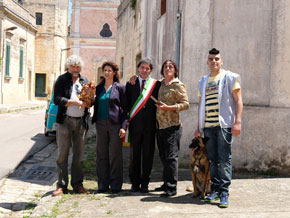 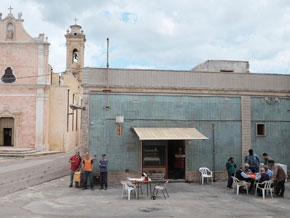