The House by the Sea: Accepting past regrets

03/09/2017 - VENICE 2017: In his new movie, presented in Venice’s main competition, Robert Guédiguian looks back in time, surrounded by some of his favourite people

When Maurice (Fred Ulysse) suffers a stroke, his middle-aged children come back to the family’s seaside villa near Marseille. While tending to their ailing father, Armand (Gérard Meylan), Joseph (Jean-Pierre Darroussin) and Angèle (Ariane Ascaride, once again collaborating with her husband) talk about their childhood and their mistakes later in life, slowly renewing the bond they once shared. Each carrying his or her own burdens, they soon find out that while a forgotten place brings back some memories they would rather forget, it can also help them to finally move on.

“After a good dinner, one can forgive anybody, even one’s own relations,” went the popular saying, perhaps explaining why most of the confrontations in Robert Guédiguian’s unmistakably French film The House by the Sea [+see also:
trailer
interview: Robert Guédiguian
film profile], screening in competition at the Venice Film Festival, take place at the table. As usually happens in the case of long-delayed family reunions of any kind, the accusations start to fly among the hors d’oeuvres. But even when dealing with the most tragic of circumstances, the movie feels strangely upbeat: while Guédiguian talks about past regrets, he also shows how to accept them.

Surrounded by his regular actors (and some new faces, including that of Anaïs Demoustier as an embarrassingly young girlfriend of one of the old geezers), the director doesn’t try to hide the fact that he might be looking back in time himself. Which is not to say it’s all about wistful glances directed towards the sea. “I’m bored of your endless depression,” snaps one character at one point, but Guédiguian himself doesn’t wallow. He might be in an especially reflective mood here, but that doesn’t stop him from revelling in tiny splashes of completely unaffected humour. “Time passes, so just deal with it,” he seems to be saying. And for some strange reason, you actually believe him.

Shot in a place that, at least according to Guédiguian, has the isolated feel of theatre, this is a very intimate affair indeed – all the more so thanks to the participation of those people he has been growing old with himself. While there is no denying the incredible chemistry they all share, at times, The House by the Sea does feel a bit crowded: the inclusion of a fisherman/poet or a last-minute appearance by abandoned refugee children feel like they were crammed in a bit too hastily and ultimately lead nowhere. You might understand why Guédiguian tried to broaden the already rather claustrophobic scope, but the film works best when focusing solely on this tiny group of people, smoking, fighting, re-enacting their childhood games or sharing the most painful of secrets.

The House by the Sea was produced by Agat Films and France 3 Cinéma, with backing from the Provence-Alpes-Côte d'Azur region, and the Cinémage, Indéfilms and Cinéventure Soficas. Its international sales are handled by MK2 Films.

more about: The House by the Sea

“My films reflect where I am”

VENICE 2017: Robert Guédiguian comes back to the Venice Film Festival with The House by the Sea, but not on his own; he tells Cineuropa why he keeps working with the same people

Eager to revisit some of the best films unveiled in Venice during the past few years? Watch them on Cineuropa! 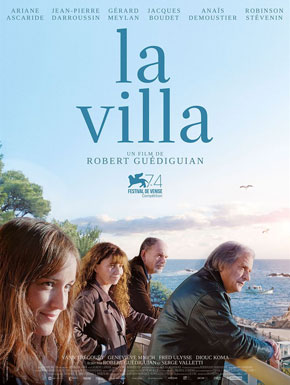 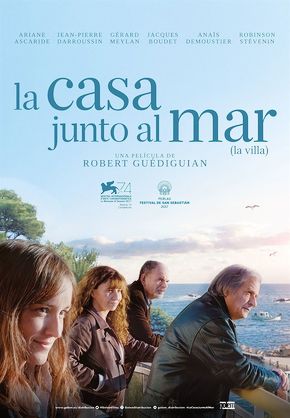 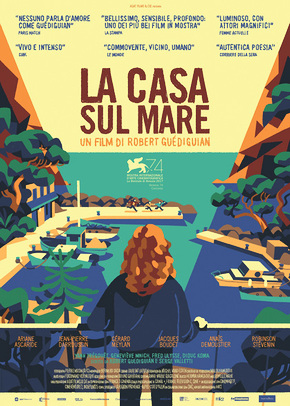 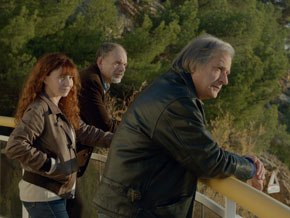 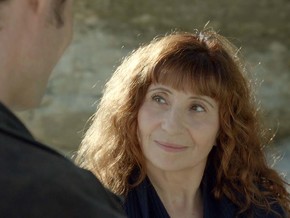 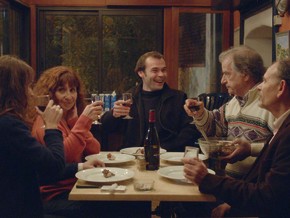 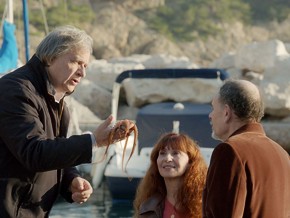 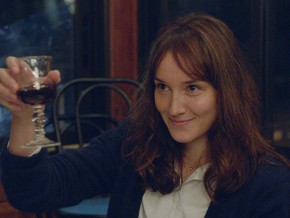 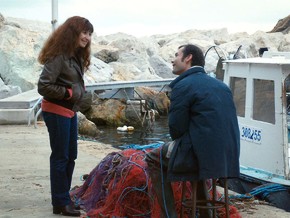 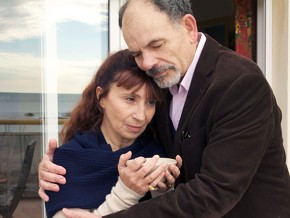 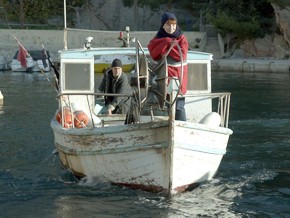