Appearing out of competition at the Venice Film Festival, Victoria & Abdul [+see also:
trailer
film profile] is a broad comedy about an unlikely friendship between the Queen of England and an Indian clerk in 1887. Queen Victoria, as played by Judi Dench in Stephen Frears’ comedy, is bored with life. Her husband Albert has been dead for 30 years, and she’d rather stay in bed than conduct the litany of official duties. In addition to being grumpy, this queen is also uncouth and even eats dinner with her fingers.

Surprisingly, Frears makes Her Majesty oblivious to the atrocities being carried out in her name across the globe. It’s as if the film can’t deal with Victoria’s actual colonial legacy, as it paints her as the liberal heroine who makes friends with people from other cultures. With such a premise, the tone of the film almost inevitably has to be pitched as a light-hearted comedy that steers clear of the insightful social commentary that was a feature of Frears’ masterpieces The Queen [+see also:
film review
trailer
interview: Andy Harries
interview: Stephen Frears
film profile] and My Beautiful Laundrette.

Victoria’s latest questionable choice in friends creates outrage in the court because the man she takes a shine to is an Indian Muslim. The young, bearded, adventurous Abdul (Ali Fazal) is first seen performing prayer with the Taj Mahal in the distant background, before he is plucked from his life as a prison clerk in India and ordered to deliver a ceremonial coin – a Mohar – to the monarch because he’s the tallest man in Agra. It’s the first of many silly bits of British decision making that permeate this royal farce.

For the first act, as the relationship between these two unlikely bedfellows develops, the jokes hit home. This is mostly because of a wry performance by comic actor Adeel Akhtar, playing Mohammed, who is forced against his will to come to freezing Britain. He’s not just a wry comic sidekick to Abdul, but also serves as an informational vessel for the audiences, explaining how the Hindus write in Sanskrit and speak Hindi, while the Muslims of India speak Urdu and scribble in Arabic. When the Indian duo arrives at Buckingham Palace, they are the movie’s Tweedledum and Tweedledee, making derogatory comments about the English and pointing out the hypocrisy and barbarianism of the colonialists.

If only the movie had continued in this manner. Once Queen Victoria replaces Mohammed as Abdul’s closest companion, the film becomes a silly exercise in worthiness made to coincide with the 70th anniversary of the end of the British Raj. Less interesting supporting characters come to the fore, such as her son Bertie, Prince of Wales, played with pantomime gusto by Eddie Izzard, who wants Abdul sent back to India. At this point, the film also fatally shifts its focal gaze away from the viewpoint of Abdul to being told from the perspective of the head of the British Empire, which is a far less interesting angle.

Dunkirk and Three Billboards Outside Ebbing, Missouri land 8 and 7 nods respectively, while the Old Continent is also present in every nominated Best Foreign Language Film

The Shape of Water and British talent dominate the BAFTA nominations

A clutch of European titles make it to the Golden Globes

Three Billboards, Call Me by Your Name and Dunkirk shine in the general categories, while the Foreign Language Film Award includes Loveless, In the Fade and The Square 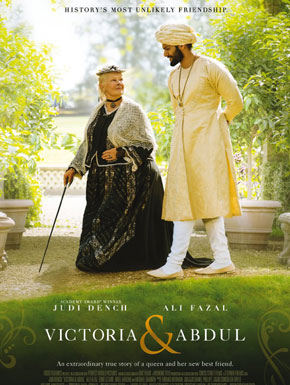 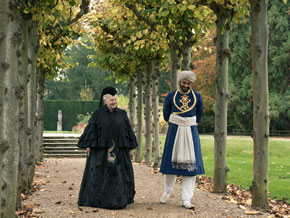 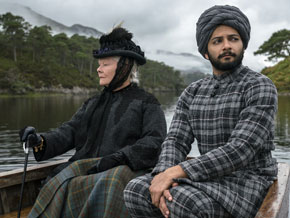 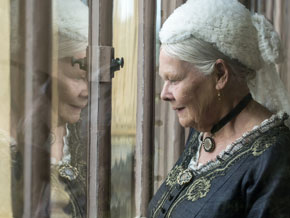 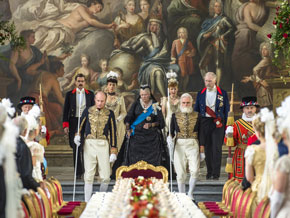 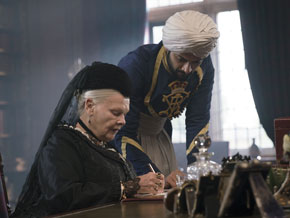