My Generation: The good ol’ days

05/09/2017 - VENICE 2017: David Batty enlists the help of Sir Michael Caine (and some other extremely chatty living legends) and tries to capture the everlasting appeal of the swinging sixties

Named after The Who’s anthem, David Batty’s My Generation [+see also:
trailer
interview: David Batty
film profile], screening out of competition at the Venice Film Festival, is not so much a documentary as Michael Caine’s personal diary, punctuated with occasional starry cameos. It’s strictly vocal, though – there are no talking heads here except the actor’s. Listening to all of these recognisable voices reminiscing about their younger selves blown up on the big screen feels a bit like crashing a senior reunion luncheon. That is, if the seniors in question suddenly decided to swap discussing hip replacements for juicy stories of recreational drug abuse or the fact that Rudolf Nureyev could “do the Swan Lake shit”, but was hopeless at the twist.

By inviting the likes of Marianne Faithfull, David Bailey or Paul McCartney, Caine and Batty proceed to cover a broad scope, from mentions of Brief Encounter to the cult Radio Caroline that went on to inspire Richard Curtis’ The Boat That Rocked [+see also:
trailer
film profile]. It’s a lot of information to take in during the brief 85-minute running time, and at least half of it will already prove familiar. But the narration is lively enough to provide a fun enough listen, if not always an inspiring watch.

Luckily, Caine nonchalantly throws jokes in left, right and centre, making one more willing to overlook yet another piece of archive footage showing Mary Quant’s creations wreaking havoc on London’s streets or Jean Shrimpton’s portrait gallery. He talks about sex, drugs and accents, explains how he scored the role in Zulu and the origins of his stage name (not to spoil too much, but it has something to do with Humphrey Bogart and the curious case of the stolen strawberries). The actor may enjoy talking about himself a tad too much, but with such stories, no wonder.

Save for a last-minute attempt to quickly cover some of the negative aspects of the revolution, My Generation is scored with catchy tunes and is deliciously gossipy, but a bit too one-sided to be considered a real exploration of that crazy decade. “Our parents kept referring to the good ol’ days. And what was so good about them?” asks Caine at the beginning of the film, and then proceeds to do exactly the same. You may only be young once, but as proven by the film, nothing will stop you from talking about it for years to come. Now that’s something to look forward to.

more about: My Generation

“I wanted people to experience the sixties”

VENICE 2017: Cineuropa spoke to David Batty, who presented My Generation out of competition at the Venice Film Festival – with the help of one Michael Caine

“The old distribution models have to be reviewed”

An interview with Italian producer Carolina Levi of Tangram Film, one of the participants of Jihlava's 2018 Emerging Producers

My Generation: The good ol’ days

VENICE 2017: David Batty enlists the help of Sir Michael Caine (and some other extremely chatty living legends) and tries to capture the everlasting appeal of the swinging sixties 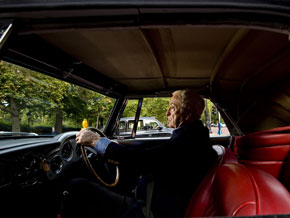 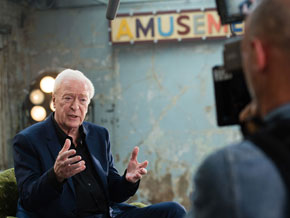 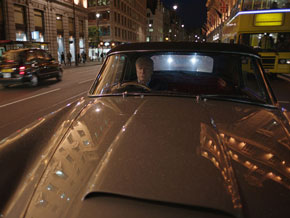