06/09/2017 - VENICE 2017: Martin McDonagh brings his acerbic wit to a competition berth at Venice, with a film that could easily be a cousin of the Coen brothers’ Fargo

Ebbing, Missouri, is a small, fictional American town created in the mind of British writer-director Martin McDonagh. It’s a place where the inhabitants speak razor-sharp dialogue, act in extremes and stand up to authority. The cops keeping these inhabitants in check are the biggest bunch of racist, homophobic gangsters in town. Given the murder and rape of a teenage girl that precipitates the action in Three Billboards Outside Ebbing, Missouri [+see also:
trailer
film profile], screening in competition at the Venice Film Festival, it’s immediately made apparent that Ebbing is not the sleepy idyll one would take it for by looking at the quaint streets and beautiful, vast landscapes, shot by cinematographer Ben Davis (Seven Psychopaths [+see also:
film review
trailer
film profile]) to look like Stephen Shore still photographs from the 1970s.

The sense that this movie could be a cousin of the Coen brothers’ Fargo is added to by the music provided by Coens regular Carter Burwell and the leading role of Mildred being played by the inimitable Frances McDormand. Mildred wears the same jumpsuit every day as she goes about her daily business, working at her gift shop. She is fearless and determined, which partly comes from having escaped a marriage to domestic abuser Charlie, and also from having to deal with the tragedy of her daughter being murdered seven months prior. She has also brought the town into focus by taking out sequential adverts on three billboards demanding that more be done by police chief William Willoughby (Woody Harrelson) to find the murderer.

Through the activities of Mildred and Willoughby, we meet the eclectic bunch of characters. Sam Rockwell is mesmerising as the wilfully obtuse and angry second-in-command Officer Dixon. Others of note include the financially motivated, wide-eyed advertising executive Red (Caleb Landry Jones), Mildred’s ex-husband Charlie (John Hawkes), his young girlfriend Penelope (Samara Weaving) and their likeable son Robbie (Lucas Hedges). On the romance front, town dwarf James (Peter Dinklage) is pursuing Mildred, and Willoughby’s wife Anne (Abbie Cornish) is the dependable stalwart looking after their two children. There are echoes of Twin Peaks and Fargo, again, in the characters being more intriguing than the plot.

Yet this is unmistakably a McDonagh film. The same cynical humour that fired In Bruges [+see also:
trailer
film profile] (2007) and Seven Psychopaths fuels the laughter here, but in Three Billboards, it’s often used to mask heartache. As one character tells another in a letter, you need love, which is important in a story where coping with death and dysfunctional families is a major theme. And while there is a lot of love being shown in Ebbing, McDonagh sometimes falls into the same trap seen in his previous films, where he chooses the darkest, most extreme option on offer, such as in a flashback scene between Mildred and her daughter, which feels overly melodramatic. This being his third film, there is also a familiarity to his gags on racism and homophobia, which at times feel a bit obvious and superfluous. Finally, there is not enough delineation between the characters’ dialogue – for example, they all seem to be experts at delivering off-the-cuff wisecracks. These issues mean that Three Billboards is as flawed as its central characters. Luckily, it’s also just as funny and interesting.

Produced on the UK side by London’s Blueprint Pictures, this British-American co-production is being sold internationally by Fox Searchlight Pictures.

FICE president Domenico Dinoia talks about the excellent results obtained by auteur films at the beginning of the year, and compares Italy to other European countries

Reel Suspects primed and ready to sell To the Night

The French firm will be touting the latest film by Peter Brunner, featuring Caleb Landry Jones in the lead role and set to world-premiere in the official competition at Karlovy Vary 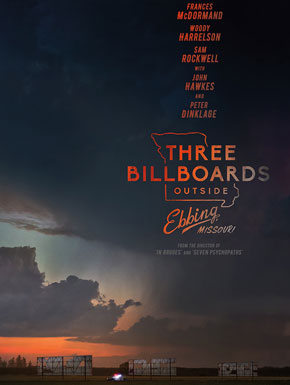 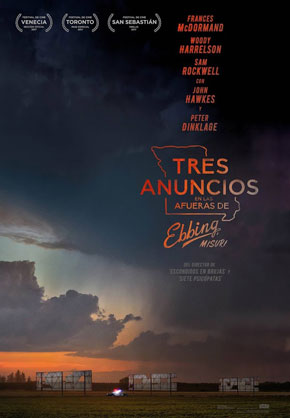 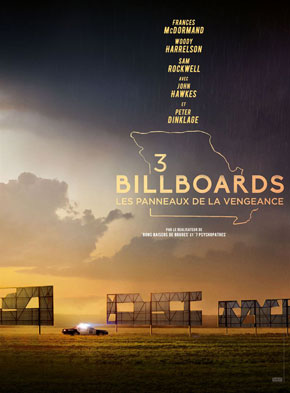 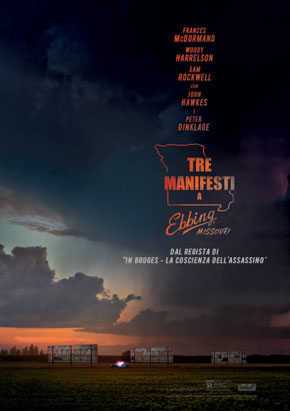 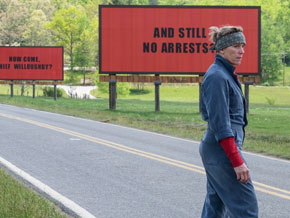 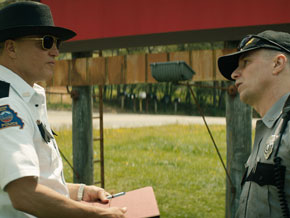 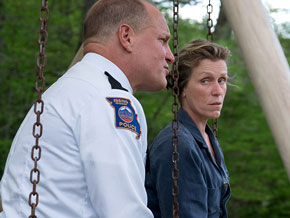 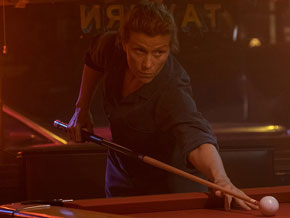 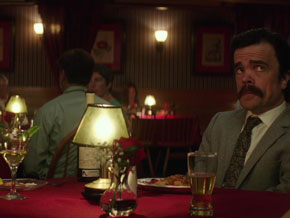