Loving Pablo: Or are we?

07/09/2017 - VENICE 2017: Fernando León de Aranoa gives us a questionable cinematic take on the life of Pablo Escobar, screening out of competition on the Lido, and starring Penélope Cruz and Javier Bardem

“When I cry over a man, I prefer to do it in a private jet, rather than on a bus,” says television journalist Virginia Vallejo (Penélope Cruz) as part of her voiceover narration in yet another cinematic take on late Colombian drug lord Pablo Escobar. It’s just as nauseatingly self-aggrandising to say that when crying about a movie, it’s better to do it at the Venice Film Festival, rather than in the local multiplex.

Loving Pablo [+see also:
trailer
film profile], an adaptation of Vallejo’s memoir Loving Pablo, Hating Escobar, is playing out of competition on the Lido. It was written and directed by Fernando León de Aranoa and stars Javier Bardem as Escobar. Bardem, who also has a producing credit on Loving Pablo, worked with de Aranoa on the 2002 Goya Best Picture winner Mondays in the Sun [+see also:
trailer
film profile], and it’s been 25 years since a 22-year-old Bardem and a 16-year-old Cruz arrived on the Lido to promote Jamon Jamon, the first of their many collaborations together.

Bardem has piled on the pounds to play the Colombian drug lord and seems determined to display his portly belly whenever he can. The father of the weight-gain approach to acting is Robert De Niro, and homage is paid to the Raging Bull star when Escobar’s head pops up above the water in a direct reference to Cape Fear. To be fair, his flab does provide Loving Pablo’s best moment: when Escobar is running through trees naked to escape the police, there’s a long shot of his posterior wobbling up and down as he traverses through the trees, which makes for quite a sight.

But no amount of fat can cover up the strange decision to tell this story in Spanglish. Even scenes between real-life husband-and-wife team Cruz and Bardem switch incoherently from Spanish to English in a miscalculated move that seems designed to appeal to international markets. Bardem just doesn’t seem comfortable with his Anglo-Saxon tongue and mumbles his lines to the extent that, at times, it’s almost impossible to understand him.

In stark contrast, Cruz gives a breezy performance as his mistress, playing up the TV personality side of her character. The fact that they are an odd couple fits the storyline, as much is made of the fact that Vallejo is a fashion icon who sees Escobar as a bit of rough, despite his burgeoning bank account. Her overly expositional narrative explains how Escobar cannot countenance leaving his wife and kids for her, no matter how coiffed her hair or beautiful her outfits. But the film is oddly reluctant, given that this is being told from Vallejo’s point of view, to spend the time needed to explore the relationship between the two. That’s because it is soon apparent that the filmmakers are more interested in Escobar than Vallejo, so despite this supposedly being Vallejo’s take, there are plenty of scenes with Escobar that she would not have been privy to.

The movie follows the standard narrative sequences of any self-respecting Escobar movie, by going through the motions of showing him as a politician, a man of the people, a thug, a prisoner, an escapee and then a man on the run before being killed. Less is known of Vallejo, and so her story is the most intriguing one here, especially her friendship with US DEA Agent Shepard and her struggle to escape the moniker of being Escobar’s mistress. So it’s a shame that her story is relegated to being part of the Escobar sideshow.

A Spanish-Bulgarian co-production, Loving Pablo was produced by B2Y Productions and Escobar Producciones. The sales are being handed by Nu Image/Millennium Films (USA).

Javier Bardem and Fernando León de Aranoa are firing on all cylinders in this convulsive, hilarious and accomplished dark comedy about the indignities of working life

Rodrigo Santoro and Álvaro Morte will star as Magallanes and Elcano in an upcoming Amazon series on a historic feat that united Spain and Portugal in triumph: the first circumnavigation of the globe

The Madrilenian star will pick up the honorary prize at the upcoming edition of the Basque gathering; her face also graces the event’s official poster

Loving Pablo: Or are we?

VENICE 2017: Fernando León de Aranoa gives us a questionable cinematic take on the life of Pablo Escobar, screening out of competition on the Lido, and starring Penélope Cruz and Javier Bardem

The two-time Oscar winner is shooting this European co-production in Spain, with a Spanish-speaking cast headlined by Javier Bardem, Ricardo Darín and Penélope Cruz 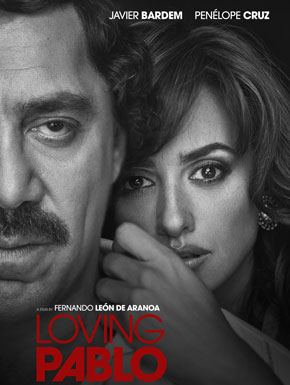 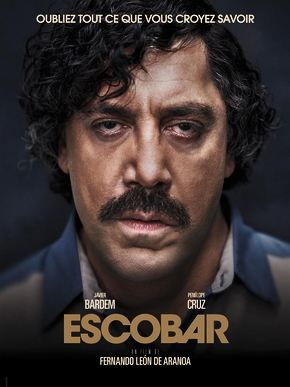 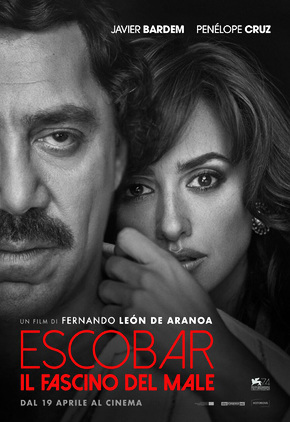 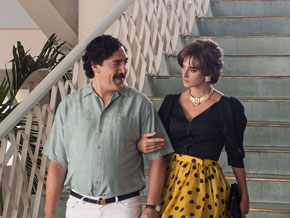 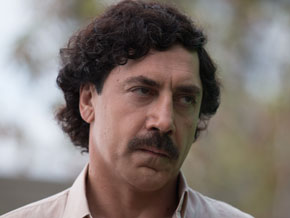