Review: Racer and the Jailbird

08/09/2017 - VENICE 2017: Matthias Schoenaerts returns to the screen with his constant partner-in-crime Michaël Roskam and alongside Adèle Exarchopoulos in a dark and tragic love story

Adèle Exarchopoulos and Matthias Schoenaerts in Racer and the Jailbird

For Racer and the Jailbird [+see also:
trailer
interview: Michael Roskam
film profile], his third feature film and second in Belgium after The Drop in the United States, Michaël Roskam is back with a romantic thriller, which is a sort of mix between a gangster film and a tragic love story. It stars his favourite actor Matthias Schoenaerts, who was also in Bullhead [+see also:
film review
trailer
interview: Bart Van Langendonck
interview: Michaël R. Roskam
film profile] and who is now well-known internationally. Adèle Exarchopoulos is by his side with a ton of conviction in this very masculine film, created by this out-of-the-ordinary love story.

Gino "Gigi" Venoirbeek (Matthias Schoenaerts) is a crook who has spent most of his life behind bars. After a number of stays in juvenile detention centres and in prison, he joins a gang of criminals from Brussels in the late 1990s, practically mythical stars who carry out armed attacks. Fascinated by car racing, he goes to the Zolder track one day where he meets Bénédicte "Bibi" De Coninck (Adèle Exarchopoulos), daughter of a rich businessman from Brussels. It is love at first sight and the beginning of a turbulent and passionate relationship.

Racer and the Jailbird begins with a flashback to Gigi’s childhood. You see a troubled, resistant boy, at loggerheads with his abusive father and the authorities. Gigi finds his place as well as fellow bandits along the way. He is first loyal to them, especially to Serge, who is sailing in the same boat. Another motif is revealed in the opening: Like in Bullhead, animals play a key role in this film. Here, you have dogs. Gigi dreads them and we never really know whether that is because he fears their savage nature or their power to make him revert to his own animal instincts.

After this prologue that establishes Gigi’s character, the film is, as such, divided into two chapters – the first part focuses on Gigi, the second on Bibi – their meeting, this electric encounter can be taken as a turning point. The two lovers share a certain taste for adrenaline, which one gets by robbing banks and then other by racing cars. Both are ready to be tied down by love, but without giving up their freedom. The director associates this contradictory desire of submission and freedom to the condition of the dog that is willing to remain in his cage as long as the door remains open. Of course, this thirst for freedom – hers like his – is heightened by the risks undertaken by Gigi, who like all thieves is addicted to the “last” heist.

But prison is not necessarily the worst obstacle to the freedom to love and be loved. After a first half that hits the ground running to establish the characters in their conditions – that of thief and of race car driver – the story expands and tests the lovers in ways they could not have imagined. This tragic love story goes through a number of narrative movements, against the background of the world of gangsters and racing. Roskam paves the path for Belgium noir, a mix between French thrillers and American film noir as he describes it, by shooting in Brussels as well as on the French Riviera, the glamourous backdrop for extraordinary and risky lives.

Racer and the Jailbird is produced by Savage Film, who also produced Bullhead, and is co-produced by Stone Angels (France), Eyeworks (Flanders), Frakas Productions (Wallonia), Kaap Holland Film BV and Submarine for the Netherlands. Racer and the Jailbird, in competition at Toronto next week, will release on 1 November in France distributed by Pathé, and on 4 October in Belgium by Kinepolis Film Distribution. It will also be Belgium’s entry to the Oscars for Best Foreign Film.

more about: Racer and the Jailbird

"I make action films for the soul"

VENICE 2017: In conversation with Michaël Roskam, who world-premiered at Venice Racer and the Jailbird, Belgium’s entry to the Oscars

Alexandra Lamy and Philippe Katerine topline this production staged by 24 25 Films, which is being sold overseas by Charades

CANNES 2019: We met with Jean-Yves Roubin, founder of Frakas Productions, the co-producer of two films showcased in Cannes this year: Atlantics and Vivarium 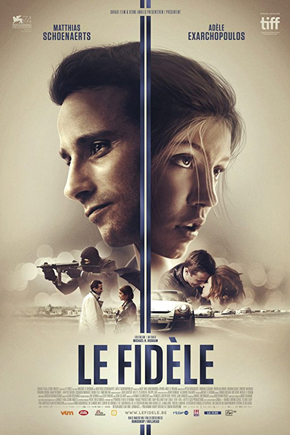 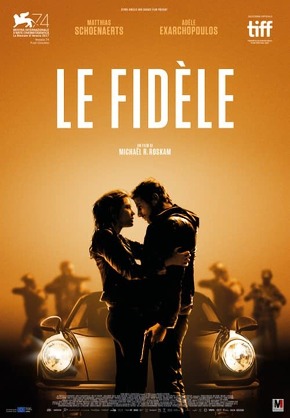 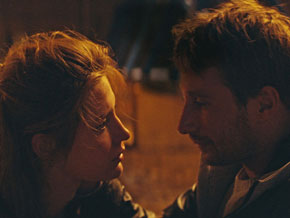 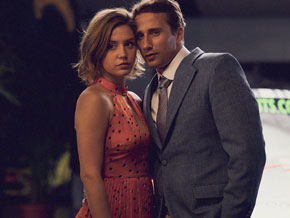 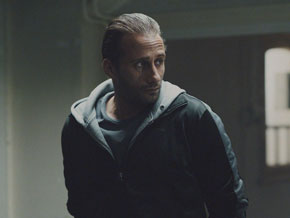 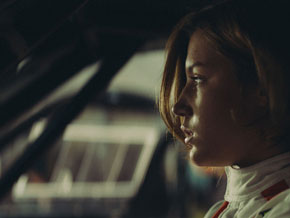