Mektoub, My Love: Canto Uno, dreaming on your own

08/09/2017 - VENICE 2017: Abdellatif Kechiche’s long-awaited follow-up to Palme d’Or winner Blue Is the Warmest Colour simmers for over three hours in competition at the Venice Film Festival

Is there a filmmaker better at making everyday conversations about relationships more enticing than Abdellatif Kechiche? On the evidence of this Venice Film Festival competition entry, the question is rhetorical. Mektoub, My Love: Canto Uno [+see also:
trailer
film profile] pushes the boundaries of even his 2013 Palme d’Or-winning Blue Is the Warmest Colour [+see also:
film review
trailer
interview: Abdellatif Kechiche
film profile] and the 2007 Venice Film Festival Special Jury Prize winner The Secret of the Grain [+see also:
film review
trailer
interview: Hafsia Herzi
film profile] in eschewing plot in favour of a character-driven world, which is intoxicatingly experiential. Of the films in competition at Venice, this is the one that pushes hardest at the limits of the cinematic form.

Kechiche transports us into the beds, beaches and bars of Sète, a coastal town in the South of France, with a group of young, horny characters having fun and emotional meltdowns during the summer of 1994. The rapacious camerawork of Marco Graziaplena is so intimate that it breaks the fourth wall as it dances through the action like an unseen, inquisitive character. Kechiche adds to the sense of verité by lingering on scenes, waiting for something to happen, rather than forcing events. The camera is constantly probing, weaving between characters, desperately seeking that moment of revelation, or maybe a plot. As it does so, it provides a male gaze that’s as infatuated with the female form as Harmony Korine’s Spring Breakers, with an inordinate amount of booty shots. Understandably, for some audiences, this aspect will be too off-putting to allow them to enjoy the cinematic pleasures offered elsewhere.

Our central protagonist, Amin (Shaïn Boumédine), is a wannabe scriptwriter and still photographer who is visiting his hometown from Paris for the summer. He observes life, looking for ideas to put in scripts; he retains a distance and is seemingly determined to suppress his impulses. The absence of lust in a world buzzing with hormones creates a curiosity in Amin that gives the movie a tension, but one based on his inner turmoil, rather than melodrama. The film is loosely based on the novel La blessure, la vraie by French writer François Bégaudeau, and is seemingly imbued with the director’s biographical memories. With its over three-hour running time, the film’s pacing feels inspired by television series and books, and makes use of time to create an affinity with the characters. It’s a marvellous and rare skill to be able to do this and maintain heightened interest, where even the lulls seem pertinent.

Amin is introduced by his observing his childhood friends Ophélie (Ophélie Bau) and Tony (Salim Kechiouche) having sex, a rare moment where we actually see copulation taking place. In a film replete with repetition, the handsome Amin turns down numerous sexual advances made towards him, yet the complex character also tells Ophélie he wants to photograph her naked. He is a character who is grappling with his sexual identity while his youthful emotions develop, and as such, Mektoub (which means “destiny” in Arabic) can best be described as a coming-of-age yarn.

Amin roams in a sexually charged universe. The fabulous opening sequence takes us from Ophélie’s bed to a meeting with Céline (Lou Luttiau) and Charlotte (Alexia Chardard), two girls from Nice who become part of Amin’s circle. And we just spend time with them and his extended family. Amin likes to frequent a Tunisian restaurant run by his parents, and his unmarried aunt Camélia (Hafsia Herzi) and his uncle Kamel (Kamel Saadi) are fun peers. It’s a world full of life that demands attention, and while nothing of great dramatic consequence seems to be happening, it’s clear that the experience is influencing Amin, as both a man and a storyteller, who remains beguiling throughout.

Karim Leklou, Shaïn Boumedine, Lubna Azabal, Samir Guesmi and Laurent Lafitte all star in the cast of the filmmaker’s second feature, which is produced by Mizar Films and sold by mk2 Films

Le Pacte has high hopes for Onoda – 10,000 Nights in the Jungle at the EFM

Dominique Lienhard in post-production with Fires in the Dark

Besides the trailer for Gabriele Mainetti’s next film, the public broadcaster’s international sales arm is pinning its hopes on the new Gabriele Salvatores movie and the thriller I’m Not a Murderer 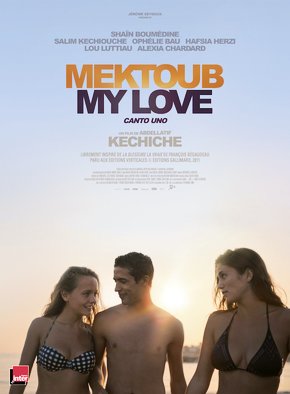 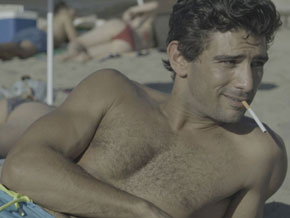 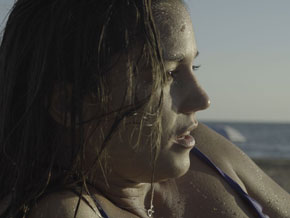 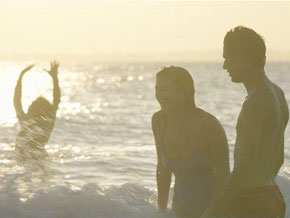 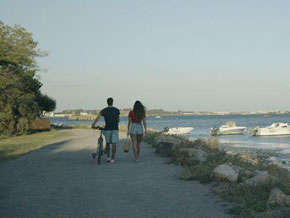 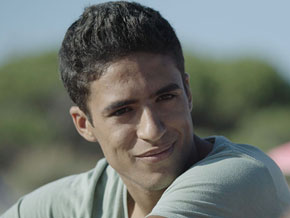