08/09/2017 - VENICE 2017: The debut feature film by Cosimo Gomez shows a gang of disabled people who, after robbing a bank, want to kill each other

Hip hop and electro swing on loop, a convulsive montage of flashbacks and flash forwards, violence, gore, bad language and political incorrectness all come together in the black comedy Ugly Nasty People [+see also:
trailer
film profile], Cosimo Gomez’s first feature film, presented in the Orizzonti section at the Venice Film Festival before its release on 19 October by 01 Distribution.

The protagonists of the film have different kinds of disabilities. The main actors were digitally “reworked” while the others have real disabilities. The message of the film, quite explicitly, is that people with disabilities are not monsters but are people like everyone else and that for this reason, they can also turn into monsters from time to time. The film is about a gang of robbers who – obviously – end up at loggerheads when it comes to dividing the booty. References to the freaks of Tod Browning’s mythical 1932 film are no coincidence: The protagonist, who is called Il Papero and is played by Claudio Santamaria (The Call Me Jeeg [+see also:
film review
trailer
making of
interview: Gabriele Mainetti
film profile]), comes from a family of circus performers and has no legs. His wife is Ballerina (Sara Serraiocco, Wordly Girl [+see also:
film review
trailer
making of
interview: Marco Danieli
film profile]) and has no arms. She is the dark lady of the situation: She has a different, highly eccentric look in every scene – geisha, witch, belly dancer…The gang also includes a smoked-up Rastafarian nicknamed Il Merda (Marco D'amore, known for the television series Gomorra and almost unrecognisable in his dreadlocks) and Plissè, a rapper and break-in expert who is just 1.2m in height ((Simoncino Martucci, a rapper with osteogenesis imperfecta in real life). Among the various characters is also the priest Charles ((Narcisse, The African Doctor [+see also:
trailer
film profile]), who sings “The Lord has tagged me in his social network” but is actually a Muslim Hausa combatant who has escaped from Nigeria; the upstanding police officer Parisi (Giorgio Colangeli); and a very sweet African prostitute called Perla (Aline Belibi), who thinks that she is before the goddess Mami Wata when she runs into Il Papero.

They are all running after the same goal: to dupe the others. Four million euros in a Swiss safe await the lucky winner of this race where the biggest traitor will come out on top. One wants the money to move to Cartagena and live in the lap of luxury; the other wants the money to buy himself bionic legs.

This film, which is based on a script that won the prestigious Solinas Prize in 2012, is an Italian-French co-production by Casanova Multimedia and Rai Cinema, with Mille et une productions and Tchin Tchin Production, as well as the support of Eurimages, the Lacio region, the Mibact fund for co-productions between Italy and France, and with funding from the CNC’s aid programme for new technologies in production. Rai Com is the international sales agent. The Sweet Life Society is in charge of the soundtrack.

Rai Com sells Dogman, which is in the running for the Palme d’Or

The festival's new edition (21-28 April in Bari) will welcome 12 films from all over the world in competition, as well as master classes by Martone, von Trotta, Favino, Ramazzotti and Albanese

Shooting on Gomorrah 4 to start in mid-April, with Marco D'Amore at the helm

The actor will no longer be playing the iconic Ciro, but will be returning to the set as director. The new episodes will be aired on Italy's Sky Atlantic in spring 2019 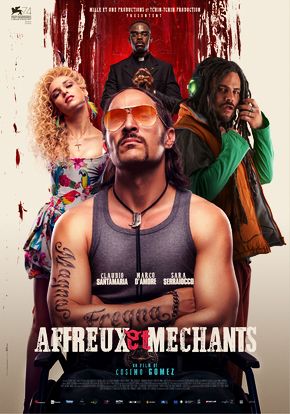 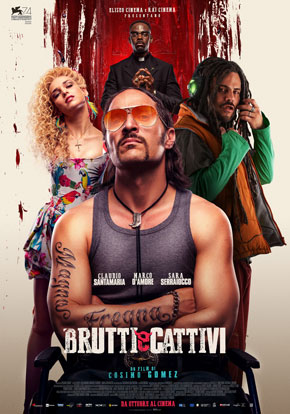 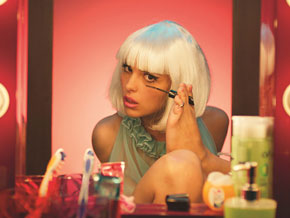 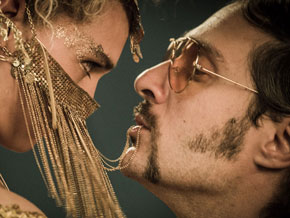 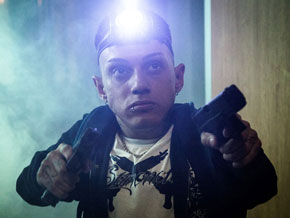 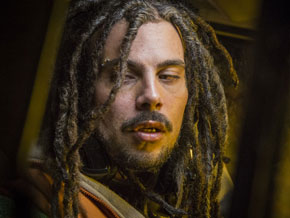 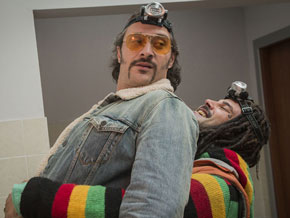