Euthanizer: A punisher with a soft heart

11/09/2017 - TORONTO 2017: Following in the footsteps of the old-school revenge/exploitation genre, Teemu Nikki delivers an emotional film that still has a B-movie vibe but that everyone can enjoy

Finnish filmmaker Teemu Nikki boasts an extensive career, with numerous shorts, hundreds of commercials, a slew of music videos and a couple of TV series to his name. Since 2001, he has been collaborating with his producer and co-writer, Jani Pösö. Simo Times Three (2012) was his feature debut, while he gained more attention with his second feature, Lovemilla [+see also:
trailer
film profile], which was also a TV and web series. Euthanizer [+see also:
trailer
interview: Teemu Nikki
film profile] is Nikki’s third feature and had its world premiere in the Contemporary World Cinema section of the 42nd Toronto International Film Festival.

Veijo (Matti Onnismaa), a true animal lover, lives in a poor, suburban Finnish region and is a black-market pet euthaniser. He’s also an animal whisperer and prefers to personally deliver justice to careless owners who neglect their pets. His unconventional but meticulously organised life is disrupted when he comes across Petri (Jari Virman), a garage mechanic and member of a neo-Nazi gang, and Lotta (Hannamaija Nikander), a young nurse who understands his psychoses. Veijo will start to change before seeking revenge.

Euthanizer never attempts to hide its genre character, and it’s an honest film in this regard. Starting from such a bleak, stark starting point may be somehow off-putting for a certain audience, but everything evolves as the story unfolds. In contradiction with traditional revenge films, Euthanizer has a pure emotional core that also offers us a glimpse of a disturbing but hilarious side to the movie. Veijo is a troubled man, but he is not acting without a cause; on the contrary, he is a man of principles and clear intentions, even if they don’t really fit in with social norms. He is an authentic hero who wants to deliver justice to a world that has no boundaries, while simultaneously breaking some of the “heroic” rules, as he is able to both shoot a dog and be fair-minded with corrupt people. As a result, initially it is hard to stand up for him, but he seems like the only real character in this broken society. This constant fight between right and wrong is Euthanizer’s focal point, and it is quite successful in this respect.

Nikki is a self-taught filmmaker, and this film stands as a testament to that experience. He directed, wrote, edited and co-produced – along with Jani Pösö – his movie, and he has infused it with an almost-forgotten handcrafted feeling that genre and exploitation films used to have. There is, of course, a constant grungy B-movie vibe that works as an homage, but which never degrades the quality. Everything is so finely balanced, giving a solid result that will please the audience and which follows closely in the footsteps of Don Siegel’s Dirty Harry, one of the main influences that Nikki cites. Furthermore, the whole atmosphere is intensified by Finnish character actor Matti Onnismaa, a true local legend with over 150 films on his CV, who here has secured his first leading role as a true punisher in search of justice. Nikki delivers a pure, old-school, enjoyable film that, at its core, has more to offer to the audience than simply a story of revenge. Euthanizer is a great genre treat, and not only for the enthusiasts who pine for the VHS era and the smell of burnt celluloid.

“Kids are humans too, just not as tall as the adults”

Cineuropa chatted to Jani Pösö, producer of Snot and Splash, which was awarded the Eurimages Co-production Development Award during the Junior Co-production Market at Cinekid

Prizes were handed out to several projects selected for this year’s Junior Co-production Market, including Teemu Nikki’s exciting venture into children’s entertainment

Norway’s HIM snags the Eurimages Lab Project Award at Haugesund 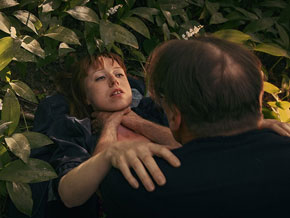 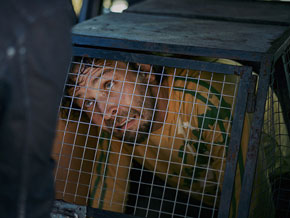 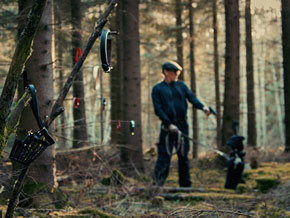 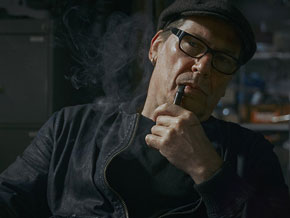 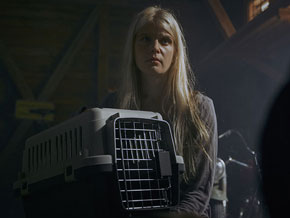