Life Guidance: A man breaks free from the clutches of idyllic capitalism

09/09/2017 - VENICE 2017: Austrian Ruth Mader's film is a sterile and disturbing futuristic thriller in which a private agency is tasked with rewiring those who rebel against the system

The only Austrian title selected this year at Venice for the 14th Giornate degli Autori, Ruth Mader's Life Guidance [+see also:
trailer
interview: Ruth Mader
film profile] joins a long list of films (and TV series) that anticipate a dystopian future in which the human race is trapped in an invasive and impersonal social-economic system, to which we have largely contributed. Almost extending some of the concepts of Black Mirror (the lucky British series on the troubled progress of new technologies), Mader's film catapults the audience into a future that very much resembles the present day, and shows us what could soon happen in modern society if we do not put the brakes on our ever-sophisticated apparatus for controlling the masses. Rather than coming from a technological angle, Mader chooses the concept of capitalism as a launch pad for the protagonist's unhappiness, a middle-class man, born into the system, who starts to ask questions and rebel against the rules.

Brought to life by Fritz Karl, star of Austrian TV, Alexander works in the financial sector and has a beautiful wife, Anna (Katharina Lorenz), a beautiful son, Franz (Nicolas Jarosch) and a beautiful house, all dropped into a frosty, robotic context, where even an "I love you" is uttered with no emotion. At school children are taught to be "optimal" from a young age, to comply with standards, and to produce results. Crying is not considered an optimum mode of living, so when Alexander happens to do so - in response to a somewhat strange answer given by his son - he sees a Life Guidance agent immediately knocking on the door (played by Florian Teichtmeister), a private company responsible for keeping people that show signs of failure in check. The presence of this smiling, phoney man becomes increasingly intrusive; Alexander sees him everywhere, in the house, in the garage, at the lake. In his progressive escape from the junctures of perfect capitalism and efficiency at all costs, the protagonist shuffles into the dark corners of society, i.e. inhabited by those who don’t earn much (despite his car's sat-nav ordering him to steer clear), where he must confront questions about God and the border between freedom and transparency, imagining a different life, a simpler life. But is this really what he wants?

The film takes on the form of a thriller. Alexander slowly discovers the means by which Life Guidance controls people, as he discovers that even his most intimate desires have been accurately catalogued. The moderately futuristic setting accentuates the feeling of closeness to the present, without showing any technological devices on screen (we don’t even catch a glimpse of a smartphone). Among the furniture essential to human lives, frozen emotions and some lacklustre performances, the audience may feel a slight detachment from the action – perhaps the protagonist's choices lack some depth. Life Guidance remains a successful film with an interesting theme that leaves the audience with some questions to take home.

Interview: Ruth Mader • Director of Serviam – I Will Serve

“Girls can also be violent”

The 58th edition of the Greek gathering includes a thematic international competition, a Greek focus and the launch of its first VR competition

The Pingyao Crouching Tiger Hidden Dragon International Film Festival has announced the line-up for its inaugural edition, including a vast selection of European titles 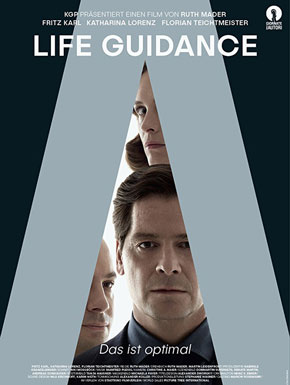 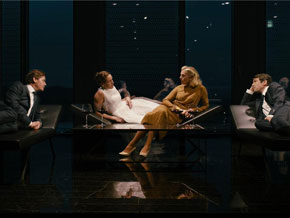