11/09/2017 - TORONTO 2017: Using a period-drama story set in the 18th century, Austrian filmmaker Barbara Albert explores the role of women in contemporary society and their need for freedom of choice

Barbara Albert is one of the most celebrated personalities in Austrian cinema, active in various different fields as a director, writer, producer and actress. As a director, she introduced herself in 1999 with her debut, Nordrand, which was awarded at Venice. Her next films, Free Radicals (2003), Falling [+see also:
trailer
film profile] (2006) and The Dead and the Living [+see also:
film review
trailer
interview: Barbara Albert
film profile] (2012), were included in competition at many film festivals. Mademoiselle Paradis [+see also:
trailer
interview: Barbara Albert
film profile] is Albert’s fifth feature and is currently taking part in the Platform section of the 42nd Toronto International Film Festival.

At just 18 years of age, aristocrat Maria Theresia (“Resi”) Paradis (Maria-Victoria Dragus) is a real wunderkind. She lost her eyesight as a child, but she’s an incredibly talented pianist, a close friend of Mozart’s and fairly famous in 18th-century Viennese society. In their quest to restore her vision, her parents come across Franz Anton Mesmer (Devid Striesow), a notorious “miracle” doctor who practises a controversial method. By following Mesmer’s radical treatment, Resi will start regaining her vision. Simultaneously, her musical virtuosity starts to decline, along with her fame, too. Now she has to face a dilemma between art and her health.

Mademoiselle Paradis is a dark period drama, elegantly depicted through Christine A Maier’s cinematography, and set in the culturally vibrant Habsburgian era. Albert was inspired by the true story of Paradis, whose work did not survive in its entirety. The film is an adaptation of the successful novel Mesmerized by Alissa Walser, and the script was penned by Kathrin Resetarits. Incidentally, this is the first film that Albert has directed without also writing it.

Even though the story is set in 1777, the topics it deals with are still contemporary. Resi, mesmerisingly portrayed by rising star Dragus, is a true pioneer of her generation, in an open-minded but still excessively austere artistic society. She’s only accepted on account of her talent and her disability combined. When she starts losing one of her skills, she must face up to reality and observe how a so-called cultured society deals with someone who dares to differ, especially when it is a woman who is demanding respect on her own merits, and her freedom. In order to break free from socially imposed constraints, she has to let go of something, and there emerges the moral question of how far Resi should go just to feel accepted.

Doctor Mesmer may seemingly be the only one who truly cares about Paradis’ health, but he still treats her as just another attraction for the bourgeoisie. He persuades her to sacrifice the images conjured up by the music, which are the source of her virtuosity, in favour of a substitute reality, just to prove himself correct. The film is built on constant fights between antithetic pairs – between bleak reality and bright fantasy, between liberating art and constrained science, and between cynical rationalism and Rococo romanticism. Mademoiselle Paradis is not a movie that talks about the past, because just like Resi, there are still women today who are forced to choose between a depressing but secure darkness, and a frightening but awfully revealing light.

New works by Barbara Albert, Margarethe von Trotta and Gérard Corbiau are among the various films supported by the Luxembourg institution 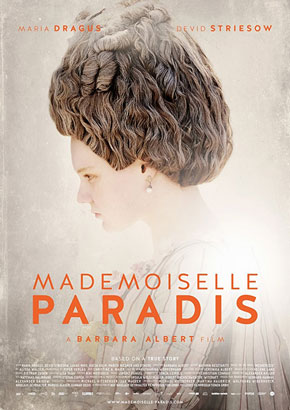 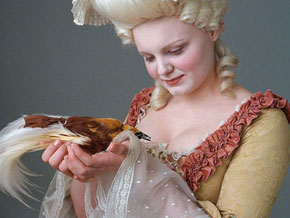 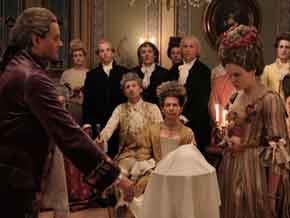 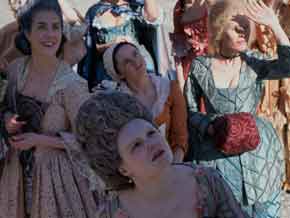 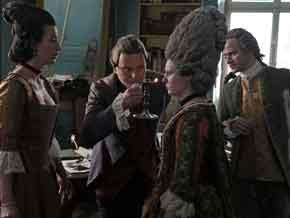 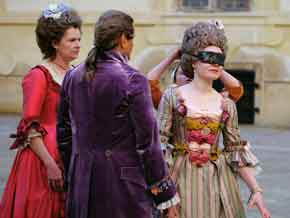 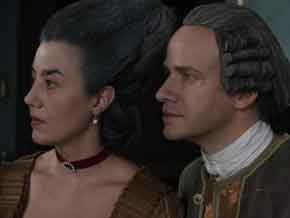