Beautiful Things: Is there more than meets the eye?

12/09/2017 - VENICE 2017: Giorgio Ferrero and Federico Biasin take a visually and aurally arresting look at the manufacturing process of the goods we find at home

Beautiful Things [+see also:
trailer
film profile] was made by co-directors Giorgio Ferrero and Federico Biasin under the auspices and rules of the Biennale College, and was shown as part of the Biennale College screenings at the Venice Film Festival. With it, they have crafted a film about consumerism that has the outward appearance of a documentary, but where much of the dialogue of the four principal protagonists has been written by co-director Ferrero.

These four men from different parts of the world act as our guides through the means of production of material goods that can be found everywhere in society. Co-director Ferrero, alongside Rodolfo Mongitore, has also composed the outstanding, eclectic, electronic score, which seems to be partly made up of the sounds created by the characters as they go about their jobs, such as hammers hitting nails, and also the noises of the electronic goods we see operating in the Italian household that we keep returning to throughout the film. The other co-director, Biasin, is also the cinematographer of the film and has created picturesque images of a Texan oil basin, ships carrying containers at sea, an anechoic chamber and a waste incinerator plant.

The four sequences representing different parts of the production process are entitled “Petroleum”, “Cargo”, “Measure” and “Ash”, and are preceded by an intertitle relating the size and scale of what’s about to appear on screen to something we can grasp – for example, the size of a cargo ship is compared to the Empire State Building. As for the Italian household, we are first shown a packed living room housing an electric butler, a TV set showing workers praising their new concrete mixer, and electronic keyboards. It looks like a time capsule from the 1980s.

The editing of the film is impressive, as the sequences overlap at some points, mirroring the way that music is often brought in early to transition scenes in movies. In this way, the strands are not just four separate entities, but cross over at the edges, so two people from different parts of the film can seem to be talking about the same thing, or even in dialogue with each other, despite being thousands of miles apart.

Some segments hit home more than others. The first part is reminiscent of the lyricism of Wim Wenders’ Paris, Texas, as it shows an oil worker, played by Van Quattro, talking about his family history and life at the oil basin. The second section, featuring Filipino ship worker Danilo Tribunal, is more direct and less intriguing. It’s in the anechoic chamber orchestrated by Italian scientist Andrea Pavoni Belli that the score is at its most beautiful and the images are most hypnotic. Everything gets darker as we turn to Vito Mirizzi, working on a waste site in Switzerland. There is an epitaph sequence that brings everything into perspective by showing an Italian couple, Vittoria De Ferrari Sapetto and Andrea Valfrè, which adds to the expressionistic, beatific quality of this mesmeric film.

With this mix of music, art, reality and visuals, there are elements and echoes of the world of American artist-filmmaker Matthew Barney. Beautiful Things should be a firm favourite with audiences seeking out challenging work, which deals with our everyday in an artistic and metaphoric manner.

The film was produced by MyBossWas, with financial support from the Piedmont region, Biennale College Cinema and the Torino Piemonte Film Commission.

Beautiful Things: Is there more than meets the eye?

VENICE 2017: Giorgio Ferrero and Federico Biasin take a visually and aurally arresting look at the manufacturing process of the goods we find at home 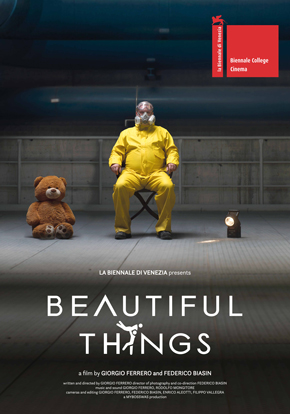 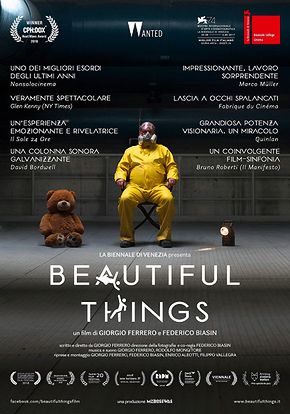 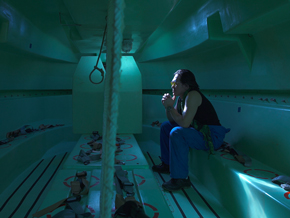 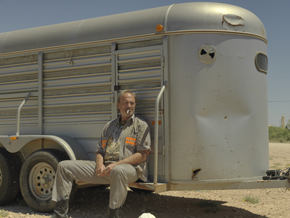 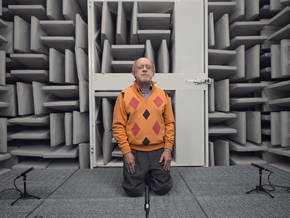 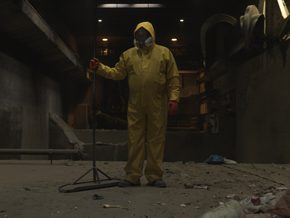