12/09/2017 - VENICE 2017: Annika Berg’s debut film mixes documentary material with highly stylised fiction to give a snapshot of the lives of eight teenage girls

Annika Berg's Team Hurricane [+see also:
trailer
interview: Annika Berg
film profile] is an exciting, radical punk film about eight Danish teenage girls that played in the International Critics’ Week section of the Venice Film Festival. Like the eclectic and colourful characters portrayed on screen, this is a movie that has a unique aesthetic and tone: it mixes the realism of handheld cameras and documentary footage with the colour palette of a Japanese anime. Imagine Harmony Korine’s Gummo overlaid with Hayao Miyazaki’s Studio Ghibli classic Ponyo and edited by 1970s Jean-Luc Godard.

Berg has managed the remarkable feat of making her images appear both realistic and fantastical in each and every frame. It would be wrong to term this film “experimental cinema”, which one might be tempted to do, given the hyper-real aesthetics, aggressive cuts and lack of interest in plot, because the visuals reflect the graphically enhanced photographic communication of the Snapchat generation. In our digital generation, Berg’s altered visuals and strong colour palette may be the most realistic images being transmitted at the festival.

Rightly, Team Hurricane won the Verona Film Club Award, bestowed upon the film deemed the most innovative in the Critics’ Week section by a jury of film buffs belonging to one of Italy’s oldest arthouse cinema organisations.

Rather than a story, the movie has themes and moments of revelation. Topics touched upon include anorexia, self-harm, sexual identity, gender politics and self-worth. The artistic choices made by Berg with the visuals and editing cuts ensure that this is not an issue film, and nor are the topics played for melodrama. They are told as mundane and everyday, which only serves to highlight their ubiquity. Berg skilfully manages to normalise the issues, so that they feel part of the fabric of society, rather than marking these girls as outsiders. She is also not scared of using ennui to create this effect.

It’s also a film about how institutions handle young girls. The gaggle of protagonists all meet up in a local youth club that has its own rules and also tries to fulfil an educational function. The standout moment of Team Hurricane sees the girls being taught how to put on condoms. It’s fascinating to see their collective and individual reactions, and also how they are taught to interact and behave. The tone is bittersweet, as Berg balances the tougher scenes with sweeter interludes. The way it refuses to compromise brings to mind some of the work of Canadian filmmaker Bruce LaBruce, especially The Raspberry Reich (2004). There is also, of course, the more direct political influence of Chantal Akerman. In terms of breaking institutional norms itself, Team Hurricane has a female filmmaker in every head of department position.

Another impressive sequence sees the girls on different modes of transport as they travel down the street. This moment is reminiscent of the sequence involving quad bikes in Ryan Coogler’s Creed, but here the girls are using bicycles and scooters, and cinematographer Louise McLaughlin shoots them with a fashion-magazine aesthetic, ensuring that the teens look effortlessly cool, which they are, with their eclectic fashion, dyed hair and attitude. The production design by Josephine Farsø is also hyper-real and colourful.

Most importantly, this political work never forgets to have fun. Given that it’s so radical, unique and exploratory, it will undoubtedly be the favourite film of some kewl kid somewhere.

This Danish movie was produced by Adomeit Film and is being sold internationally by Denmark's Level K.

VENICE 2017: We chatted to Annika Berg, whose teen drama Team Hurricane was screened in the International Critics’ Week

A healthy crop of films from all over Europe will be screened in Austin, Texas, from 9-18 March

VENICE 2017: Annika Berg’s debut film mixes documentary material with highly stylised fiction to give a snapshot of the lives of eight teenage girls

The Danish director’s feature debut, made with eight girls she found on the social media, will have its world premiere in Critics’ Week at Venice

The programme for the 32nd edition of the parallel and autonomous section of the Venice Film Festival, which will be held from 30 August to 9 September 2017, has been unveiled in Rome 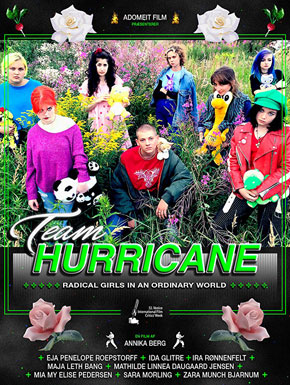 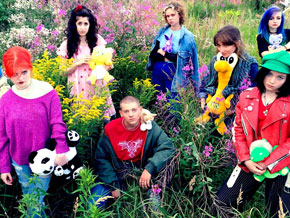