12/09/2017 - TORONTO 2017: A sizeable cast and Scottish director Armando Iannucci take a satirical look at the battle to succeed Stalin in the Kremlin

Anyone who has had the wherewithal of seeing Armando Iannucci’s television shows The Thick of It and Veep will already be aware that the Scottish director is the master of political satire. His well-received film In the Loop [+see also:
trailer
film profile] (2009) poked fun at the diplomacy of American and British international policies and the way decisions are made. The Death of Stalin [+see also:
trailer
film profile], screening in the Platform section of the Toronto International Film Festival, sees the writer-director challenge himself, not just by shifting his attention east, but also by abandoning the present and current affairs to make a historical drama inspired by Fabien Nury and Thierry Robin’s French graphic novels The Death of Stalin and Volume 2 – The Funeral.

It is in the production design, costumes and moustaches that Iannucci makes his most major concessions to the action taking place in Moscow in March 1953. The ensemble cast may be dressed like battle-hardened Bolsheviks, but they speak with accents and with a vernacular that are native to the actors’ mother tongue. Unlike, say, the recent BBC television adaptation of Leo Tolstoy’s epic Russian novel War and Peace ­– a show criticised for being a “bit too English” – Iannucci makes a virtue out of their myriad western inflections by initially playing up the preposterousness of their language, both to get laughs and to highlight that this movie is seeking a truth not through mimicry, but through caricature. That Iannucci succeeds with such broad strokes is down to the spikey script he co-wrote with David Schneider and Ian Martin, and also the skills of the ensemble cast that sees Adrian McLoughlin as a prostrate Joseph Stalin, Steve Buscemi as an ingenuous Nikita Khrushchev, Simon Russell Beale as the thuggish head of secret police Lavrentiy Beria, Jeffrey Tambor as kingmaker Georgy Malenkov, Michael Palin as schemer Vyacheslav Molotov, Paul Whitehouse as sharp-suited foreign trade minister Anastas Mikoyan, Jason Isaacs as the straight-talking Georgy Zhukov, Andrea Riseborough as Stalin's respected daughter Svetlana, and Rupert Friend as Stalin's wayward son Vasily.

The madcap, fearful world of Stalin’s Soviet Union is introduced at a classical concert being performed by concert pianist Maria Yudina, played by Olga Kurylenko, the most authentic accent in the cast. Iannucci relies on the unsubstantiated story recorded in Solomon Volkov’s Testimony, the purported memoirs of Russian composer Dmitri Shostakovich, that in 1944, on the radio Stalin heard Yudina perform Mozart’s Piano Concerto No. 23 and asked for a copy. None existed. So frightened officials woke Yudina up in the middle of the night, assembled an orchestra and pressed a vinyl for Stalin. In The Death of Stalin, the concert takes place in 1953, with the scared official played with laughable bluster by Paddy Considine.

With officials and doctors wary of even a dead Stalin, the movie veers into slapstick territory at times, as Iannucci continually takes the spark of a true story and sets it on comic fire. But it’s the ascension of Khrushchev over Beria that is the meat of the story, and sometimes this thread is lost in the busy and frantic world created as characters come in and out and time is given over to a deadly protest letter. In this dance, Iannucci also manages to squeeze in the brutal reality of Stalin’s rule, in what is a dense, delightfully playful encounter between history, laughter and deathbeds.

The Death of Stalin is a French-British-Belgian-Canadian film, produced by Free Range Films, Quad Films and Main Journey (Canada), in co-production with Gaumont, France 3 Cinéma, La Compagnie Cinématographique, Panache Productions and AFPI, with the participation of Canal+, Ciné+ and France Télévisions. Gaumont has the international rights.

more about: The Death of Stalin

We talked to Paul Wiegard and Vera Herchenbach, CEO and acquisitions executive of Madman Entertainment, about the particularities of distributing European films in Australia and New Zealand 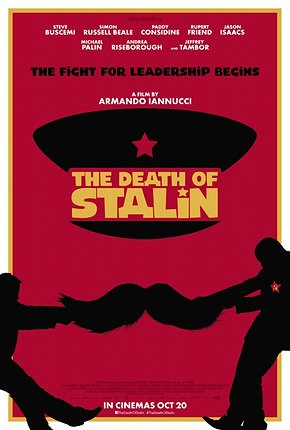 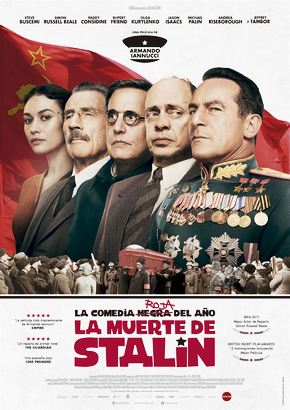 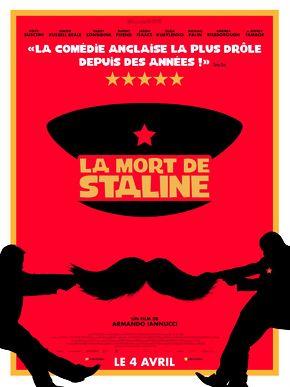 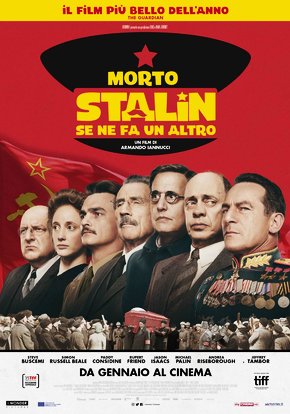 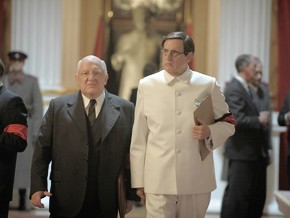 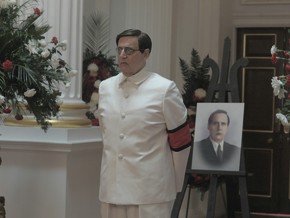 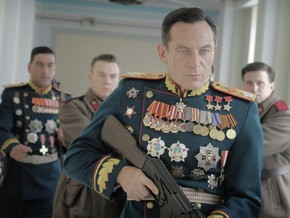 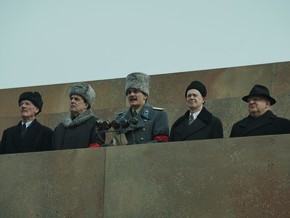 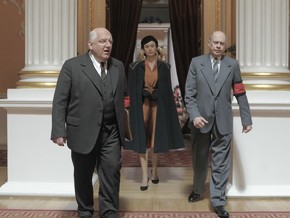 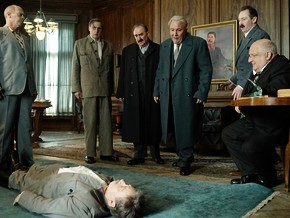