Luxembourgian director and writer Govinda Van Maele has won several awards with his short films Josh (2007), A Day in the Open (2012) and You Go Ahead (2013), and in 2011, he directed the music documentary We Might As Well FaiI. His debut fiction feature, Gutland [+see also:
trailer
interview: Govinda Van Maele
film profile], enjoyed its world premiere in the Discovery section of the 42nd Toronto International Film Festival.

In the midst of the harvest season, Jens (Frederick Lau, Victoria [+see also:
film review
trailer
interview: Sebastian Schipper
film profile]), a suspicious-looking German man, emerges from the forest and arrives in the Luxembourgian village of Schandelsmillen. He’s seeking a job, but the agricultural community is not keen to welcome him. At a festival, he meets Lucy (Vicky Krieps), the mayor’s daughter, who falls for him. From that night on, the inhabitants’ attitude changes, and Jens will find a job as a farmworker as well as a place to live. Now, he’s invited to everything that happens in the village, and the locals want him to become a real member of their community. However, his identity still seems somewhat obscure, and he’s probably not the only one hiding something.

Gutland is a movie that straddles different genres without becoming a pure genre film. It is smartly marketed as a “surrealist rural film noir”, and it lives up to this tagline, as elements of noir, thriller, crime and even romance are blended with pure dark fantasy. The premise of the film seems quite fantastical, although the director always plays with the perception of reality. His hero arrives in a place that pretends to be perfectly natural but could easily be purely fictional. The space occupied by this “Good Land” is vast, but it is hard for anyone to escape from it. The village feels like a wide-open, but still enclosed, prison. Jens needs to find shelter and hopefully change, and a suspiciously perfect village could be his purgatory. Nevertheless, this paradise has some rules, so you either fully accept them or you are cast out. There is no middle ground.

Dealing with the issues of identity and integration, Van Maele, who also penned the script, goes one step further in his fictional story by incorporating an allegorical element. Is Europe ready to accept newcomers and outsiders? And, more importantly, can its inhabitants adapt to new customs and gain from something different? Unfortunately, so far anything new has been either absorbed or discharged, as happens in Gutland, and the future doesn’t look too bright.

On the visual side, Van Maele toys with fiction and reality. He really knows his homeland, so he brings everything to life in the most natural way. By shooting on 35mm film and on location, the director and his DoP, his brother Narayan Van Maele, have created a film that masquerades as a slow-burning documentary, where fantasy intrudes at random and unexpected moments, just like the hero does. Gutland could be a fable rooted in Central European tradition, where reality is far more horrifying.

TORONTO 2017: Cineuropa sat down with Govinda Van Maele to discuss the story behind his debut feature, Gutland, which has screened in the Discovery section

Luxembourg pins its hopes on Gutland for the Oscars

Govinda Van Maele's Gutland, Ryan and Andrew Tohill's The Dig and Viko Nikci's Cellar Door are among the victors at this year's edition 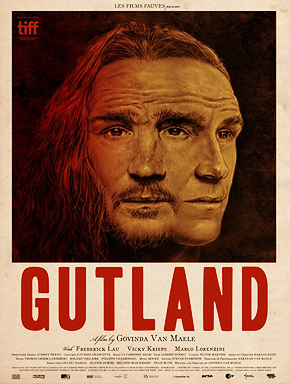 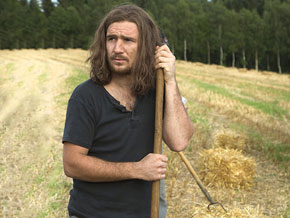 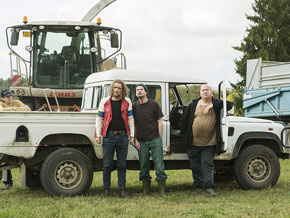 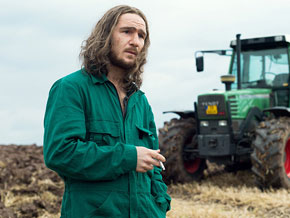 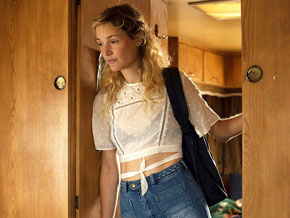