Review: One Step Behind the Seraphim

15/09/2017 - Daniel Sandu explores a compelling, peculiar and unnerving world that comments on what it takes to become a priest in Romania

Ştefan Iancu in One Step Behind the Seraphim

After studying for five years in an Orthodox theological seminary as a teenager, Daniel Sandu opted for a career change. And that is a good thing because otherwise, besides some compelling sermons, we wouldn’t have had the chance to sample his talent for storytelling: directly inspired by the director’s experiences in the seminary, his first feature, One Step Behind the Seraphim [+see also:
trailer
interview: Daniel Sandu
film profile], creates a compelling, peculiar and unnerving world that comments on what it takes to become a priest in Romania.

The story is told from the point of view of Gabriel (Ştefan Iancu), who enters the seminary campus on the first day of school. It is the 1990s, when Romania is desperately battling against the economic challenges of the transition to democracy. In this context, becoming a priest, a leader of the community, is viewed as a springboard for the future, as people will always be born, get married and ultimately die, with a priest always receiving his fee for his service. Under constant pressure, Gabriel must face the challenges of the curriculum, but also the influence of Father Ivan (Vlad Ivanov, in his trademark villainous mood), whose petty plans and lack of scruples will become a continuous torment for Gabriel and his mates.

Sandu efficiently navigates the generous contrasts of the seminary world. The students are considered “seraphim”, but are they as pure as the celestial beings they take their nickname from? Far from it. Even if its biggest flaw is that it cannot decide between being a seminary thriller and a classic coming-of-age story, One Step… deftly explores the abyss between theory and practice in a world where pose, pretence, false piety – and not vocation – are the norm.

One Step Behind the Seraphim is ultimately a story about betrayal – betrayal of dreams, betrayal of friends and betrayal of expectations. The seminary is not the place where souls soar, but rather where they are crushed. Aided by some impressive acting from his young cast (Iancu is surrounded by the talented Ali Amir, Alfred Wegeman, Ştefan Mihai, Niko Becker and others who may soon make a name for themselves in Romanian cinema), Sandu accurately shows how the light slowly disappears from the confident, hopeful gaze of his protagonists.

Unfortunately, the film would have benefited from another betrayal: the betrayal of the past. Sandu aims to show too much of what happened during his seminary years, which makes his screenplay gain unnecessary weight from repetitive, irrelevant, overly predictable sequences. Nevertheless, his invitation to the world of the seraphim is not to be refused. No matter the differences between the viewers’ and the protagonists’ high-school lives, those years are universally made up of rules, homework, hormones and mischief. One Step… also offers some of the best one-liners in Romanian cinema and a not-to-be-missed confession scene that should incite roars of laughter.

One Step Behind the Seraphim was produced by Hi Film Productions and is out now in Romanian cinemas, courtesy of microFILM. The film is being handled internationally by Indie Sales.

more about: One Step Behind the Seraphim

Interview: Daniel Sandu • Director of One Step Behind the Seraphim

"We run on fumes. We breathe in aerosols and breathe out films"

Review: One Step Behind the Seraphim

Daniel Sandu explores a compelling, peculiar and unnerving world that comments on what it takes to become a priest in Romania

The film, starring Adrian Titieni, centres on a father who causes havoc in order to save his son, who is lost in the mountains

The 11th Les Arcs Film Festival, taking place from December 14 to 21, launches its call for submissions to its Coproduction Village

Cagla Zencirci and Guillaume Giovanetti’s project has taken home the main Development Support Grant from the Arras Film Festival, while Panopticon was singled out with another prize

Jumpman comes out on top at Arras

Ivan I Tverdovsky has taken home the Golden Atlas, while the Silver Atlas went to Daniel Sandu, Take It or Leave It scooped a Special Mention and the Audience Award went to The Eternal Road 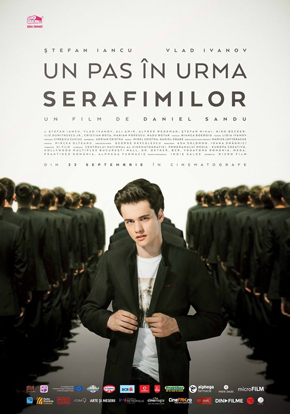 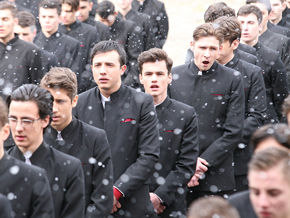 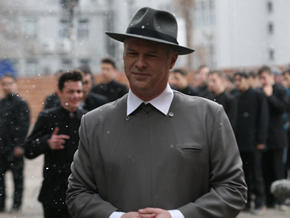 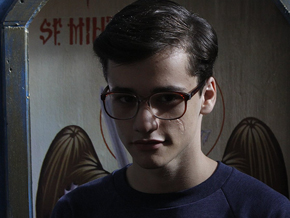