Beyond Words: The limitations of language

30/09/2017 - SAN SEBASTIÁN 2017: Urszula Antoniak presents a fiction film doubling as an essay on linguistics and the impossibility of expressing nationalist sentiment through language

The existentialist oeuvre of Polish-Dutch director Urszula Antoniak just got a new antihero. This authority on the intricacies of the female psyche, as represented by the beleaguered pawns of her tragic romances, has for the first time climbed inside the mind of a man beset by a (nationalist) identity crisis every bit as serious as those afflicting the long-suffering martyrs of Code Blue [+see also:
trailer
film profile] and Nothing Personal [+see also:
film review
trailer
interview: Urszula Antoniak
interview: Urszula Antoniak
film profile]. This time, the central character is a Berlin lawyer who specialises in taking on the cases of refugees, and who is forced to reveal his great deception when his father returns from the dead.

Right from the start of Beyond Words [+see also:
trailer
interview: Urszula Antoniak
film profile], screening in competition at the 65th San Sebastián International Film Festival, we are invited to peer inside the life of Michael (Jakub Gierszal), exemplary in its Germanness, observing him both in his nondescript home life and at work in the offices of his law firm. Every day, this educated, middle-class Berliner works tirelessly to champion the most deserving cases of immigrants and asylum seekers. And yet, the comments he lets slip behind the backs of his non-German clients betray a certain xenophobic attitude linked to a veiled sense of moral superiority. It turns out that this secret contempt for the foreigners to whom he devotes his working day can be traced back to an even deeper secret, one Michael has been guarding all his young life. The truth about his own origins finally comes to light when the ghost of his father (Andrzej Chyra), who he believed to have died decades earlier, suddenly materialises in his life, intent on punishing him for his shame over his Polish roots.

Beyond Words is an outstanding oddity in the creative canon of the director behind Nude Area [+see also:
film review
film profile]. For her fourth film, Antoniak has broken away from her usual twisted tales of forbidden love in favour of a drama about the psychological strain of being an immigrant who can’t forgive himself for not having been born on German soil. A politically daring film that takes shape amid a mesmerising interplay of light and shadow, it presents the hot topic of nationalism as a subjective construct that exceeds the limitations of language.

Selected for San Sebastián following its premiere at the Toronto International Film Festival, Beyond Words argues that the concept of nationalism is impossible to define, because there are no words capable of expressing its full meaning.

more about: Beyond Words

"The film traces a certain progression towards awareness"

The Resistance Banker wins big at the Golden Calves Gala

Five Golden Calves went to the audience’s favourite, by Joram Lürsen, while the runner-up with three gongs was In Blue

Among the projects are the upcoming films by Rúnar Rúnarsson, Stephan Komandarev, Urszula Antoniak, Shahrbanoo Sadat and Magnus von Horn

The River wins the Pitching Award at the Warsaw Industry Days

Beyond Words: The limitations of language

SAN SEBASTIÁN 2017: Urszula Antoniak presents a fiction film doubling as an essay on linguistics and the impossibility of expressing nationalist sentiment through language 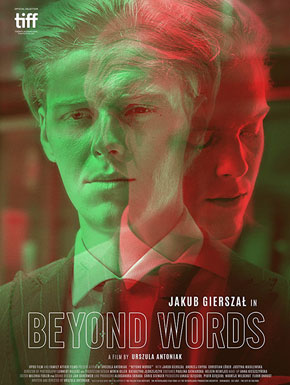 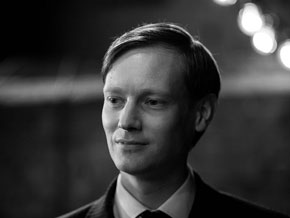 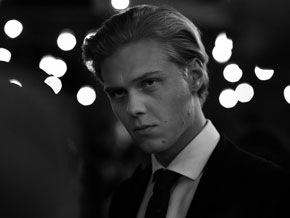 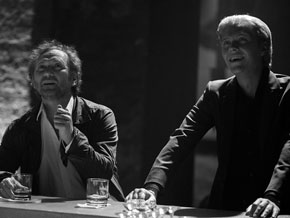 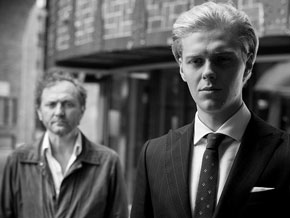 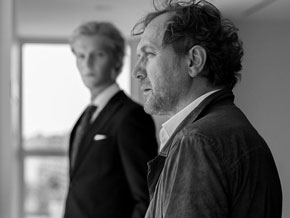