Daphne: The lively portrait of a modern heroine

03/10/2017 - Peter Mackie Burns's first feature film leads us into the messy and tormented everyday life of a young woman, who is both free and radiant, despite the odds being against her

The Scottish director Peter Mackie Burns, discovered at the Berlinale with his short film Milk (Gold Bear in 2005), is competing at Zurich Film Festival (after premiering at Rotterdam Festival) with his first feature film, Daphne [+see also:
trailer
film profile], with Emily Beecham in the lead role.

Daphne can safely be classified as a low-budget film with great potential, a kind of aperitif to whet the appetite and delight the palate. Peter Mackie Burns provides an intimate and touching portrait of a free, independent woman finding her way through the chaos of London. Despite her apparent calm following a particularly violent event to which she is a helpless witness, the stabbing of the owner of a small neighbourhood shop threatens to disrupt (nearly) all of her plans.

How to process and get over such a traumatic event? At first, Daphne seems to be immune to the pain, but the psychological consequences soon make themselves known. The short and long-term effects are as unpredictable as they are extreme, and her existence, which is dominated by an irresistible thirst for freedom, fully-embraced hedonism and a daily life that consists of occasional one-night stands and recreational drugs ("when I take coke I think of Freud"), is turned on its head.

Discovered thanks to her amazing performance as an aspiring nun in The Calling and for the series Into the Badlands, Emily Beecham embodies Daphne, a complex, strong and mysterious woman who is lost before forging her own path. London, which is the backdrop to the film, is extremely real: busy, chaotic and impersonal, far from the glamour of (too) many (romantic) Anglo-Saxon comedies.

Director of cinematography, Adam Scarth, finds a balance between the grey and the light, the urban sadness and flashes of humanity. Peter Mackie Burns presents the dynamics that sustain life in the English metropolis with incredible dexterity (the dialogue could be relevant to any major European city): tragicomic working relationships, meaningless sexual encounters, and human relationships that seem to vanish with the break of dawn (and the inevitable "hangover"). The only true relationship, though definitely unusual, that entertains Daphne is that with her mother (the incredible Geraldine James), a free spirit who does not want to be crushed by the illness weighing her down, like a pre-Raphaelite hero of our times (her hair, twisted like woollen threads, along with Daphne's rebellious red fiery mane, is reminiscent of the models in Dante Gabriel Rossetti's paintings).

In short, a real-life laceration becomes, through cinema, a form of poetry for everyday life. Daphne makes us think of Lena Dunham's heroines, but also and most importantly, the overwhelming sensibility of women (strong and mysterious) captured on camera by Amos Kollek. Her life is radically different from that of the typical super-woman (super-mums, super-business women) praised by glossy magazines, reminding us that you don't have to be Gwyneth Paltrow (the ultimate "super-everything") to be considered unique and special.

Peter Mackie Burns' film praises imperfection as humanity in a world that seems to be obsessed with success, as fleeting as it is. Joakim Sundtsrom's work gives the film an unexpected retro charm, very 1970s, that enhances Daphne's urban excursions with fascinating and sometimes destabilising sounds (like the heroin herself).

Daphne is a small big film that creeps under the skin, a kind of electroshock that awakens the senses.

Daphne was produced by The Bureau and distributed by Altitude Film Entertainment Distribution.

VENICE 2019: Peter Mackie Burns chatted to Cineuropa about his Orizzonti film Rialto, which has nothing to do with the bridge in Venice

Emily Beecham, Ben Whishaw and Kerry Fox star in the first English-language film by the Austrian director. A Coop 99 and The Bureau production, sold by Coproduction Office

Israeli-French-German co-production Don’t Forget Me scooped the Awards for Best Film, Best Actor and Best Actress; Portugal's The Nothing Factory and the French title Kiss and Cry also successful

Daphne: The lively portrait of a modern heroine

Peter Mackie Burns's first feature film leads us into the messy and tormented everyday life of a young woman, who is both free and radiant, despite the odds being against her

From 29 September to 8 October Zurich will become Switzerland’s cinema capital. On the eve of its 13th edition, the festival seems more youthful and dynamic than ever 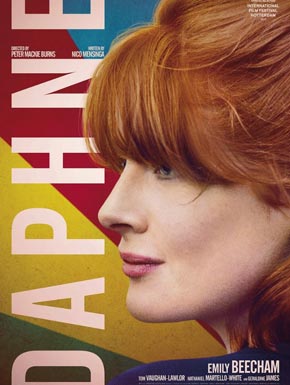 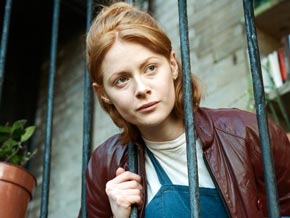