The Basics of Killing: Society destroying the family

Primoz Vrhovec in The Basics of Killing

One of Slovenia's internationally best-known filmmakers, Jan Cvitkovič, returns with one of his most narratively and stylistically conventional films, The Basics of Killing [+see also:
trailer
interview: Jan Cvitkovič
film profile]. But this drama about a suddenly impoverished family covers a wide emotional ground and speaks volumes about modern European society and how financial security seems to have become less certain and more deceptive than ever.

Marko (Primož Vrhovec) is a Philosophy professor in a Ljubljana high school, and his wife Dunja (Irena Kovačević) is a researcher in a chemical or pharmaceutical company. They live an idyllic middle-class life in a spacious and well-equipped apartment with their children, older son Taras (Miha Košec) and young daughter Mala (Ula Gulič). Taras is a great judo talent, and Mala goes to ballet classes. The overall atmosphere is one of mutual love, understanding and support, and everything is just the way it should be, including the healthy sex life of the married couple.

But the situation rapidly deteriorates as Marko and Dunja both lose their jobs within a few days of each other. An infatuated student retaliates by accusing Marko of sexual assault after he refuses her advances, and there is no demand for the product Dunja is developing, so her position in the company is no longer needed.

Initially things do not look that bad, and Marko and Dunja enjoy sleeping longer, expecting the civilised EU state to take care of them, even if they are not able to find new jobs. But soon they find out that they are not eligible for any kind of government support – a social worker explains that, absurdly, the law only takes into consideration their situation from two years earlier, when they both had jobs, meaning they cannot gain access to social welfare, child benefits, subsidised school lunches for the kids or even assistance for food.

The shock goes on to tear the family apart. Instead of pulling together and continuing to support each other, Marko and Dunja start looking for individual escapes. The children, on the other hand, stick together with much more strength and spirit, faced with cruel peer pressure.

The Basics of Killing is a film that successfully combines a social study and message with a dynamic narrative and excellent acting, with Kovačević being particularly impressive (she won the Best Actress Award at the Montreal World Film Festival, where the movie had its world premiere). Furthermore, Cvitkovič manages to paint a powerful picture of modern European society and how it destroys itself by breaking down its main foundation: family.

Cvitkovič's directing approach is quite traditional, but this is exactly what gives him the chance to both send the right message in a non-didactic manner while avoiding the trap of sentimentality, and keep the audience engaged on this inevitably emotional ride.

The Basics of Killing was co-produced by Ljubljana-based Perfo and Serbia's Pilon Media, and it will be released in Slovenia on 12 October through Fivia.

more about: The Basics of Killing

"The Basics of Killing is a warning"

Slovenian filmmaker Jan Cvitkovič tells Cineuropa about why and how he made his latest movie, The Basics of Killing

The Basics of Killing: Society destroying the family

The Slovenian filmmaker's debut feature took part in the First Films First, MIDPOINT and APostLab development programmes, and the co-production markets in Trieste, Cottbus and Sofia

"The idea is to respond to what is going on"

Cineuropa met up with the new EFF Palić programmer, British film critic Neil Young, to ask him about the identity of the festival and his approach to curating two of its sections

Slovenia sends Ivan off to the Oscars

Alen Drljević's film triumphs in the official competition of the Zagreb Film Festival, while Loveless and Vincent and the End of the World win out in the Together Again and Plus selections

Urša Menart finishes filming on My Last Year as a Loser

The Family and Ivan triumph at the Slovenian national awards 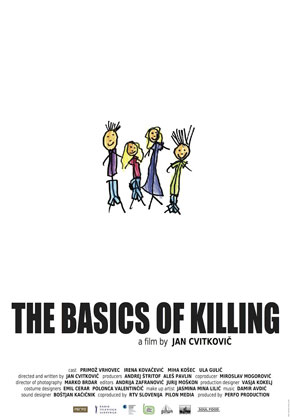 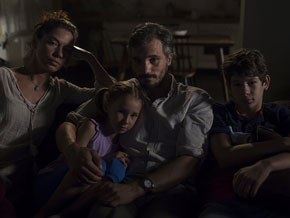