04/10/2017 - SAN SEBASTIÁN 2017: Félix Viscarret takes an in-depth look at Carlos Saura from a place of deep admiration and respect, talking to his family to uncover his most private and personal side

Eighty-five-year-old Carlos Saura is still a tireless artist: he draws, writes, takes photos with his camera – an ever-present fixture perpetually dangling from his neck – and is preparing new musical films (which he is due to shoot in Mexico, Cuba and India), while people from all over the world call him up asking him to give talks about his amazing film career. There are countless reports, documentaries and TV programmes that have tried to analyse this cinematic career brimming with masterpieces; hence why, when Navarre-born director Félix Viscarret, who hails from a younger generation, was gearing up for his project as part of the Cineastas contados (lit. “Recounting Filmmakers”) series (of which Basilio Martín Patino. La décima carta [+see also:
film review
trailer
film profile] has already been shot), he asked himself the question of how best to tackle such an iconic figure. The result, entitled Saura(s) [+see also:
trailer
interview: Félix Viscarret
film profile], was there for all to see in the Zabaltegi-Tabakalera section of the 65th edition of the San Sebastián Film Festival.

The final letter S in brackets really encapsulates the whole concept of the film: we get to know Carlos through a number of other Sauras – namely, his seven children. Viscarret’s crew basically built a replica of the real studio in the director’s house in the mountains near Madrid, and projected iconic scenes from his movies, ranging from The Hunt to Carmen, onto its walls (in a similar style to the seasoned filmmaker’s musicals). And he confronted the director of Mama Turns 100 with these cinematic babies born of his creativity, as his other offspring – this time the human ones – simultaneously passed through this space tinged with memories. In front of Viscarret's camera, Saura's children conversed with their hyperactive, distant father, whose great leadership is nonetheless undeniable.

The Saura dynasty is therefore the true star of this film, and the camera also explores the artist’s house, probing its nooks and crannies. Viscarret by no means aims to be sensationalistic or nosy; his true desire is to get to know this patriarch, who is hesitant to talk about his private life and look back at the past. But, through the wonder of film, it is precisely in his reluctance where we find the real charm of this documentary: Carlos Saura belongs to that resilient, curt and powerful generation, but one that, in its actions and words, hints at the vulnerability, affection and charisma that it harbours under the surface.

This attempt by the director of Bajo las estrellas [+see also:
trailer
film profile] and The Winds of Lent [+see also:
trailer
film profile] to wriggle his way into the Saura family is picked up on by the master, who, in a somewhat relaxed manner, scolds and corrects Félix, subsequently inviting him to be part of a game in which he had wanted to remain uninvolved, enveloping him in the Saura universe in a subtle yet effective way… And the viewer is swept up with him, thus discovering an artist whose career (made up of films so audacious that nobody would finance them today) has been determined to a great extent not just by his different producers, but also by his intense and passionate loves.

Saura(s) is a living, breathing documentary that was constructed gradually through the tug of war between teacher and pupil, two men who are both confronted with their paternity, as they are fathers to both their works and their children. The doc was produced by Pantalla Partida and Imval Producciones, which is also in charge of its international sales.

SAN SEBASTIÁN 2017: From a place of deep admiration, Félix Viscarret sketches a portrait of his filmmaking mentor in Saura(s), through interviews with his children and third wife

SAN SEBASTIÁN 2017: Félix Viscarret takes an in-depth look at Carlos Saura from a place of deep admiration and respect, talking to his family to uncover his most private and personal side

New Directors and Zabaltegi-Tabakalera top off their selections

A month away from its kick-off, the San Sebastián Film Festival has announced a slew of new films that will form part of its parallel sections

The new films by Manuel Martín Cuenca, Jon Garaño and Aitor Arregi, and Antonio Méndez Esparza will be duking it out for the Golden Shell 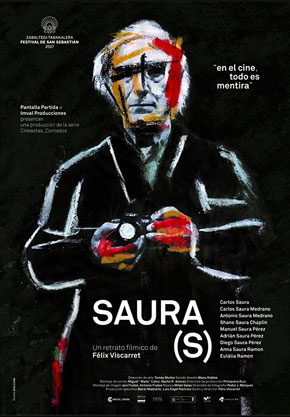 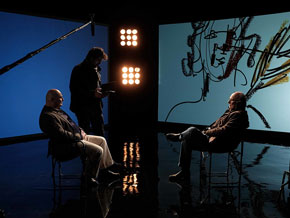 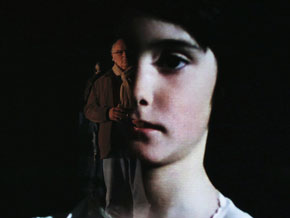