See You Up There: "Long live death!"

25/10/2017 - On the edge of tragicomedy, Albert Dupontel delivers an adaptation of Pierre Lemaître’s novel that is both very public and very personal

Adapting an excellent book is never easy, and bringing a plot to the big screen that took place a century ago, in the midst of the First World War, and then on the streets of Paris, is a real challenge in terms of production if you want to maintain any semblance of realism while paying homage to the original novel. Albert Dupontel has therefore taken a bold gamble with See You Up There [+see also:
trailer
film profile], an adaptation of the eponymous novel by Pierre Lemaître (Prix Goncourt 2013), which is due to be released today in French cinemas by Gaumont, after a special screening at San Sebastian. But the resulting film is definitely up to par, in which the severity of the subject area is made accessible to the general public thanks to the singularity of a director who has always been comfortable with black iconoclastic and desperate humour.

It all begins in Morocco in November 1920 with a man being interviewed in a police station. It's Albert Maillard (played by the director), a veteran with "a long and complicated story" to tell. A story that begins on 9 November 1918, in the trenches of the First World War, facing Hill 113. The film dives onto the battlefield in a fabulous (if slightly rigged) aerial shot, and then onto the ground, following the trail of a dog sneaking between soldiers. "Nobody wanted to fight," because "dying last, is even more stupid than dying first," narrates Albert. No one except Lieutenant Pradelle (Laurent Laffite): "He frightened us even more than the Germans. War was his thing.” An addiction that pushes the officer to evade the orders of the imminent armistice, giving the go-ahead to one last assault using murderous trickery (essentially assassinating two of his soldiers), which Albert realises while almost being buried alive, before being saved by his companion Edouard Péricourt (Nahuel Perez Biscayart).The latter however is not so lucky, after an artillery shot to the face gives him a monstrous "bashed in mug.” Albert, forever grateful, is thus compelled to look after him, providing him with morphine and a false identity, as Edouard, crushed, would rather be considered dead than alive by his wealthy family (his sister Madeleine played by Emilie Dequenne, and his father played by Nils Arestrup - who has always rejected his artistic son).

All of these characters will meet one year later in Paris, where the cynical Pradelle has since married Madeleine, and has turned his hand (with forceful skulduggery) to the business of the official burial of those killed in action, while Edouard convinces Albert to embark on a war memorial scam, drawing up catalogues and taking money for orders without honouring them. Both ruses built on the back of the dead, ultimately forcing their destinies to cross paths once more.

Cleverly reconstructing the era with special effects, See You Up There chooses to gradually move away from realism to focus on the emotions of its protagonists, marked by a war that carries on even after a return to civilian life. Bruised lives, profiteers of conflict, the frenzied beginning of the Roaring Twenties: this dive into history, whose caustic irony does not mask the deep human tragedy at every level of society, develops in a narrative style that is sometimes a little accelerated, but that does not detract from the general quality of a popular film that has flexibly adapted the extreme richness of the original literary material.

Produced by Catherine Bozorgan for ADCB Films, See You Up There is sold internationally by Gaumont.

more about: See You Up There

Wallimage throws its weight behind 8 projects for its 101st edition

The Walloon Regional Investment Fund will support a variety of new works to the overall tune of €1.3 million

Nicolas Boukhrief directs a compelling, provincial thriller based upon Pierre Lemaître’s bestseller, where the line between innocence and guilt becomes irreversibly blurred

"If we prevent originality from existing, in ten years’ time, there will be nothing left" 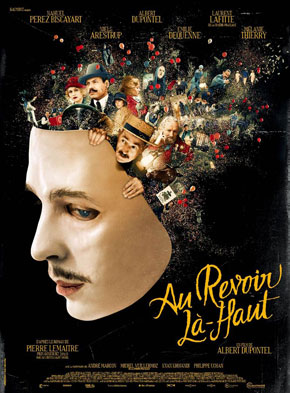 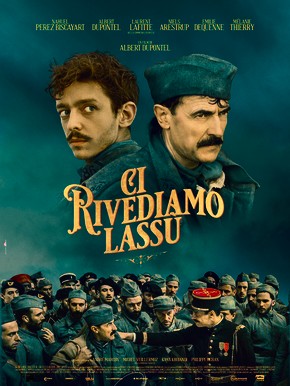 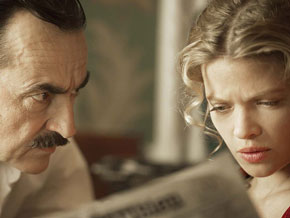 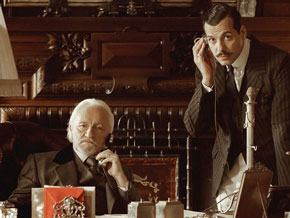 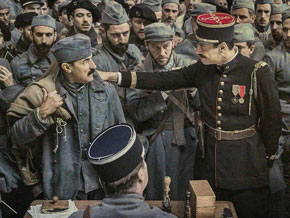 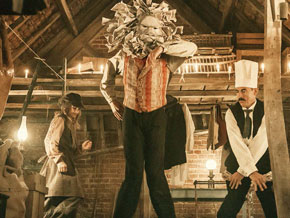 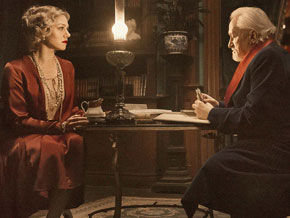