If so-called "post-humour" already exists in the sphere of the most alternative Spanish audiovisual field (in films but also web series, monologues and other creations that originated from YouTube), the most recent film by one of its proponents, the Barcelona-born Carlo Padial, transcends its natural habitat, in order to reach a point at which everything that came before "post" can live peacefully. Algo muy gordo [+see also:
trailer
film profile], selected to open The New Waves section at the 14th Seville European Cinema Festival, will reach the "mainstream" market thanks to its commercial release in Spain (10 November with Alfa Pictures), with one of the country's most famous comedians, Berto Romero on the bill. But will the audience be ready for it, having just seen Romero in Spanish Affair 2 [+see also:
trailer
film profile] and El Pregón [+see also:
trailer
film profile]?

Padial, who has already talked about his experiments in deconstructing both humour and its cinematic instruments (such as the sharp and hallucinatory Mi loco Erasmus, 2013), puts a TV star in front of a challenging concept in his latest film. Algo muy gordo tells the story of the possibility (or impossibility) of a comedy (about an adult who has to go back to school to repeat a year) filmed entirely using chroma key and computer-generated images, narrated as if it were a "making-of". The film’s premise, which is very unusual, appears to be a game of objects, aimed at revealing the process of creating a film, a comedy or perhaps actual humour itself.

This mockumentary (the film they are shooting seems to be a means of exposing everything else) achieves its absurd humour by structuring itself as an on-set diary, using video statements of all those involved (Berto Romero is the narrator, but we also hear from the director, the producer Javier Ruiz Caldera, the actors Carlos Areces and Javier Botet, and the actress Carolina Bang). The team’s successes and failures (somewhat more numerous) are reeled off, satirising the craft and its disadvantages: ego clashes, falling expectations, familial reconciliations. And among all this, Romero, wearing a motion capture suit and dotted with gesture detectors, tries to do what the director asks of him, without fully understanding why, wondering what he’s even doing since there are no objects around him, and no one seems to be laughing.

The conceptual character of Algo muy gordo forces viewers to question what exactly they are watching and laughing at, something that is totally absent from most conventional films, and which honours both the comedian and the filmmaker – Romero and Padial – who have pulled something wonderful out of the hat.

The film was produced by Zeta Cinema.

Coming on the heels of various films supported by the streaming platform, Doctor Portuondo, directed by Carlo Padial, will be the first series to bear the “Filmin original” hallmark 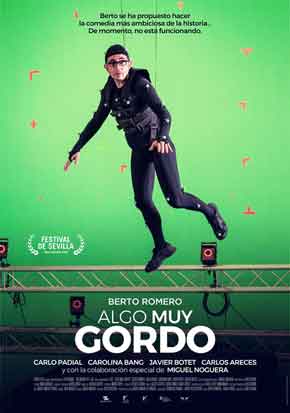 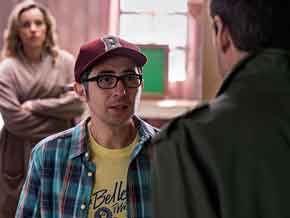 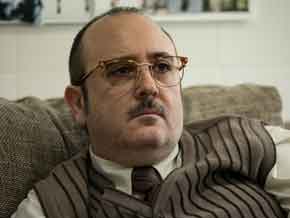 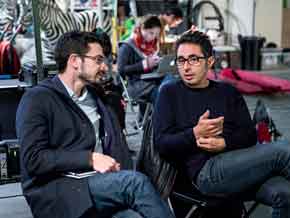 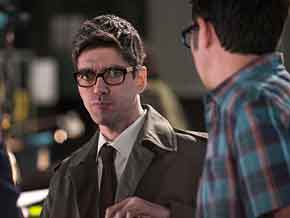