14/11/2017 - Katrin Rothe's most recent feature is a fascinating animated documentary, set in the heart of St Petersburg, detailing the fall of the Tsar to the Bolsheviks seizing power

"We will weave the shroud of the old world. Because we can already hear the rumble of revolt." When the futurist poet, Vladimir Mayakovsky popularised these words in Russia, originally from the song Les Canuts, it was a historic tsunami of global significance, in which the inhabitants of St. Petersburg lived in fear and exaltation. From the February revolution that forced the Tsar to abdicate, to the October revolution when Lenin's troops seized power, German director Katrin Rothe decided to delve into the countless twists and turns of this extraordinary historical period with 1917 - The Real October [+see also:
trailer
interview: Katrin Rothe
film profile], a breath-taking and exciting animated documentary included in the European Discoveries program at the 18th Arras Film Festival, a process that has already included stops at about fifteen different international events, including Annecy.

The film definitely keeps its audience captivated thanks to its approach to such a broad subject. Indeed, the filmmaker chose to narrate the revolutionary events by recounting the musings of five different artists, (almost) all of whom were members of the Russian intelligentsia at the time. Five different profiles including famous writer Maxime Gorki (political analyst and very influential personality), the young futurist poet Vladimir Maïakovsky (fanatic activist), writer Zinaida Hippius (very knowledgeable journalist), the painter and art critic Alexandre Benois, and his counterpart and theoretician of abstract art Kazimir Malevitch. Five personalities committed to and in favour of the principle of revolution, coming from the bourgeoisie for the most part, observing and commenting on the rumblings in St. Petersburg, but also participating by taking a certain stance on the place of art in the midst of all the turmoil.

"Everything will collapse. A reversal from below is on the horizon." A women's strike, a revolt of the garrisons, while the war led by the Tsar against Germany goes wrong: at the end of February 1917, St. Petersburg falls. An interim government is established, the Tsar abdicates and freedom of the press is decreed. Artists get involved, some want to protect the monuments, others destroy them, "It's more like a madhouse," says Gorki. Victims of the February Revolution are buried in red coffins, breaking with the traditions of the old world, while Lenin soon arrives in April. The question of stopping the war crystallises the opposition and the Kerenski government tries to stem the ambitions of the Bolsheviks, distributing 40,000 rifles in the July to prevent General Kornilov's counter-revolutionary attempt. And then comes the turn of the agitators, and those very weapons are used by Lenin's troops to carry out a coup in October. And so "who still cares about art in this bloodbath?"

Captivating and packed full of information, alternating between a chronological narrative of events and the very personal feelings of the protagonists, whose excellent perception perfectly reflects the non-stop twists and turns of the city’s chaotic atmosphere, 1917 – The Real October also includes the very original and inventive use of animation, mixing cuttings and puppets with silkscreen decorations, drawings and paintings, not to mention images from the archives. A hybridisation whose work on sound and music (composed by Thomas Mävers) is also remarkable, transforming the film into a fascinating and complex work of art.

Produced by the filmmaker via Katrin Rothe Filmproduktion with Dschoint Ventschr Filmproduktion and Maxim Film, 1917 – The Real October is being sold internationally by New Docs.

"Animation is a wonderful means of expression"

"When we spot a filmmaker, we aim to help them out over time"

We met up with Nadia Paschetto, director of the 18th edition of the Arras Film Festival, which is running from 3-12 November

Katrin Rothe's most recent feature is a fascinating animated documentary, set in the heart of St Petersburg, detailing the fall of the Tsar to the Bolsheviks seizing power 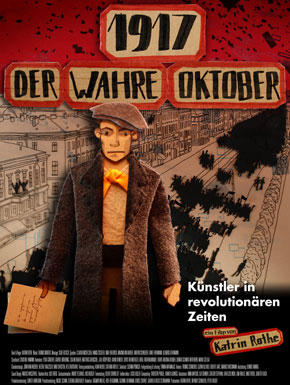 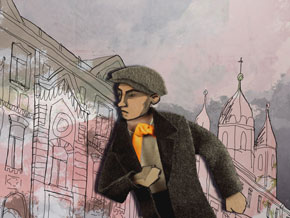 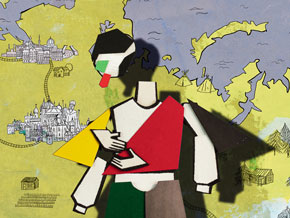 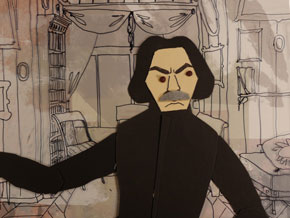 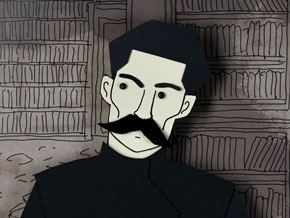