Alban Ukaj and Genc Salihu in The Marriage

Blerta Zeqiri is probably one of the best-known filmmaking names from Kosovo, thanks to her short films – especially 2012's The Return, which garnered her prizes at Sundance and Sarajevo. Her newest film, The Marriage [+see also:
trailer
interview: Blerta Zeqiri
film profile], has world-premiered in Tallinn Black Nights' First Feature Competition, and it is one of the more impressive European feature debuts of the year.

From the very start, Zeqiri shows us that the society her film is set in is full of contradictions. Thirty-something couple Bekim (Alban Ukaj) and Anita (Adriana Matoshi) are planning a wedding, simultaneously picking a kitchen and waiting to see if the remains of Anita's parents, who disappeared in the war, will be brought back to Kosovo from Serbia.

Bekim owns a bar, and one evening there with Anita, he gets a surprise visit: his old friend Nol (Genc Salihu) has returned from France, where he is studying and pursuing a music career. Soon, Bekim and Anita will get into a very serious and unreasonable fight, whose reasons are hard to explain, after she tries to comfort Nol for having been left by "the love of his life".

After getting back together through an amusing narrative device, the couple goes to a dinner at Bekim's family home. It is an idyllic night, but Bekim is suddenly called to pick Nol up at the police station. He has been beaten up by religious extremists, and this scene confirms to us the real nature of the two men's relationship. After Bekim takes Nol to his place, Zeqiri gives us one of the most passionate and memorable gay – or otherwise – sex scenes in recent arthouse memory, which is not in the least bit explicit.

The director ends the film with the wedding, and what happens there is not what you would expect from films that end with weddings – quite the contrary, and kudos to Zeqiri on her boldness and ability to place what is essentially a universal love story into this very particular context.

The three heroes are real flesh-and-blood characters, and their situation is absolutely realistic. This is, on one hand, thanks to Zeqiri's clear idea of what she wants and how she wants to achieve it: she does so with well-placed and unpretentious flashbacks to set up the characters and their relationships, an episode to show Bekim's auto-homophobia, a handheld camera close to the protagonists, and a lively colour palette to take us deep into the very real story.

On the other hand, the actors are not only very good, but inspired. Ukaj is one of the Balkan region's most acclaimed theatre actors of his generation, who also had a role in the Dardenne brothers' The Silence of Lorna [+see also:
film review
trailer
interview: Arta Dobroshi
interview: Arta Dobroshi
interview: Jean-Pierre et Luc Dardenne
interview: Olivier Bronckart
film profile], Matoshi is a multi-award-winning actress, also seen this year in the Karlovy Vary title Unwanted [+see also:
film review
trailer
interview: Edon Rizvanolli
film profile], and Salihu is actually a famous musician in Kosovo and Albania, and in his first film role, he shows that his performance skills can easily take him in other artistic directions.

The Marriage is a co-production by Kosovo's bézé and Albania's Bunker Film, and Wide Management has the international rights.

more about: The Marriage

Tallinn announces all seven of its juries

The agency is also supporting 18 European films and 13 companies at the Europe! Umbrella at the American Film Market 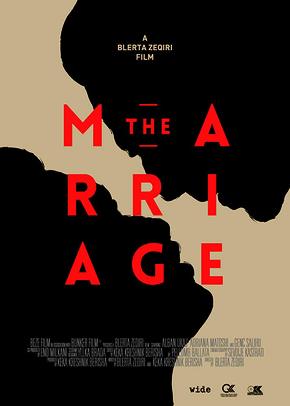