30/11/2017 - Roberta Torre’s latest release is being presented at Torino Film Festival: an obscure and contemporary musical adaptation of Shakespeare's Richard III. Out in Italian cinemas on 30 November

Roberta Torre's new film, Riccardo va all'inferno [+see also:
trailer
film profile], presented at Torino Film Festival in the Afterhours section, couldn’t be any more contemporary. The film’s main character, Riccardo (played by a bald Massimo Ranieri), wanders the dark streets of Tiburtino III in Rome, roaming the powerful buildings of Italy in 1994, craving a return to power. The director reminds us that the persona of Riccardo is ultimately unchanging, whoever may adopt it. The story goes as follows: Riccardo, the youngest in the Mancini family, which rules over Tiburtino III in Rome, has just been discharged from a psychiatric hospital and is on a mission to regain his power, whatever it takes.

Roberta Torre uses both musical devices (To Die for Tano) and Shakespeare (Romeo and Juliet in South Side Story) in her new film, jumping from operetta to pop, to techno, to echo prog rock. It’s no coincidence then that the soundtrack's composer is Mauro Pagani. The film also flits from tragedy to farce with an encyclopaedic infinity of cinematic references (see Baz Luhrmann and Nosferatu by Murnau and Herzog). The complexity of this baroque psychedelic setting mirrors the mechanisms of power, which are always subject to tremendous crimes, using madness to justify even the very worst crime.

Some of the homicides are so memorable, with such trashy gimmicks that they give the last 30 years of Italian national popular television a run for its money. A crescendo of filth and corruption that is so disgraceful that it sometimes reaches the sublime, to mention De Sade. We therefore applaud the casting of Massimo Ranieri, who in 1988 asked "why choose me?" (when he sang "Perdere l'amore" at Sanremo '88, this writer was just three years old but has clearly not forgotten it). And it makes sense, there is no-one better suited to play the protagonist, along with the rest of the cast, Pagani on the music, Tommaso Ragno playing Edoardo, and the twins Teodoro Giambanco and Silvia Calderoni (already a lead with Vincent Gallo in The Legend of Kaspar Hauser [+see also:
trailer
film profile] by Davide Manuli).

The film shakes off the burden of this great beauty, and the excess imagery and some of the gimmicks (which we'd happily watch over and over again) don’t harm the film’s vision. A festive party of saturated colours that avoids stupefying the audience, as TV so often does. The monologues have been transformed into songs, which invite the audience to reflect.

The aesthetic exploration of Riccardo va all'inferno, a dreamy description of the moral decadence into which modern society is falling, unfortunately provides little comfort. Roberta Torre's Riccardo is the emblem of power that will by nature inevitably drag everyone and everything along with it on its way to hell. Perhaps we should refresh our knowledge of Shakespeare.

The film was produced by Paolo Guerra in collaboration with Agidi, Rosebud Entertainment Pictures and Medusa, who will be distributing the film in Italian cinemas from 30 November.

The director is on set with Alba Rohrwacher and Filippo Timi, shooting a film produced by Stemal Entertainment and RAI Cinema, based on the icon that is Monica Vitti 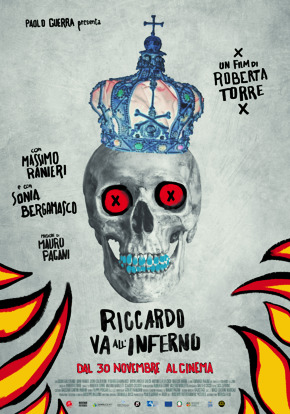 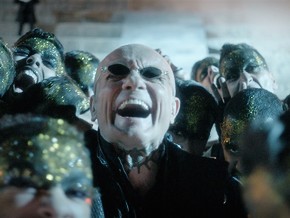 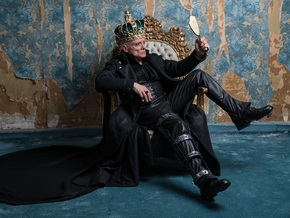 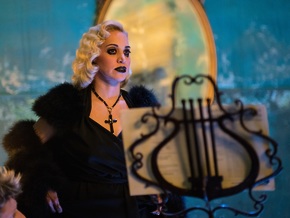 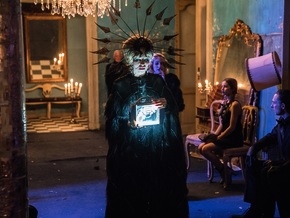 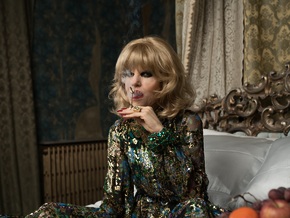 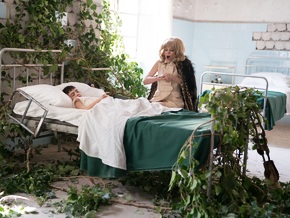 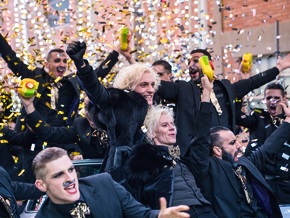 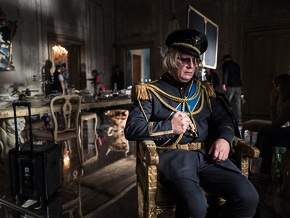 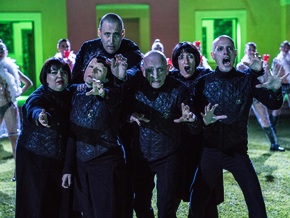 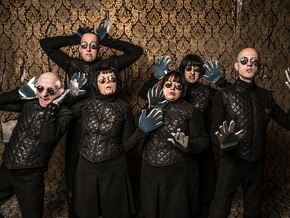 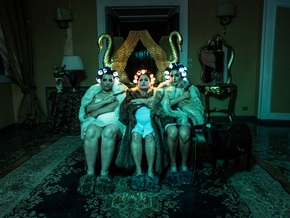 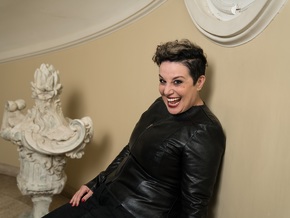