Review: Of Fathers and Sons

Syrian-born, Berlin-based filmmaker Talal Derki shook the documentary world in 2014 with Return to Homs [+see also:
trailer
film profile], in which he chronicled the siege of the eponymous city through the eyes of the local volunteers fighting against Bashar al-Assad's regime. The film won the Grand Prize at Sundance and went on to become one of the most talked-about films of the year. Now Derki is back with a new film set in Syria, Of Fathers and Sons [+see also:
trailer
film profile], which world-premiered at the IDFA and is at present screening in Sundance's World Cinema Documentary Competition.

Derki gained the trust of 45-year-old Abu Osama, one of the founders of Al-Nusra, the Syrian arm of Al-Qaeda, and lived with his family in northern Syria for two-and-a-half years, pretending to be a devout Muslim. Abu Osama deeply believes in Sharia law and has named all of his sons after perpetrators of 9/11. His two eldest boys, Osama and Ayman, 13 and 12 years old, respectively, are already being primed to become jihadi fighters, and Derki follows their growing up and training in a boot camp.

The filmmaker's access brings us rarely available images from the inside of the terrorist organisation, but also gives us a wider picture of the country where the government has little influence over what is happening in most of its territory. Abu Osama explains how the area they are living in is split between two factions of Al-Qaeda, and the viewer can see clearly how these groups control the everyday life of the whole population.

Abu Osama is a car bomb and mine expert, and at one point near the middle of the film, we see him recovering from an injury that saw him lose his foot. We also get to see him shooting from a makeshift bunker, as well as lining up and questioning prisoners from an undefined enemy army with his co-fighters. But Derki's intimate approach also depicts him as a truly loving and caring father. However, as he sends his sons to the training camp, we witness a contradiction that is hard to comprehend for a Western viewer. “Al-Nusra won’t send him to battle until he’s grown up, God willing," he tells Derki. "But if he’s old enough, I will send him to battle.”

And the sons? The training camp is a sight to behold, with the boys getting a full, child-sized Al-Qaeda uniform and getting drilled almost like real soldiers. But meanwhile, they are still kids, and their conversations reveal another powerful discrepancy – a game of war becomes the actual war, and the cut between the two can hardly be clean. So we see that Osama is very keen on becoming a fighter, and keeps asking his father to tell him how his friends were martyred, while Ayman decides that he prefers school – and his father doesn't seem to mind.

While not as frantically dynamic and exciting as Return to Homs, Derki's new film is no less disturbing, but on a more subtle level. While his debut was devastating with all its real-life death and destruction, his sophomore feature leaves the viewer with the conviction that we are not going to get out of the current terrorist situation for a long time to come.

Of Fathers and Sons is a co-production by German companies Basis Berlin Filmproduktion, Ventana Film and SWR, with Syria's Cinema Group Productions.

more about: Of Fathers and Sons

The festival's 4th edition saw Spain's Carlos Marques-Marcet walk away with the top prize, while Gabrielle Brady’s Island of the Hungry Ghosts triumphed in the Best Documentary category 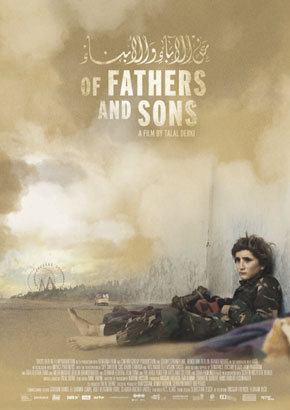 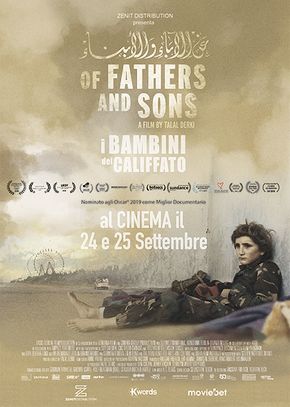 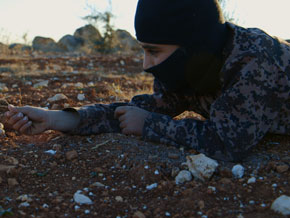 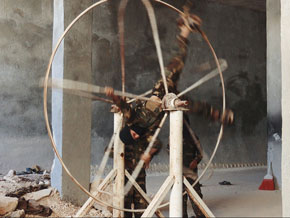 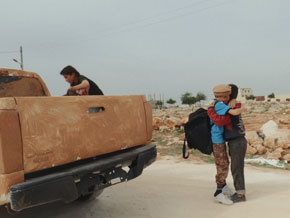 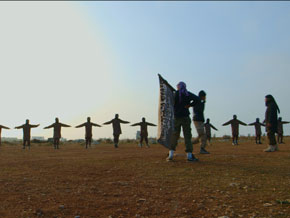 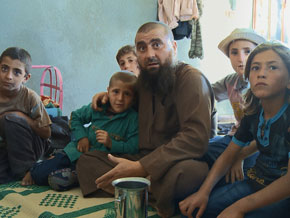