Ísold Uggadóttir appeared at Sundance for the first time in 2007 with her short film Family Reunion. Since then, the writer-director from Iceland has delivered three shorts that have participated in over 100 festivals around the world, and she has also won two Edda Awards for Best Short. And Breathe Normally [+see also:
trailer
interview: Ísold Uggadóttir
interview: Kristin Thora Haraldsdóttir
film profile] is Uggadóttir’s feature debut and is taking part in the World Cinema Dramatic Competition at the 2018 Sundance Film Festival.

Lára (Kristín Thóra Haraldsdóttir) is a single mother who lives with her young son, Eldar (Patrik Nökkvi Pétursson). She is struggling financially, her relationship with her girlfriend is troublesome and she must grapple with her personal addictions. Luckily, she is accepted onto a training programme to become a border force officer at Keflavík International Airport. During her time on duty, she stops Adja (Babetida Sadjo), a refugee from Guinea-Bissau who is trying to travel to Toronto on a forged passport. As a result, Adja will be detained for the next few days, and her fight for political asylum will begin. After this initial meeting, a series of random events will lead to an unexpected and unique bond forming between these two women, who are theoretically poles apart but who are both seeking a new start in their lives.

Trying to escape from their own lives, both stricken by poverty, the two heroines are in search of refuge. Adja is literally looking for shelter, as her life is in danger, but on the other hand, Lára cannot afford to accommodate or raise her son. The current socio-economic environment is utterly hostile for anyone in need, and Uggadóttir captures that anxiety through a film that never turns melodramatic or becomes a mere cynical observer of events. Thanks to the natural style of camerawork by Ita Zbroniec-Zaj, which follows the story closely, and the physical performances by both Haraldsdóttir and Sadjo, And Breathe Normally feels like an honest documentation of the lesser-known social aspects of life in Iceland and certainly puts particular emphasis on asylum seekers.

This should come as no surprise, as Uggadóttir, who also wrote and co-produced the film, has always kept a close eye on marginalised minorities. As in her previous work, she focuses on female characters while expanding on the topics she has already explored, such as the aftermath of Iceland’s financial collapse, the consequences of addiction and the issues faced by the LGBT community. Probably for the first time ever, a film from Iceland is dealing with the refugee crisis and how this is handled in a country that seems a million miles away from the hot spot of the events. This is more tangible for Uggadóttir because she offered up her time to asylum seekers as a volunteer. Reality is harsher than fiction, and everything can be encapsulated in the sublime metaphor of the cat shelter used at the start of the film, where Eldar makes the honest observation that it is strange to have to live in a cage – but the reasoning would be simply, “It’s just the system.”

more about: And Breathe Normally

"I'm often asked what is it to be an actress having kids, but my male colleagues don't"

"I've grown a bit weary of the romanticism of Icelandic nature"

Ísold Uggadóttir’s debut feature and Sundance winner, And Breathe Normally had its local premiere in Iceland last week. We had some questions for the director

The film, written by the director herself, is based on a best-selling novel by Audur Jónsdóttir, one of the most accomplished writers in Iceland 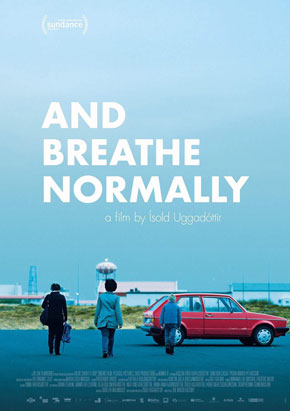 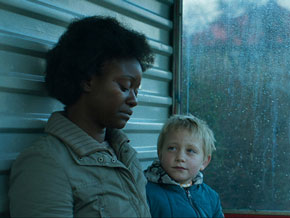