The Return: Going back to unknown origins

The first feature by Danish filmmaker of Korean descent Malene Choi, The Return [+see also:
trailer
film profile], is a docudrama hybrid, as the press notes inform us, partly based on the director's own experiences. As an ostensibly autobiographical work, it is a sensitive film that tackles the themes of identity and culture gaps through protagonists of Korean descent who grew up in the West and are now coming to Seoul in search of their origins. The film world-premiered in the International Film Festival Rotterdam's Bright Future section and is also going to Göteborg's Nordic Competition.

Karoline (Karoline Sofie Lee) was adopted in Denmark as a child and now returns to Seoul for the first time to look for her real parents. In the hostel where she is staying, she meets other adoptees from Europe and the USA who are on the same mission, including Thomas (Thomas Hwan, from the 2017 Rotterdam title The Man [+see also:
film review
trailer
interview: Charlotte Sieling
film profile]), another Danish-Korean.

Karoline first goes to the adoption agency, where she learns very little from the evasive employee who claims that Korean hospitals do not really keep all the information for a very long time. Thomas, who has been investigating more deeply, explains to a puzzled Karoline that she has to be more persistent and that the agency is bound to lie – not an obvious approach for a person raised in a country like Denmark.

The plot and themes of the film are based on and powered by issues of culture clash and undefined, or possibly indefinable, identities. Karoline and Thomas speak to other adoptees, and one of these scenes, possibly a completely documentary interview with a woman who found her parents and experienced unexpected emotions, is particularly poignant, especially as it is cut and then edited in between other scenes in the second half of the film, with the most touching moment taking place in its last part.

Similarly, Choi starts the film off with low emotional intensity, introducing us to the characters slowly and building up very gradually to the emotional climax when Thomas finds his mother, with Karoline present as a silent observer. With the atmosphere set up this way, once the really touching moments come, they resonate on a more emotional level with the audience than they would if the narrative milestones in the screenplay by feature debutant Sissel Dalsgaard Thomsen were succeeding each other in a more traditional manner.

This approach is also supported by the overall vibe of the film, which is often documentary, with flat digital cinematography by Catherine Pattinama Coleman (also debuting on a feature film) and sometimes sudden and raw cuts by Julius Krebs Damsbo (Winter Brothers [+see also:
film review
trailer
interview: Elliott Crosset Hove
interview: Hlynur Pálmason
film profile]), reminiscent of simple home-video edits or found-footage movies. The simple and sometimes dreamlike score by Philip Nicolai Flindt (best known as a sound designer), which includes audio effects that bring to mind the sounds of 1980s computer games, adds to the feeling of the protagonists’ inability to connect to this new world that they view as both alien and weirdly familiar.

The Return was co-produced by Denmark's Walenciak Film and Adomeit Film, and South Korea's Cine Everywhere. Germany's Pluto Film has the international rights.

more about: The Return

End of filming in sight for A White, White Day by Hlynur Pálmason

A trip around the entire world through the Rotterdam awards

China’s The Widowed Witch has taken home the Hivos Tiger Award, while the European titles Nina and The Guilty also won big

The Return: Going back to unknown origins 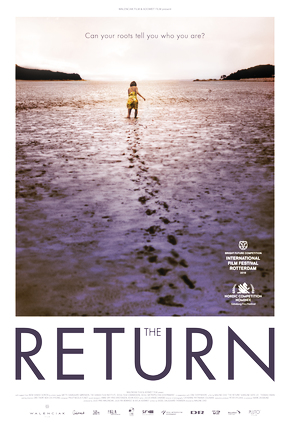 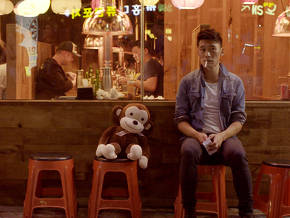 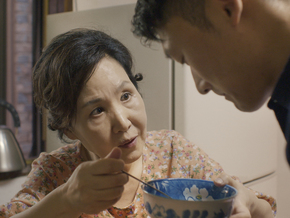 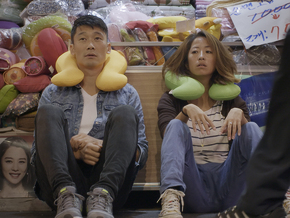 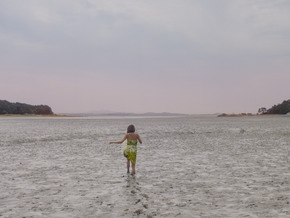 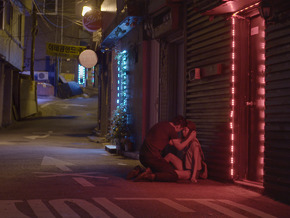