In Catholicism, “Ordinary Time” refers to those periods that fall outside of the major liturgical seasons. In Susana Nobre’s new feature Ordinary Time [+see also:
trailer
film profile] – currently screening in the International Film Festival Rotterdam’s Bright Future section – we get to witness another of them: that of a period of maternity leave. The Portuguese producer-director originally had the idea for the film during her own maternity leave, when she was visited by friends and family, who invariably talked about themselves as much as they did about her newborn child. Back then, she did not shoot what could easily have become an intimate portrait of motherhood, but years later, she decided to focus on other people’s experience as first-time parents.

Ordinary Time centres on couple Marta and Pedro and their little baby, Clara. Marta and Pedro are a couple in real life, Clara is their child, several supporting characters are indeed their relatives and friends… And yet the film is a fictional project – a fiction that openly flirts with reality like so many other films have done over the last decade, as the blend of what’s real and what’s constructed has become a common trend in the documentary genre. In that sense, Ordinary Time is an ordinary film in its own hybrid nature: real sets, real sound and non-professional actors saying scripted lines, trying to bring authenticity to an artificial moment, which is also (perhaps) a real moment, much like a frame stolen from reality, which immediately gets transformed as it passes through the filter of fiction.

Beyond the ordinary, though, what is striking about the film, in these fast-paced times, is its contemplative tempo, the quietness of its minimalism and the near-total absence of conflict, which would infuse the narrative with some potential tension. Apart from a small argument between Marta and Pedro towards the end, the whole film is based on conversations between them and with their guests. As a result, Ordinary Time partially leaves behind the sphere of parenthood and delves into other people’s lives and memories. The generational confrontation brings backstories from the past, such as the photo album of Marta’s mother or the journal that Pedro and his father wrote together during a road trip to Italy. Another confrontation – city versus countryside – allows the film to breathe outside the huis clos of the apartment, taking the couple to Alentejo, where, again, locals share stories from the past when women in the countryside had no access to birth control and often witnessed the death of some of their offspring.

Ordinary Time is one the five Terratreme productions currently screening at Rotterdam (read more). Time may go by slowly as you watch it, but once you allow yourself to dive into it, the invitation to decelerate becomes irresistible, and the film grows into a pleasant, contemplative experience. 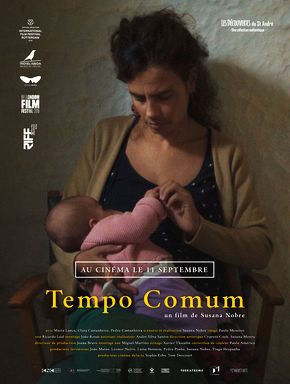 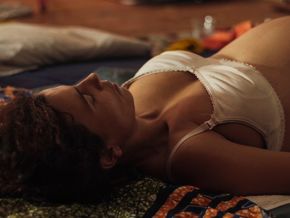 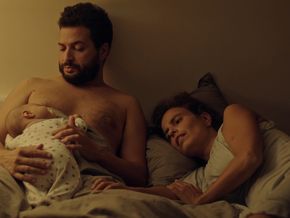 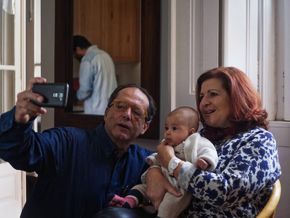 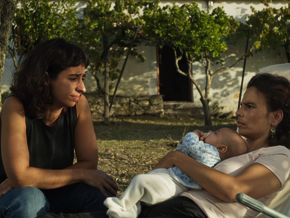