01/02/2018 - In Jesper Ganslandt’s film, which opened the 47th edition of International Film Festival Rotterdam in the Voices section, Northern Europeans are forced to flee

The basic concept underpinning Jimmie [+see also:
trailer
film profile] is solid: what if we were the ones forced to flee? Swedish director Jesper Ganslandt, who is presenting his new film at International Film Festival Rotterdam, imagines a situation in which Sweden is engaged in a war that forces its inhabitants to flee the country, in order to get white audiences to empathise with the millions of refugees who are forced to leave behind their native countries to come to Europe.

The story is told from the point of view of a four-year-old, Jimmie, who embarks on a journey of hope with his father in a Europe teeming with border police that doesn’t seem all that different from the reality of today. The mise-en-scène is particularly on trend, with cold colours, whispered dialogues, loud music employed to stir emotions and a hand-held camera in tense scenes.

An arthouse aesthetic for a faux-progressive film that deals with the problems faced by migrants somewhat superficially, something that is particularly evident due to the close-ups in which the camera moves at water level while Jimmie calls out for his father in vain, or some of the fairly obvious flaws in the screenplay, for example the scene in which some Swedish migrants pass a police check by saying that they're going skiing. Because even in the most extreme situations, these refugees are always polite and kind, as if they’re somehow superior to those that came before them.

Jimmie and his father (played by director Ganslandt and his son) travel through several European countries, a narrative device that allows the director to describe various special police corps manhunts, with close-up shots of the young boy’s face. Although it’s not clear whether these shots are intended to capture the child’s changing moods or to stimulate compassion. Other refugee families enter the scene, but we don’t know anything about them – their stories seemingly don’t matter to the director. As the storyline progresses, everything becomes somewhat confused and it’s quite a challenge for the audience to understand what's going on.

In conclusion, Jimmie feels like a half-finished film. The noble intentions of the director, who tries to play on the consciences of Northern European bourgeois audiences, only end up posing further questions. Why is that we need to see blonde Europeans on screen in order to be sympathetic and supportive, and to understand that people who are not blonde have been forced to migrate due to the disasters caused by the ancestors of white children such as Jimmie.

Core of the World takes home the main award from Riga

After the success of Bloodline on Netflix, the Swedish director is now working on an eight-episode series produced by Piodor Gustafsson

Swedish filmmaker Jesper Ganslandt talks to us about his new project, Jimmie, which won the Eurimages Lab Project Award in Haugesund last August

In Jesper Ganslandt’s film, which opened the 47th edition of International Film Festival Rotterdam in the Voices section, Northern Europeans are forced to flee

Eight films have been selected for the festival's Big Screen Competition

The Swedish director and his son Hunter star in his cutting-edge fourth feature, still in production, which was presented at the Norwegian International Film Festival 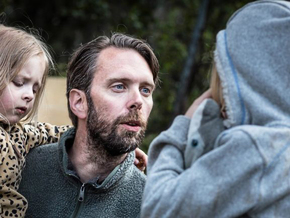 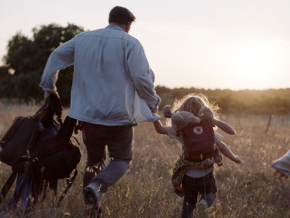